A podcast about movie making and the science fiction featurette, Daughter of God, with Director Shri Fugi Spilt, (Dan Kelly). Daughter of Godcast, Episode 055, Transparency. You helped make that movie.

Oh another gorgeous day on our planet Dirt, there's a fusion reactor blaring in the sky, and this is Episode 055, Transparency. A short and sweet episode! 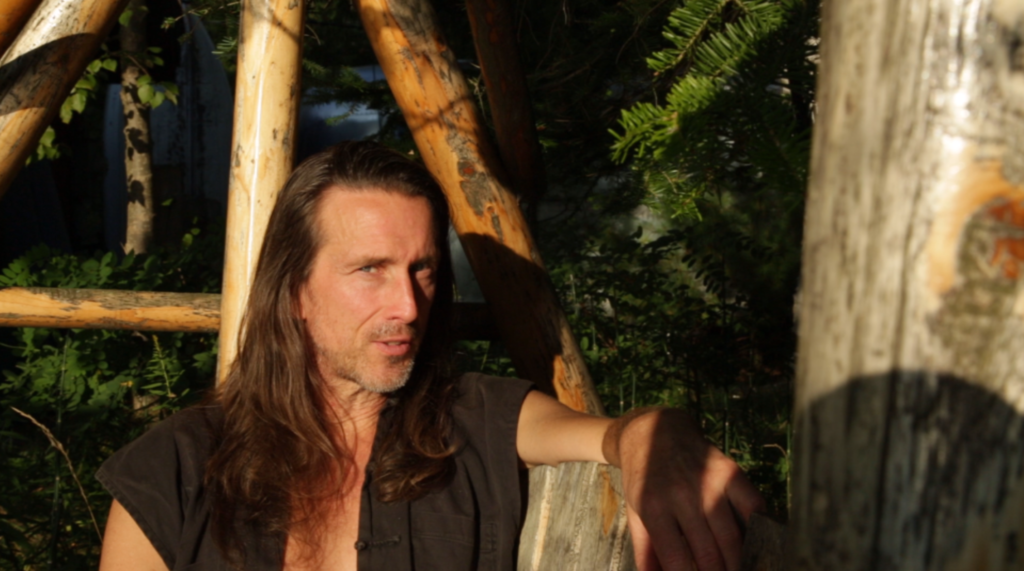 I'm feeling pretty excited. We're coming to the end of the historical podcast, a minor slew of episodes from now and we'll be caught up and in the present. 2016 is the year we started the gentle release and weekly podcasting about the making of the Daughter of God. In 3-4 months we'll start by screening snippets, then great chunks and eventually the entire project, tweaking and polishing along the way.

I don't know if this has ever been done before.

I'm talking about our transparency with the production process and the upcoming screen tests, involving the audience in the completion of a project. We are bringing this movie to the world together. This could sound gimmicky, so let me clarify what I mean and then answer any objections I imagine you might raise.

A good movie can be watched over and over. Certainly watching that first time is special, but knowing a movie is worth coming back to, worth sharing with friends, that's a blast. Great movies keep giving, like Eternal Sunshine of the Spotless Mind, Dr Strangelove and Room with a View.

If this is still 2017, then you haven't seen DOG yet, because screening won't start until 2018.  By the time DOG is on Netflix, you'll already know lots about the movie from listening to this podcast, have experienced huge swatches of content and hopefully, influenced the final version. Watching the ultimate cut for the first time will feel like a worthy rewatch, with hyper drive engaged.

As we begin screening, I'll be asking for feedback. Your ideas and opinions will significantly influence the completion  of DOG. This is a natural extension of the conventional cinematic test screening process, mentioned in episodes 025, 028 and 030.

When a movie is almost done, the producers rent a theater and invite an audience to come and watch. Afterwards, the audience is asked to fill out questionnaires and then a producer will ask the audience questions about their experience, whether the story made sense, etc. This feedback is often taken into account to revise the movie. Ridley Scott's Bladerunner was tested in multiple versions around the US and then infamously sliced and diced based on the results.

DOG is testing way earlier than most other movies. Why? Because we can! Check out this crazy internet! We've got 10s of thousands of brilliant people available to help, why not ask?

Back when I was developing software in the 90s, human computer interaction was key, and whole conferences were dedicated to finding out what worked for users and what didn't. The best way to know is to test, test, test. Ask people to talk about their experience as they used the software.

So is this a big deal? Kind of. For the sake of argument, let's assume DOG doesn't suck, is in fact pretty watchable. Achieves cult status with the truly groovy artists, lovers and dreamers on this planet.

That's what I'm aspiring to BTW, I only want to be famous among cool people. I am not interested in having paparazzi hiding behind my compost bins. I want to be on the radar of decisively imaginative and passionate beings, riled up to collaborate on exquisite outcomes. My standards for groupies is super high too!

So let's pretend you've seen DOG and it's pretty fun. I know, all you've got to go on is my gassing on in this podcast, some poetry, a little singing, a few production stills and sporadic interviews with producers. She IS coming. If I can avoid being run over by a street car or flattened by asteroid fragments in the next year you'll be seeing this movie. Today's thought experiment is this - you've already seen DOG and indeed, it's boffo. Worth the wait. Because you were involved as the screening started, your feedback was amazing, helpful, relevant.

Daughter of God also comes complete with detailed documentation about how this movie came to be, e.g. this podcast which BTW, encodes guidelines for achieving any creative outcome. Because the making of this movie made me, and that's why we do anything, to become more than who we started off as, before we made the movie, painted the painting, wrote the book, raised the kid. Our stories of moring.

The podcast episodes could become the basis for a feature documentary, to be released concurrently with DOG. An easily digestible version of the podcast, but re-purposed as a movie with all the best stuff distilled down to a supercharged draught of hell yeah, a recipe for how excellence manifests. Not encoded, but right out there in full view.

I'd love help with this too. You who are the most dedicated Daughter of Godcast podcast watchers and listeners. Tell me which podcast moments and stories are your favorites... and why? What did you like best, help me turn 40 hours of jabbering into a burst of luminous pink revelation. I am asking informally today... re-listen to your favorite episodes and send me your notes.

So there could be two movies, Daughter of God and the making of Daughter of God, derived from this podcast which we've been deep into for more than a year. Then there's bragging rights, because you were savvy enough to be on the cutting edge, you helped make the first open source cult featurette.

But wait, there's still more! We're getting ready to open the deep development archive to the public, 25ok words of extra content and backstory plus conjecture, blaspheming, inspiration and tuning into the cosmic hum and buzz. Just gotta change a few proper names to protect the hardly innocent.

Two movies, bragging rights for being so freaking vivid, and a giant archive of Creative Commons content, ripe for fan derivatives.,

Why? Because Daughter of God is informed by an open source aesthetic. I've mentioned open source in Episodes 016, 018, 032, 037 and in the dog.movie FAQ but never gone into detail about my interpretation. Open source writ large means revealing the choices for a vibrant existence and enabling easy access. I'd like to share my knowledge and tools as others have shared with me. I'm into a sustainable and just human presence on our lovely planet, I think autonomous (voluntary) sharing is a good way to start.

I want Daughter of God to be enjoyed by lots of people repeatedly. That's my short version of success. If all this watching and rewatching comes from people paying for Netflix or Amazon, that's fine. Financial profit isn't the priority tho, I am tickled by the possibility of reputation replacing money eventually. What a freaking utopian.

Two movies, bragging rights, massive Creative Commons archive, and facilitating the dawn of thrivival culture. That's what you got going on.

Did I mention that I don't know what I'm doing? That's a feature, not a bug! Consumer culture is a big boring drag and I just can't sanction participation. There's hints and clues about alternatives, as I discussed in episode 054. Why not choose bliss and passion, by borrowing worthy ideas where we find them and making up the rest? That's what the gentle release is all about, trying new things, inventing the future with you.

I've got a friend who recently returned from recording sound for movies in LA. He reports that the work is fun, but getting paid is a huge hassle, discouraging. A story about the movie capital from boots on the ground - a glut of hard working creatives being taken advantage by shyster production companies. Another story you've heard me tell before is that Hollywood keeps making the same movie over and over.

Alex Ferrari's Indy Film Hustle Podcast has fantastic clues about what's emerging for independent movie distribution, props to him and his guests. There is good news for renegades and mavericks, a clear path for not only movie makers, but maybe for indy artists generally and even for enlivened beings globally. Then again, I see groupies behind every compost bin.

By listening to this podcast, you've been involved in a transparent, slightly obsessive and likely unprecedented process, the gentle release of an open source, autonomous, Creative Commons featurette, the first by Shri Fugi Spilt aka Dan Kelly. You've listened, maybe you've watched too, you've raised funds, you've acquired swag. The adventure is amping up.

BTW, if you'd LOVE to be more intimately involved, offer feedback and evangelize your fellow mutants, AND you haven't yet gotten on the emailing list, please do - right now. Short of sharing a dish of pancakes at Artist house, that's the most direct connection you can have to me and DOG. Go to DOG.MOVIE and click on Get Email Updates.