Dan Kelly here, aka Shri Fugi Spilt Daughter of Godcast Season 4 Choice and this is Episode 170, She Box. A bit of a lengthy podcast and jam packed with production and conceptual esoterica. Welcome collaborators.

The She Box artists gathered on 12/04/19 for our second meeting. We started hashing out Act one of BJ and the Box. How does a box become a god? Let's backtrack a week or three.

In episode 165 Fall, I asked for feedback on a snippet of Buffalo Joe and the Box.

On 11/11/19 my steadfastly ebullient sister Pam opined as follows... 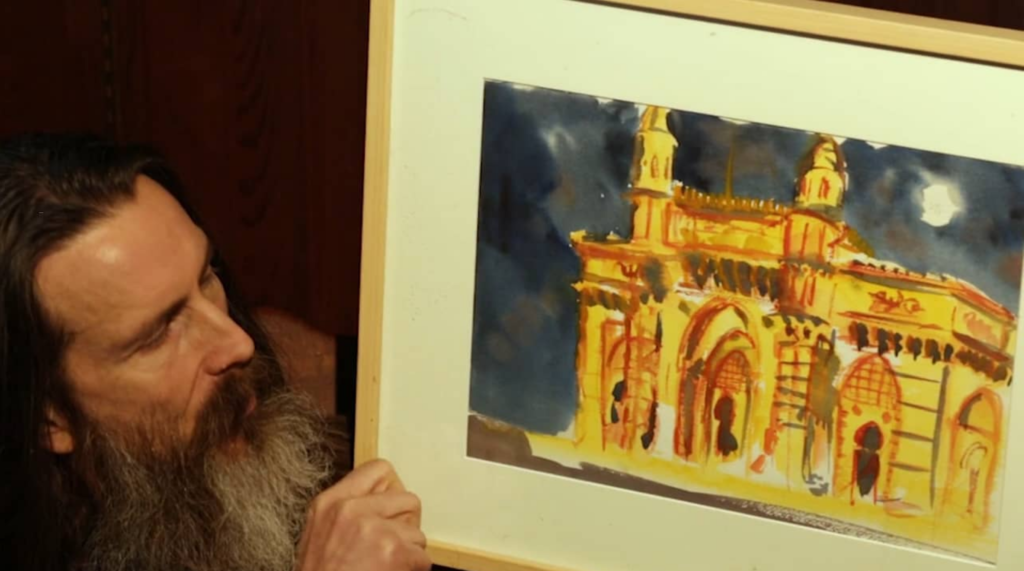 I love the kludgy exposition of classic science fiction, there's something endearing about half assed explanations that attempt to plug us into unfamiliar and often ill conceived worlds. I'm also into internally self consistent world building, but that's pretty subjective, what I consider internally self consistent may not be utterly ramshackle by the standards of hard science fiction.

One of my favorite movies is Louis Malle's My Dinner with Andre, written by and starring Andre Gregory and Wallace Shawn. All they do is talk for over an hour, but such ideas! Another zany talking movie is Waking Life.

"I anticipate elevating exposition to high art with additional elements currently under development." What the flying fuck through a rolling doughnut am I talking about? Simply stated, we three artists endeavor to channel her presence. The high art of exposition is helping She Box to be as vital as any actor based character, as real Buffalo Joe. If the audience connects with her feelings and desires, then she is alive for them, her life is a given. That's the ultimate show don't tell we're after. To achieve a My Dinner with Andre scenario, a conversation between two people.

What the dialog explains and reveals about the world and backstory is secondary, perhaps even a diversion. A chance for her to reveal herself as a whacky, flirty, savvy being.

Movie within a movie

What if She Box was a sort of cognitive gateway embedded in the movie, if she eventually became the movie? What if her presence gently subsumed the screen and we and she became one?

Film started out in black and white, sometimes tinted blue or red or sepia. The development of cinema was a list of surprises about human perception, the history of film's language - camera angles and editing - revealed mechanisms of human cognition. Let's say a movie has a scene of a truck driving down a highway followed by a man smoking a cigarette behind a steering wheel. How is it possible we can make sense of two unrelated images spliced together, build relationships between them? Is film revealing existing cognitive mechanisms or creating them? Trippy.

Some physicists actually wonder whether they are discovering the laws of nature or creating them, the bigger our telescopes the more the universe recedes. What if cinema, this now not so new art form, is just another way to create ourselves? "Discovering" all sorts of unprecedented cognitive capacities. The next advance on the adventure of desiring ourselves into existence.

Not to belabor this point, but here's the distinction between between discovering capacity and creating capacity - over a couple 100k years humans developed a fixed palette of abilities that have been mostly misplaced by modernity, cold exposure and fasting to name but two and once we discover all these capacities we'll know the full extent of the humanness, we only be what's already wired in. In contrast, creating capacity is ongoing, infinite. The full human experience is constantly expanding, we imagine and instantiate.

So we play with cinema, we play with this scene and see what other perspectives and super powers we can dream up.

Hey, what do ya know? Another why.movie!

She Box has a lot in common with the birth of cinema. Her hempboard surfaces are coated with a computational paint (Mediatronics) that only displays monochrome imagery and is not able to produce sound. Perhaps by revisiting these limitations we can facilitate a few more cognitive surprises.

Here's a quick sequence of cutaways that might trip our trap door, let She Box run the show.

The simplicity of the shots and editing in the Buffalo Joe and the Box could be another category of frame, a conceptual rather than spatial frame. For paintings, a frame is a sort of window in the wall and the painting is a world outside that window. Looking through a frame is like falling through a cognitive trapdoor into the infinite. Bringing us back again to the idea of a movie within a movie. The slightly mundane construction of the scene, (only two camera angles and a couple of cutaways, long takes between cuts), is framing a ephemeral feeling or idea, the potent thing isn't about nifty shots or innovative cuts, it's about what the shots and cutting encompass. The ineffable offered in a wrapper of simplicity. Angels in brown paper bags. An idea, a feeling, an experience? I don't know, yet.

This contrast with Hitchcock's 39 steps which I recently rewatched - 9 camera angles in the first minute or so, a little disorienting actually.

In the quest to create an authentic, resonant character, I'm reminded of Yoda from the original second Star Wars, Empire Strikes Back, who was in fact a puppet. One of the most compelling characters in the original movies, thanks to Leigh Brackett, Joseph Campbell and definitely Frank Oz, before Lucas lost his special sauce and the eventual sell off of his magnum opus to Disney.

Yoda transcended his puppet nature, how? This is certainly worthy of further research, is the magic of Yoda applicable to She Box?

During the 1/04 meeting with Mel and Joe, I touched on design criteria we'll be considering eventually.

There's lots of options for translating from 1:1 aspect ratio of a square box side the to 16:9 rectangle of a movie screen. The camera can move around the box or stay static. For simplicity's sake, let's only explore the options for a static camera. 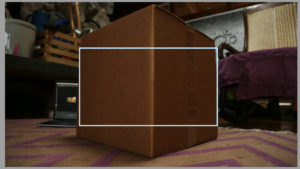 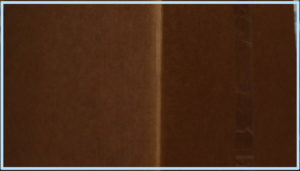 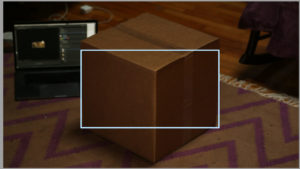 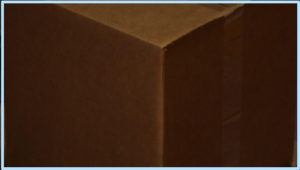 Perspective (foreshortened) 3 sides, 16:9 crop - bottom of box sides and most of box top cut off 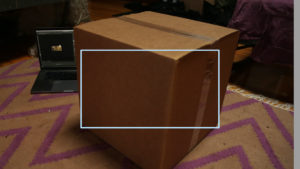 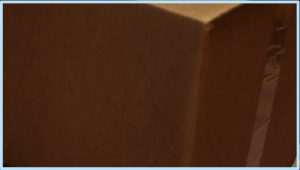 I wanna explore seeing one side of the box from this angle with no edges or tape visible, call it Dutch turbo. I'm curious how the foreshortening of the flat projection would effect the experience of the image. 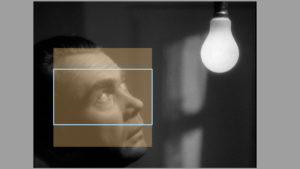 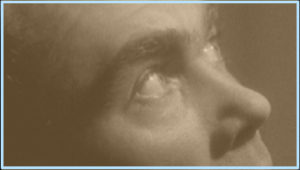 Orthographic view 1 side 16:9 crop - top and bottom cut off 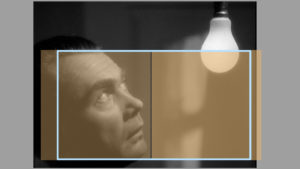 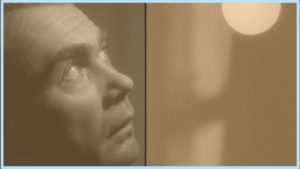 With all the image possibilities and multiple sides of the boxes with or without perspective and what not, thank goodness for monochrome - no color means less options!  Black and white movies, especially film noir and newsprint comics are two of the most iconic examples of the high art of monochrome imagery. We're reviewing Mark Cousin's Story of Film for cinema and Scott McCloud's stellar books on sequential art theory.

Bill Waterson's Calvin and Hobbes is another tour de force for comics, especially since Bill is on friendly terms with both cinematic and science fiction tropes.

Cinema wasn't in color and didn't have sound, at first. Though She Box speaks in Act 2 and 3, we can establish a convention that the phonograph is only capable of producing her voice, not sound effects or music. Limitations focus our attention on getting the most out of what we have... and decades of film history went by before movies and talkies were one and the same, from the Lumiere brothers Cinématographe in 1895 to 1927 with sync sound newsreels, short films and Al Jolson in black face. Mammy! And visual innovation in cinema didn't end with the deployment of sync sound, we've had 100 years of gorgeous movies since.

More insights on black and white to come.

The Box is actually a conglomeration of trillions of boxes spread across the planet, inter-communicating via encrypted shortwave packets. The mediatronic surface of the boxes is covered with computational paint, a thin skin of processor power, what nowadays we think of as a chip. The boxes are 16" cubes, so 16 inches x 16 inches / 144 square inches = 1.777 square feet. 1.77 sq ft x 6 sides = 10.66 sq ft and 10.66 sq ft x 1 trillion boxes = 10.66 trlllion sq ft or 380,000 plus square miles of "chip". That's about 1.5 x the size of Texas, the second largest state in the USA. A chip bigger than Turkey, Ukraine, France, Spain... The Box's cognition propagates over this vast network and even though radio waves travel at the speed of light, big epiphanies and rare data might take a bit of time to fully instantiate. So there's a look to how images appear, what is that look? That's going to depend on how we imagine the Box's network's architecture and communication protocols. There's been a fusion with mycelia, so looking into mycelial architecture might provide some hints.

Geeky enough for you? Looking for more esoterica, unpredictable swings of the content pendulum? One episode he's threatening to describe his coffee enema protocol and the next he's yammering on about mycelial packet networks and why he still in love with most of his ex-girlfriends. This is what hanging at the epicenter of open source art feels like, this is where the transformational wave of 2020 started, right here - You are here!

Daughter of Godcast Season 4 Choice Episode 170 She Box and this is Dan Kelly aka Shri Fugi Spilt. Recently I dreamed I was in bed sleeping, but there was a girl in the room playing guitar and she was causing me to sing along in my sleep to her songs. I was singing California Dreaming by the Mamas  and the Papas and in my dream I sang the lyrics like this "walked into a church - I passed along the way - you know I got down on my knees - and I began to pray -  the preacher liked it cause - he thought I gone astray." I always thought the lyric was "he thought I was gonna stay" but in my dream I thought I got it right with "gone astray". Turns out I was wrong both times and more besides, it's "stopped into a church - I passed along the way - you know i dropped down on my knees and I pretend to pray - You know the preacher likes the cold - he knows I'm gonna stay", fuck. Wherever they are, it's cold and they wish they were in LA, where it's warm. Then later in my dream I was singing that again, wrong,  and still in the dream my brother came into my room and shone a flashlight on my face and I cursed him and realized I had been singing in my sleep and woke up the whole house. I have sung in my sleep out loud, lyrics that I didn't even know I knew that were right. Brains are amazing, I'd highly recommend having one.