Daughter of Godcast Episode 168, Now This, Season 4 Choice, Dan Kelly Shri Fugi Spilt. This is Episode 2 of 6 in our mad dash into the moment, having paused podcasting for a few five weeks. Got your golashes on? Puddles ahead!

In past episodes I've touted DOG as open source cinema... what does that mean? Sharing, basically. Sharing my process of making my first feature, now the finishing of my first feature feels like... more and more. I've been documenting both the geeky, technical adventures and my emotional unfolding. Because the two go together, at least for me.

This podcast may have started out as an outreach effort, and connecting people to the movie might be an outcome still but as we've gone along I've let go off agendas. I podcast because I enjoy reflection, I like the feeling of monologue-ing to the cosmos, deliberately. Of whispering, "Here I am" and waiting for the echos. Documenting myself in this public way, regardless if any actual humans are paying attention, feels kind of genius. I am learning how to make art for myself, art of myself. Receiving, discovering, practicing an art of life. Here's a podcast about the results of unusual choices based on deep trust. 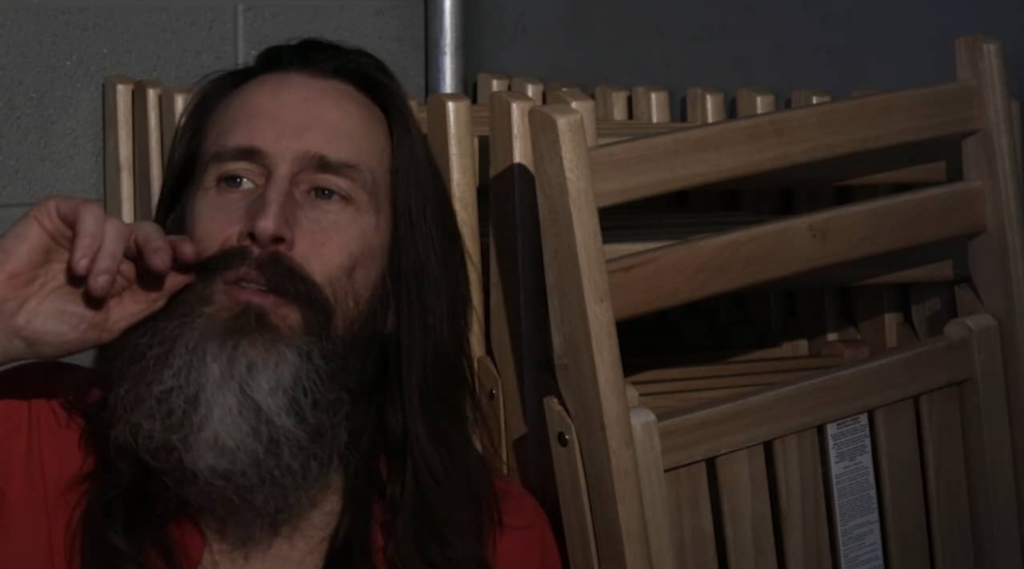 My uniqueness feels universal - I, misfit. We could all be misfits, discreet physicality yearning for some sort of belonging, union, connection. There's plenty of that to be had, the kingdom of god is spread upon the earth and man does not see, well some see. But the premise of Theme Park Earth is that we forget what we are on purpose, we are ignoring the waters of eternal life at our feet because we want more than mere eternity and omniscience. That's our mission on earth, to go beyond god. How's that for some epic rhetoric? These podcasts are like a box of cracker jacks, there's always a prize inside. That's the prize for this episode.

That's a pretty nifty tag line, going beyond god. Maybe as a general sort of branding for the looming singularity or Elon's Neuralink specifically. Seems to short circuit perspectives across the board. If you're a believer you get pissed because god is the ultimate, he'll kick your ass if you try and go beyond him. And skeptics get their toes trod on too because there's no god to go beyond, so you end up nowhere. A blasphemous nonsensical sentence, but YOU get the drift, don't you dear watcher, listener, reader. I think I'm getting the hang of this guru schtick. Or at least public relations.

OK, wow. What a lot of words. In summary, open source art is going to be messy. Art is expression and therefor self discovery so if I'm gonna be an open source artist it's gonna get personal. Universal too.

My famous brother Jim told me Stephen King started out as a closet scribbler, I love that imagery. A big burley dude scrunched up against diaphanous dry cleaning shrouds, his pencil and wire ring notebook dimly lit by a dangling light bulb, or better yet a guttering candle at his side, the faint scent of mothballs in every breath. Was he dreaming of fame and fortune in that closet? Or was he just having a ball writing to himself?

Another hunch. Maybe the hundreds of thousands of words I've written and spoken since starting this podcast are just feed stock for some future project, another outcome I have yet to imagine. So the why of why.movie is no big deal, we'll find out soon enough.

I am hankering for some impersonal geeky stuff, how about you? Let's get pragmatic.

There's a little more live action to shoot, pointing cameras and microphones at actors (me) in the real world.

The list of upcoming live action production is finite, with a little luck I'll be beard free before Christmas. That's a little joke. I'm hanging in there with this beard, like my busted arm I'm getting by... for now.  I might be slightly ahead of myself thinking about shifting gears into VFX before the live action is done, but remember in Episode 167, fortunate fitting togethers? I am initiating the VFX phase of BJ and the Box as the live action phase finishes up, because the VFX phase needs a bit of warming up before we pull out of the driveway.

Since episode 164 and 165, launched on 11/4, I got to spend 2 days with a brilliant, talented and beautiful Muslim polymath who inspired at least two new scripts, I winterized a workshop for a tenant, had quality time with a rental dog, did marijuana research and initiated a visual language initiative for the scene Buffalo Joe and the Box with Melonie Steffes and Joe Cissell, no relation to Uncle or Buffalo Joe.

I was talking to someone about where the name Joe for Uncle Joe and Buffalo Joe came from and I posited maybe because my middle name was / is Joe, but I recently relistened to Joseph Campbell and the Power of Myth with Bill Moyer and I realized, duh, Joe Campbell.

Buffalo Joe and the Box

A brief recap of this scene. Uncle Joe gets a message from a burning box to travel to a secret location where he finds another box, the Box, capital B. At this point in the story, all boxes are the Box. Anyway the Box's primary mode of communication is visual, she displays words and imagery on her sides in monochrome mediatronics. She is also a god, so her words and images are redolent of divinity.

I've asked Joe and Melonie to collaborate with me on developing her visual style, operating under the theory that a hive mind comprised of three savvy artists might equal one goddess.

An initial fabulous adventure, developing the visual presence of a god with Joe and Melonie. Other adventures are implicit - what are the design criteria, how do we optimally collaborate, are the Box's images animated and if so who does the animating, how does The Box's visual presence effect the scene, how can this collaboration drive inspiration all around, should I encourage other artists to be more relevant to VFX...

I think these questions need their own episodes, an episode for visioning and a super geeky hands in the clay episode, at least two additional episodes. I need four more to catch up anyway... Launching a month's worth of podcasts generates a lot of energy. Maybe like letting dishes pile up in the sink. When the kitchen clutter reaches critical mass, washing up yields a big transformation, feels like I've conquered the Universe. Procrastination as dramatic enhancement... we're not lazy, we're epic!

Dan Kelly, Shri Fugi Spilt, Daughter of Godcast Season 4 Choice, Episode 168 Now This. Weeks of skipping episodes, could this be an indicator of podcast burnout? Are they still fun for me? For us? What I know for sure is that I've generated an incredible amount of content in the last 3 plus years. Not only have I been podcasting but I've also been movie making, so taken together that's a lot of art, a lot of creation. If even 10% of what I've created here is fabulous, that's a lot of fabulousness. Yes, I think podcasting is fun for me, maybe even funner than when I started. Am I having fun right now? Probably. In my portfolio of deliberate projects currently unfolding, Daughter of God is certainly the top priority. The podcasts celebrate the cumulative momentum I'm feeling, an opportunity to revel in discoveries and insights, appreciating how much fun I'm having. Who doesn't want to appreciate fun? There's that universal uniqueness again.