Releasing two podcasts bi-monthly could be called cheating, a weekly podcast should be one episode released per week, right? Well, that paradigm got thrown under the bus a couple months back and since I make the rules, no harm no foul. I guess my current listenership might be downtrending due to this decision. Proof perhaps that I am really just podcasting for myself and audiences are incidental. That's might be a radical concept actually, selfish podcasting. In the supposed attention economy which seems to be about getting attention from others. Isn't attending to ourselves, introspection kind of the basis for enlightenment or at least not being an asshole? Navel gazing is not the focus of this episode however, we had enough of that in Episode 161. We'll wind our way back to spiritual considerations in future episodes. For today, let's movie. 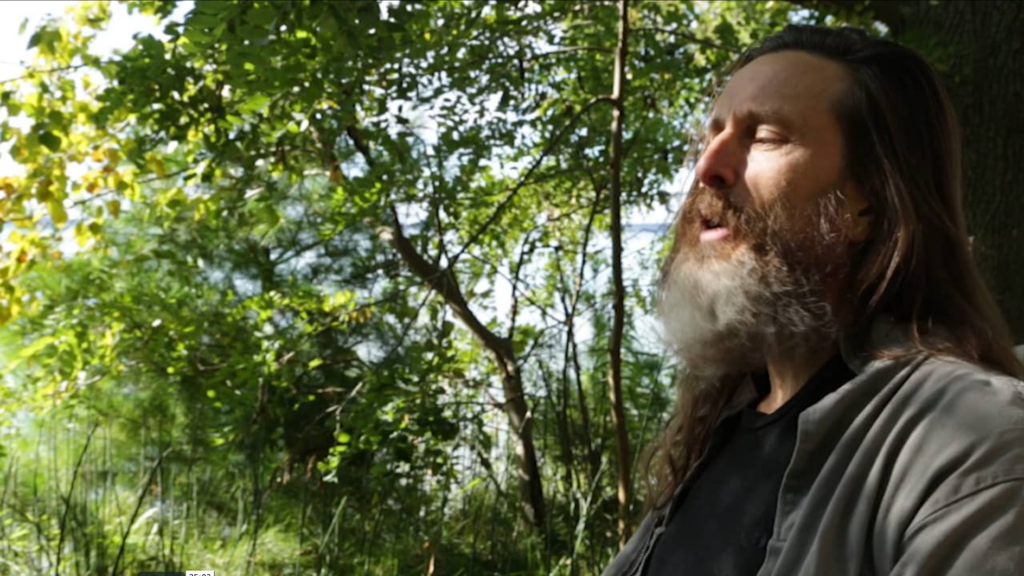 Scriptease, deliberate spelling there S C R I P T E A S E. I've been hitting the Daughter of God script, letting the puzzle pieces assemble optimally. So Script + ease, which describes my approach. I also like Script Tease, which means I want to tease you with fragments of the story's current manifestation. The erotic is suggested too, the taking off shirts and skirts, blouses and trousers. Also Scriptese, a dialect or variant of english specific to scripts and script writing. I'm enjoying writing this for you by the way, this is a written and then spoken episode, this whole episode then is scriptese.

Since Daughter of God is an open source movie, you can get as close to my process as you care to / dare to by visiting why.movie. There's a script, backstory and production plans from way back when to the present. The project is languidly exposed for the prurient and curious.

In a post apocalyptic universe next door, a young refugee gets a cell call from her dead uncle telling her that she is going to give birth to the Daughter of God. If she can convince the recluse down the hall to collaborate with her, it will be twice the miracle.

Intriguing, right? You want to know more. You're definitely considering taking a meeting with me, perhaps lunch at the 101 Coffee Shop at 6145 Franklin Avenue in Hollywood? Suddenly, the elevator grinds to a halt. There's been a power failure. Now what? I need an extended elevator pitch.

This is an exercise to distill the story down to the basic elements, and check the flow. Just ahead, a total spoiler, the whole story. If you've been listening to this podcast for awhile, you're ready for spoilers, itching even for spoilers. If you don't want to know, turn this podcast off immediately. Stop reading.

The most recent version is HERE.

This has been a major spoiler, but you wouldn't be here if you weren't all about the spoilers about the making of the movie and the making of the me. With a little luck, the movie is gonna be awesome. But the movie is going to be under two hours. I've taken over 14 years to become the guy who could make this movie. That's where the life happened, that's where the fun is / was. So you naturally are going to where the most fun is right now. We'll have a party someday at the theatrical premiere, on the red carpet. That will be a crazy fun night with hot tubs of naked gorgeous people and mojitos and spliffs and dancing and kisses. 8-12 hours I'm thinking. Still tho, this is where most of the fun unfolds, and you're smack dab in the middle, right where you belong.

Tagged story, too much, trainwreck, use only as directed, wtf