Episode 158 Rehearsal, Season 4 Choice the Daughter of Godcast and Dan Kelly Shri Fugi Split. This episode title refers to what I'm not talking about today, getting back into character for Joe - Uncle Joe, Buffalo Joe. Remember, the movie? We're making? Daughter of God? Nope, not talking about that today. We're going meta instead, Rehearsal of ourselves, who we are for real, choosing to be, becoming, they can all be the same. And YES, you can rehearse yourself, it's ok, it's legal. 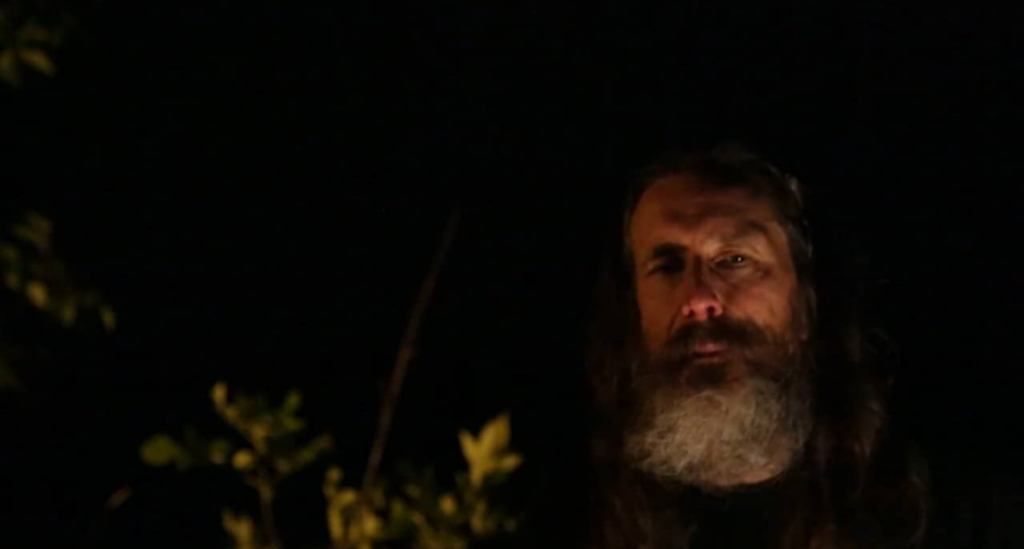 Another thought. Leaving Facebook which is the illusion of friendship. What's the alternative? I want an open source distributed social media that isn't controlled by android boy, rather by those who are on it. If we want democracy we damn well better surround ourselves with it. In the meantime, I'm reactivating my encrypted email and will be posting my public key. If you want me, that's how to find me and talk to me. We might create massive cc lists that are moderated by us with NO ads and NO data mining. Eventually someone somewhere will come up with something better. But we can't keep posting videos and articles about what's wrong on a platfom that we con't even know who is seeing what we post. We can't espouse principles of freedom and justice unless we take some fucking responsibility for ourselves, otherwise we're just going to go crazy with the dichotomy. I'm done with dichotomy. I want to feel full, alive, empowered. I've decided to support myself fully.

As of July, I have left Facebook. Also Instagram for the most part. I am still posting podcasts there but I am not checking out my feed anymore. The prevailing wisdom is that social media is the foundation of independent movie distribution, but I am clear that corporate social media sucks and is a waste of my time. The Daughter of God won't find her audience through angst and struggle. She'll connect by magic, utilizing the vast and mysterious resources of the cosmos, working in mysterious ways, oozing into day dreams or flashing a jagged glow across cloudy cognition.

I could go into all the specifics of why I made this decision, the science behind why people are generally unhappier and less productive when they indulge in Facebook, etc. but I am not making an argument to influence your behavior, I'm just following my own intuition. I know I am happier and more focused on fun now.

A bold new future, off on my own. Feels like solitude and presence, feels like the mid 1980s, when I first explored overwintering in Michigan.

Feeling lonely wasn't assuaged by Facebook, only intensified. Facebook taught me that loneliness isn't about whether others can see me, get me. I'm just forgetting to feel all that I am - vast, thrilling, love incarnate. I've always done pretty well by myself, solitude. That's the flip of being a gregarious, people loving guy. Now I feel a universe, I am communing with, I am recognized by butterflies, the ten thousand colors of sunset, the sleep of mostly everything early in the am, on this end of summer night. I am somehow recognized by everything, even the taciturn heavyset grocery store checkout girl who's prolly got a lot of yearning that she's trying to disregard, even in her turbulence we flash our silent signal lamps of recognition and appreciation.

Imagine me climbing up on my soap box now, in one hand I'm clutching a stiff little old glory on a stick, made in China, no doubt.

Back in the day, I used to write letters to my friends, that's how we kept up. Yes as recently as the late 20th century, people shared ideas and showed their love with letters distributed by the USPS.

Email is faster and more easily shared but it's significantly flawed compared to a paper letter - there's no envelope. Emails travel across the internet in the clear, anyone with a bit of tech savvy can intercept and read. Like the government. The NSA is collecting everything, that's not conspiracy, that's fact. In comparison, it's a federal offense to tamper with actual RL mail, but there's nothing to prevent your email from being intercepted and read. Think about that, a 20th century technology is STILL more secure and private than email. By choice, that's the crazy bit. We could easily encrypt our email, but then we'd be terrorists or child pornographers. Shame on you, enveloper.

Might as well mourn the disappearance of VHS, of keeping your media on a physical shelf. I've been researching surveillance cameras, and turns out that the security on wireless cameras is shite, which means that your private spaces could go public once a wireless camera is watching. A VHS based camera system would be pretty secure, in comparison. There's just the camera connected to a tape deck, no connectivity. You gotta actually touch to watch.

Maybe I'm just a paranoid 56 year old guy who is having trouble adjusting to the modernity. Then again, I'm pulling my pants down pretty consistently with these podcasts. Or am I just maintaining my brand... what am I, a box of Cornflakes? Who the fuck buys that branding meme? What artist in their right mind would strive to be predictable?

Transparency question - What I say and what my data says, are they saying the same things? I'd love to have a widget that would tell me about myself, my future based on what I do everyday, my own data. You think astrology is big? This is a million dollar strike that a BILLION dollar idea for someone. Free. Just because you listened to this podcast. You're welcome.

Everything is fine, these circumstances will usher in a new set of unprecedented contrasts and bigger desires and we'll all evolve. OK, I have those desires NOW, not to go back to VHS but to realize the promise of what I imagined was coming, back in my 20s and 30s. So far, a cliche rehash of police state dystopias, and I know we can do WAY better.

Episode 158, Rehearsal, because we are getting the character figured out, the role of Dan Kelly on Earth, what works for his character and what doesn't, who he is and who he ain't. Are you making choices for your character, outrageous choices, delicious choices? You're running out of time you know to make the most amazing decisions you can dream up. I'm running out of summer to shoot the last scenes for Daughter of God. Tick tock, time to be the most you right now, whether that's quitting friendship simulators, firing up a VHS on that antique deck or shocking your friends with paper letters complete with privacy protecting envelope. Let's get into your you, we're about to rehearse who we really are today. Ready ladies, 1, 2, 3...