Daughter of Godcast with Dan Kelly Shri Fugi Spilt. Episode 157 More than Ever.

Let's tell a fairy tale, take a flight of fancy. Selt belts buckled? Way easier for the recovery team to identify our bodies if we're still in our ticketed seats. Here we go!

What if I woke every morning with decent wood yearning for a woman to be in my bed with me, not just any woman but one woman specifically. A bit of a goofball this female is to be sure, but also amazing, hawt, damn fine. What if I imagined finding her remotely, and that my wanting would get her resonating, spark her own wanting. A strong impulse to get in her car and drive, to come to me.

Would that mean I'd only want to be with that woman ever? If we could have what we want, would desire end? Or does desire, once freed, always grow? 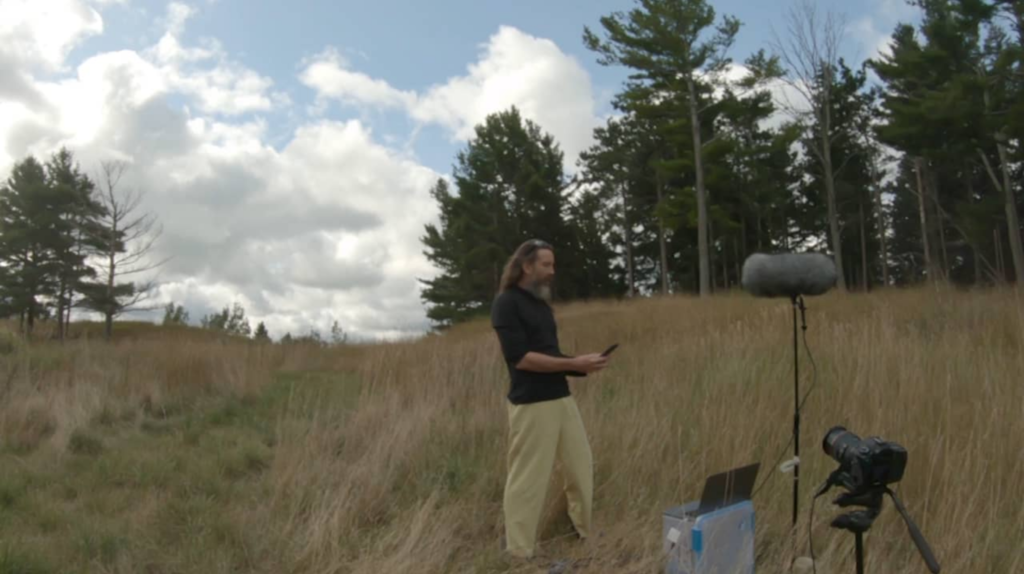 Hang on, this might not be an abstraction, I might not be passing on a parable, I might not be offering a fleeting glimpse of universal truth. Let's steer clear of inferences and fingers pointing to the moon for the moment.

Right now I might be focused on that one women, on sending her my yearning, calling her to me. Other women yes, eventually, but right now? Her.

As of this moment, she's not knocking on the door, I don't hear an engine slowing, the crunch of tires on gravel. Am I enjoying my desire as is? Sure. I love calling and I love the showing up.

This might be a true story or a thought experiment. If there really was a woman I was calling to, I know she can feel me. I know my sending is setting up a resonant yearning, perhaps not only for me, but for everything she desires and refuses to allow. Her own bliss. By inviting her to hum along with my steady broadcast, I might actually be causing some strife in her life, because maybe she has surrounded herself with safety and convention, walls of chalk and balsa wood. She's been trying to mute her natural hum and pulse, lest she shake convention to flinders and dust.

Why would I want someone who stifles her true nature and chooses boring old safety? Cause she's hawt and funny. Just like you and me, she is the divine in disguise, she has chosen to wear an elaborate and unlikely mask. Her mask keeps slipping off and I find that endearing... and hilarious.

Again, I could be making this all up. There's lots of fantastic women to lavish and cherish. Doesn't have to be just one, this one. I do enjoy turning my attention to her tho, if she exists. I am tickled to be making her life a little more interesting, quietly, magically. In her heart of hearts she might have an inkling, suspect that I am influencing events but at the same time, grappling with the conflict between intuition and her common sense, "I haven't talked to Dan Kelly in weeks, how could he be effecting my feelings, my situation?" Oh, but I am involved. Deliciously so.

If you could choose between two super powers, invisibility and flight, which would you choose? I don't care about flight or invisibility, I am interested in making a compelling connection, transcending distance and corporeality. That's the super power of choice at the moment. Choosing between those two options is boring, I can have both if I answer a different question.

Do I have the right to play in this way, to get folks resonating? You bet, if I'm having fun catalyzing a bit of tossing and turning in the whee hours. Why do artists paint or make movies if not to get all up in our shit? To resonate us with the sublime? If this woman was real, eventually she'll know for sure I was tinkering with her energetics because I'd tell her, I'd confess with a kiss. Who am I to ask her to come into her full power? Just a friend, a trickster, a trouble maker.

Here's a story about Yogi Raj Swami Bua. This was told to me by another Hindu sanyasin or monk at Swamiji's apartment,  this sanyasin was a very smiley guy. Swami's apartment number was 11J, back in the day we could see the Coliseum across the street and Columbus Circle just behind. Fucking Columbus, let's spray paint the statue with rainbow glitter. The Coliseum is long gone. There's an underground Whole Foods there now.

Swamiji was a sickly child, and one day he died. His parents took him to the funeral pyre. When the flames reached the dead body, it twitched. Another yogi showed up, pulled the body from the pyre and said that the child was not dead, but only very ill. His parents didn't believe the yogi, they were afraid the body was possessed so they refused to take him back.

The yogi took the child Swami Bua and nursed him back to health. Eventually, Swamiji's parents accepted him and he grew up to manage the family's cardamom plantation, raise his own family and eventually become Swami Bua.

The smiling Sanyasin told me that Swami HAD died as a child, and another spirit showed up and crowded in with the child's spirit, cohabitating the body. This is referred to as a walk in. We students of Swamiji often noticed his dual nature, at times wise and present and other times whiny and petulant. Notice that sly double alliteration? The evidence of spiritual cohabitation was compelling.

Ester / Abraham Hicks talks about the pyramid or iceberg model of who we are. Most of us is underwater, below the surface and the Dan Kelly game - this body, my persona - is the tip of the iceberg that you can see, touch and, depending on our level of intimacy, taste. What is my tip poking up into, just the tip? Duality, physicality. So most of who I am is deep, duality Dan might not even be decisively aware of the deep Dan, yet that's me too, the most me ever.

I could be the deep me more, should I choose. We've all been our deep selves at times in our lives, we've all remembered who we really are. I ranted on meditation in episode 155, Horse Hoarse, how natural meditation is, how we are always meditating all the time. You can take a course in meditation sure, just like you can take a course in breathing or wine tasting, but we can breathe and taste pretty well already, eh?

That's the same with being deep. We've already been deep plenty of times, we might have not noticed deepness, or misidentified deepness. Eating a smore, sunbathing, sharing an orgasm, holding a kitten are actions we associate with feeling wonderful and alive, but maybe it's the other way around. Maybe that's the deepness bubbling up and since we think we're just the tip of the iceberg, just the tip, we assign that deep experience to external circumstance. Deepness is other, not us. Because heaven forbid we should wake up and remember.

I've talked about three things in this podcast episode 1) Resonating a remote lover who might just be imaginary, 2) Swamiji's dual spiritedness and 3) being mostly deep. These might be dots waiting to be connected or just three things I felt like writing about. This is episode 157, More than Ever and when I'm kind of done talking or writing, I say my name, Dan Kelly aka Shri Fugi Spilt, then the episode number and tell you what you've been listening to Daughter of Godcast Season 4 Choice as if you forgot, which is my escape hatch. Whether this is a snappy ending, a satisfying wrap up... or not. I'm blowing the explosive bolts and vacating the space capsule, podcast episode over in 3, 2, 1.