I can be many things. Today, I'm a talker. A flowing of words. Apparently, I am communicating, making noises that might convey meaning or jostle emotions. What you're hearing is a previous me, me days, weeks, perhaps even centuries ago. I reach out from the past to give you a poke. What was talking to what is. This me is long gone, replaced by whoever I am now. As I speak, you do not exist, you are an about to be, for me. 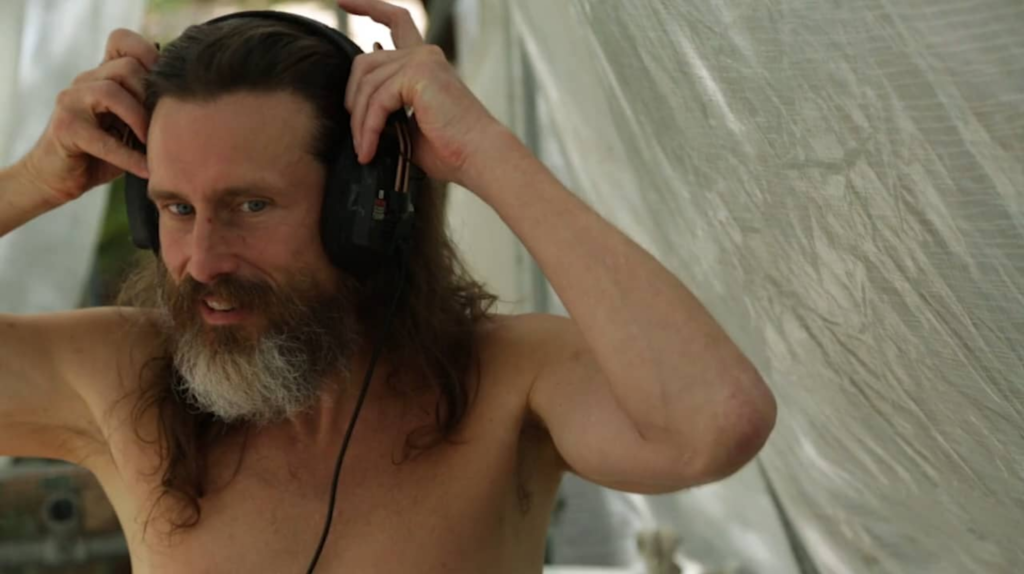 So for me, you are not yet, and for you, I am no longer. Neither of us exists! Yet you are definitely dedicating precious cognition to make me real. I am dedicating precious cognition to imagining you as present, attentive. You are so vivid to me that I am motivated to tip tap type away on a laptop, set up cameras and microphones and yada yada. Podcasting. We are both making shit up, right now, on the fly. This episode is a fiction, a game we are playing with ourselves or each other, depending.

You pretend I made this episode, that you're not responsible in any way, you're just a listener. Yet this episode would not exist without my pretending that you exist, even tho you are pure potential, a big fat maybe. At best you're the cheese that hasn't yet been layered into the lasagna that hasn't been baked and that you haven't eaten. Someday you'll eat the lasagna and you and the cheese will merge, you will transform from a pre cheese you, to a post cheese you. Pre cheese, Bri cheese. Ten thousand other changes will remake you utterly. AND yet, I feel you, not as a smorgasbord of influences and resources scattered over the planet that will make the you to be, but you you, the you listening in your now. How can I?

If you are following this, maybe I actually imagined the authentic actual you, I bridged time and space for real. Only by jumping from my now to yours could I have communicated as I have, established such intimate rapport.

Or maybe that's just language.  My words are just magnetic patterns in digital memory, a supposed dead thing that can somehow convey life.

Say I'm full of shit and the weird contradictions of establishing rapport with the non existent is just an idiosyncratic aspect of language, then WTF is language anyway? Language can establish lavish thought constructs that persist, that exist independent of the creators, us... what is that? Books, movies, music keep communing way after we've been composted into our constituent molecules, sucked up by grass, eaten by cows and turned into the cheese that will become the taco some future us will eat, maybe while reading the novel we wrote.

That's not reincarnation, that's just recycling. Statistically speaking, we've likely breathed in the very atoms of oxygen that once kissed the lungs of Jesus or maybe Chet Baker if you're an apostate. Sharing atoms with others is being them, literally. We build ourselves out of what others once were. Unless we're more than just our molecules.

Back and forth, science and mysticism, goo and prickles, patterns and chaos. We are so story! That's the point of this episode - We are the story we tell. Or in theme park Earth parlance, we are the ride we choose. Or life as Nintendo Switch, we are the game we play.

You don't have to believe me, refusing to choose is a good game too, plenty of people play that way.  The "I am whatever happens to me" game is very popular as is "I am everyone else's actions or lack of actions".

I'm not trying to convince you, I have nothing to sell here. People believing crazy shit makes the world interesting. If someone wants to kill me for what I believe, maybe I'll have the skills to protect myself. More likely the cosmos will cause their tire to go flat as they're driving across the country on the way to rub me out, then they'll meet a sexy stranger at the tire shop, fall in love and get distracted long enough for me to get off planet, or learn Kung Fu.

I'm not afraid of what other people believe, are you?

That's Daughter of Godcast Season Four Choice Episode 153 Meditation. Because these are the thoughts your not supposed to have while meditating, but maybe you do and that's ok too.

Recovery update. My range of motion is improving, I can play a few D chords on guitar but no bar chords yet. I can swim freestyle with half power on my left side. On Tuesday, I'll be in Dr Hollanders office for a new set of x-rays, more soon.

That's it! This episode is over. Next up, the you show. Audiences across the multi-verse agree, you're the best you ever.