Daughter of Godcast, Season 4 Choice, Episode 140 Best Friends. I'm your slightly drifty feeling host, Dan Kelly and behind me is one of my Best Friends, Crystal Lake quiet and silver today under the overcast. I'll be reading this episode, blazing through on one take, with a little luck and a lot of water. Just 11 days left until Iteration 2 of the festival screener is due, so no time to dilly dally. 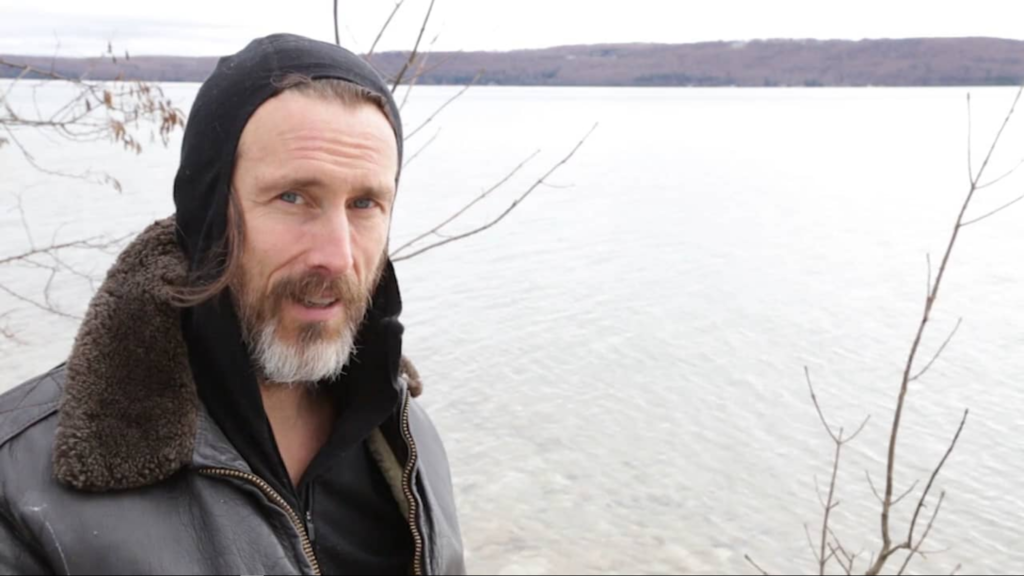 Last week in Episode 139, Extreme, I related my rewatching and sharing of 9/11 videos on Facebook. I sensed there was some sort of inspiration there, some clue. Here's what I know now.

In 2007, Peter Joseph's Zeitgeist blew me away. In contrast to Dylan Avery's Loose Change which came out a couple of years before, and which Zeitgeist referenced. Peter took a meta perspective, starting with a deconstruction of Christianity. As a post Catholic, this was a gorgeous and radical kick off for me. I also imagined that this bold beginning must have pissed off plenty of religious people, a roadblock that kept them from getting to the 9/11 information. In hind sight, this was the best approach, def made a strong impression on me. And in my world, I'm all that matters! 😉

Peter Joseph did other docs after, and Addendum wasn't quite as inspiring. I didn't totally grasp money as debt until I started watching James Corbett. Rewatching Zeitgeist led me down the rabbit hole of what Peter Joseph is doing now and who is Peter Joseph anyway? And what does James Corbett think about him?

James is critical of Peter's advocacy of technocracy, even though he parted ways with the Venus project. I would imagine James is also skeptical of the sources Peter uses in his presentations. Then again, James has got at least one odd bed fellow in Patrick Wood, who espouses biblical prophesy over the predictive power of science.  James and Peter are the most articulate and credible people I've found so far who don't buy the official 9/11 hogwash. Seems like they might celebrate some common ground, or at least establish a respectful public back and forth - which would benefit all of us.

Who knows how this will all work out, but I do love the idea of crashing consumer culture. Stated in the positive, I'm all about expanding the wilds and taking care of each other. And yeah, I'm fine with that happening gradually, gently.

I don't mind exploring an open source stewarding of common resources, like fo instance the global life support system. That to me means mostly leaving it alone, until we really understand how things work, beyond rhetoric and the profit motive.

What concerns me about Technocracy is how humans figure into the inventory and calculations, would the system be set up to optimize human happiness or human freedom? Global health for me implies the health of Gaia, our essential planetary life support, at least until the dominant sentience is powered by solar panels. So do we design a system optimized for humans or for biodiversity? My sense is that they are the same, but I'm just a middle aged white male in America.

The premise of my documentary project Around Lake Michigan was that the seeds of a sustainable civilization are already everywhere, I could find them just by sailing along the shores of Michigan, Illinois and Wisconsin. Powerful circular logic - Earth is platform for thriving, therefor in spite of all the apparent horror shows playing out, Earth is going to eventually emerge better than ever, which means a more just, peaceful, free and verdant human civilization is going to show up soonish, ergo it must already be sprouting up all around. Could be that it's always been here.

If you insist that we're doomed, that suckiness consistently prevails, I'd opine that's another little logical circle. If you're right and indeed, we are fucked, I loose nothing by feeling wonderful. So, moving right along.

As a proactive dude, I ponder how my bright future will unfold. If a brilliant open source technocracy was to replace rapacious consumption, how would this get started? What's the future history of our unfolding utopia?

Go Ahead and Kiss Yourself

If we want change, the logical place for me to begin is... me. To take responsibility for my experience and feel fully the phenomenal gift of being human on Earth in the early 21 century. These are some crazy amazing times, an open invitation for heros to sprout up and grow. I can see them everywhere, I too aspire to grow my own heroic and epic nature.

What if we stopped asking external authority for permission to be ok? What if the only arbiter of our life experience was ourselves? What if we became own optimal best friends? What would an optimal best friend do and say? How would it feel to get a steady flow of love no matter what the conditions? Could be peace, justice and freedom all rolled into one tasty Japanese burrito.

11 days left until I2. I've had an amazing breakthrough, so cool I can't even talk about it. You probably can't even learn about the breakthrough on spoiler central, why.movie, not for at least another iteration. For now just check out this excitement, whoop!

Melonie dropped off the Veronique puppet for a screen test. Veronique is incapable of smiling, but that's ok for now.

I'm flowing the final scenes, writing and rewriting scripts. Huge chunks of story are dropping into place like nobody's business.

About the evolution of the podcast. I thought I wanted to gradually transition from written episodes that I would read verbatim to just whipping them out on the fly. I invented a sort of transition style, the outline podcast where I'd post bullet points about the ideas I want to convey that I could riff off.

I love having allies and collaborators to play with. James has been doing transcriptions for the on the fly episodes. Talking to him has helped me to ponder what sort of podcasting style I like best.

He proposed that transcribing outline episodes might not be our aesthetic, because the outline gives a taste of the episode that inspires the reader to then listen and watch. Fostering a mild addiction to Dan Kelly. Pretty tame compared to what's implemented at casinos and Facebook. A key argument for full transcriptions is user friendliness for the hearing impaired, or those who don't resonate with the rich music of my chocolate and charcoal vocal presence.

I def want to provide universal access to the variously enabled. Which implies multiple language deployments, but that's not gonna happen soon, we've got just the English et une petite le Francaise site for now. The Daughter of Godcast is English only, I recognize this as a choice I've made based on where I want to flow energy and attention. I could flesh out the French site, deploy cloned sites in Spanish and Japanese, but I am choosing instead to focus on discovering what I love most about podcasting, how sharing can feel the best ever.

What I love about James's suggestion is the clarity of making a choice to be what we are rather than trying to be everything for everyone, deaf people not withstanding. The choice not to transcribe outlines feels like a clever hack. By conserving resources we're in theory inspiring more listens. Flipping supposed limitations into super powers, isn't that pretty much the art of life?

This is quite a technical little detour, but process, process, process. We love process! Reveling in the process brings progress, that's what I'm gathering from infinite intelligence this morning at 12:21 am. Every week I take a day to celebrate process, report, and share progress. Changing the paradigm of life from a chain of days, or from a portfolio of results into what? A flow of experience, and being deliberate about the quality of experience. This just in... I'm getting better at reveling, at remembering the ready availability of excellence.

I'm excited to be writing this episode. I do want to keep working on my improv powers and just slamming out episodes off the cuff, a more spontaneous, surprising and quicker sort of fun than writing and reading. Scripted episodes feel more deliberate and comprehensive, a recipe for conveying crisply.

What I get now is that the three approaches to podcasting are not stages in an evolution, but tools in the toolbox. What's the most effective tool for sharing my experience this week? Writing and reading for the last two episodes, maybe next week an outline to be riffed upon.

Maybe hemp cat teasers, stir fried salad, sailing into the sunset with a special guest or all of the above. Got a request? Operators are standing by.

That's your Daughter of Godcast, Episode 140 Best Friends. I started this off as Dan Kelly, Shri Fugi Spilt and might be still, for sure this is a love letter from the past, maybe not too distant or perhaps thousands of years back, tens of thousands depending on who you are. The age of this podcast episode is totally dependent on you, your location in the space time continuum. We're also live streaming into the plurality which is also oneness at the same time, unlike duality where we've got to choose one or the other, apparently. Just trying to wrap this episode without a lot of fan fare, hub bub. This is Daughter of God Central Control. Stand by to end episode in three... two... one...