Fair warning, this is not Episode 125, Diversion. We'll not celebrate the merits of procrastination, we'll share no rambling monologue. This is still the Daughter of Godcast, Season 4, Choice, and you're tuned to a no-nonsense, frill-free cognitive journey, Episode 126, Pedal, as in "to the metal," also referring to the rickety red bicycle that Uncle Joe rides. Away we go! 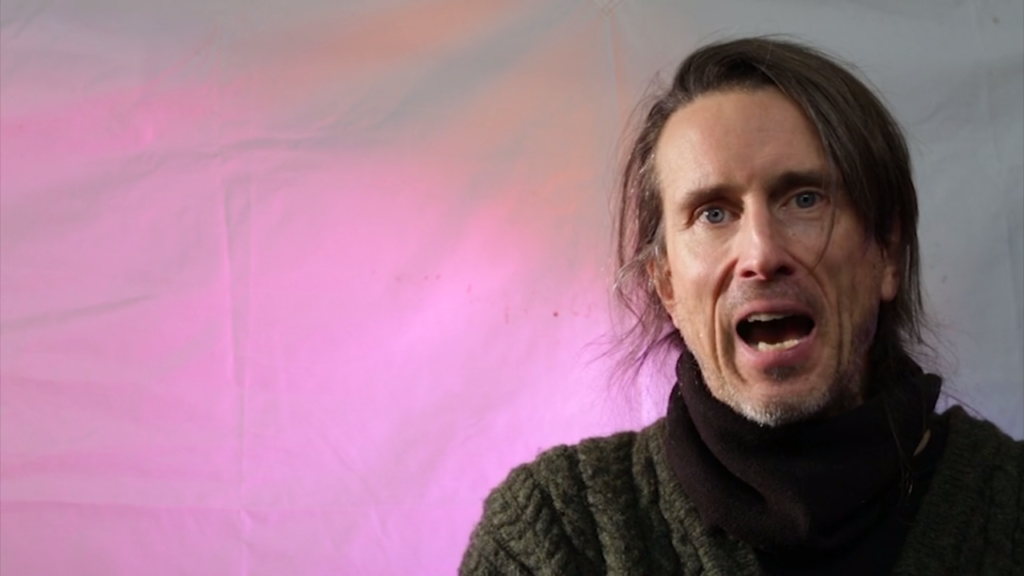 We're blessed with more collaborators! Along with copy editor Emily, miniatures builder Greg, and web guru Jordan, Melonie and Brianna are back. It might seem like everyone's coming on at the 11th hour, at least that's what my snarky cousin Shannon might quip, if she ever listened to this podcast, that is. Pretty sure she never has, so I can put words in her mouth without any fear of repercussions. I wouldn't be surprised if her teen son Jack is secretly sneaking in an episode here and there, though.

No more digressions! We got all our digression out last week. Eleventh hour or no, help is wonderful. Who wants to make movies all alone?

The character Gerry has been tinkering with technologies from the so-called fringe, looking for... something. I asked Melonie to help envision and eventually fabricate what those experiments and prototypes might look like. To inspire us, I posted a slew of videos — odd documentaries about obscure history and lectures on scientific inquiries ignored or scoffed at by the boring physicalists. You can still find the videos in the credits of dog.movie; they'll eventually be moved to the open-source project archive Jordan is helping to hook up.

While gathering videos, I auspiciously stumbled onto Jon Ronson's BBC companion series to his book The Men Who Stare at Goats (7:19-8:58). I had no idea this series even existed until a couple weeks ago! Goats is familiar to our veteran listeners as the inspiration for Daughter of God, specifically Uncle Joe. This series totally sucked Melonie in, and she wasn't even aware of the connection.

I'm having a hilarious ride banging this episode out, because every 11 minutes I recall a different aspect of the project I need to attend to immediately, and another rabbit hole opens up. I've handled about six so far this morning.

Melonie we might also recall was the assistant director for production on the big boat in Canada way back in the spring of 2006. She also fabricated props, dressed sets, monitored sound, and captured video. Nowadays, she's way into Wim Hof, so as part of her compensation package, DOG bought her the Wim's Fundamentals course. It's fabulous to have her back onboard.

During our meeting, I improvised a detailed summary of the story's most recent iteration and how Gerry fits in, why he's tinkering with weird science. This made me realize that I hadn't yet verbalized or documented the story's most recent iteration, so for the next few days I wrote a comprehensive overview fitting all the pieces together. As of the release of this episode, about 10 days remain in the Chinese DOG year, so letting all the elements smoothly fall into place feels very fine. Can you feel her coming? Daughter of God!

The universe did an optimal reconfiguration this morning. I woke up from wonderful dreams and decent wood to the recollection that I had less than a week to get a festival screener ready, but then I checked my calendar and was delightfully surprised to find the deadline for Cannes is next month, not this month, whoop! The matrix tweaked for my benefit. I accept!

In the last few years, Bri helped out with crucial logistics that might fall into the category of mundane. She's back for more of the same, but we've got a plan to tap into her creative power. She's been deep into online courses to upgrade her design skill set and Adobe Photoshop chops, so we're going to try her out developing mediatronic advertising. Painter friend Joe has agreed to brainstorm on the mediatronics in exchange for beer, and maybe he'd be willing to mentor Bri a little.

I decided to shift my water-fasting practice from starting on the new moon to the full moon. A slightly wakeful slipping into ketosis last night, then refreshed and going gangbusters this morning. Meditation was deep and easy too. We're aiming for four more days of boosted cognition and focus. So much fun!

Greg delivered the Humvee and the M1 Abram models. I made some minor modifications and am thinking about how to set up a stage for shooting this scene.

After going under the hood at ondesire.movie to repair broken media links, Jordan is preparing to dive into the massive open-source archive for this project, a whole different web presence. This has been a long time coming, and I am so looking forward to making a blissful announcement next week.

Phew! That's enough for now, the movie news is getting denser every week. Remember, feedback is encouraged on anything you see or hear via this podcast or discover on the web presence. Laudatory or lambasting, we love when you hop into our rabbit hole. Maybe there's a bicycle reference to go with the episode title? Nope. I got nothing.

That's the Daughter of Godcast, Episode 126, Pedal, Season 4, Choice. We're totally out of time or I would tell you about the brilliant new business for Uncle Joe and his rusty red bike, the bike Steve Zilliax, who played Gerry, left behind in 2006 when I got him deported, the bike that sailed one-third of the way around Lake Michigan with me in 2010, and the very same bike my nephew liked riding wasted when he was a teen living in Traverse City. I really wanted to talk about that new Uncle Joe bike business, show some sketches, share plans for test shots. Gotta go though, so until Episode 127 or whatever episode you soak up next, keep on gliding, pedaling, rolling into the bright future where she is waiting for us all, our very own Daughter of God.