Summer is booming along here in Northern Michigan - long days, swimming, thunderstorms, sunsets, and lots of fresh local produce. Heaven, basically. The Daughter of Godcast was launched two summers and one month ago, August of 2016. Now were a stone's throw from the number 101, our next palindrome episode. Six months left to get the movie done in the Chinese year of the DOG, and five months before 2019. 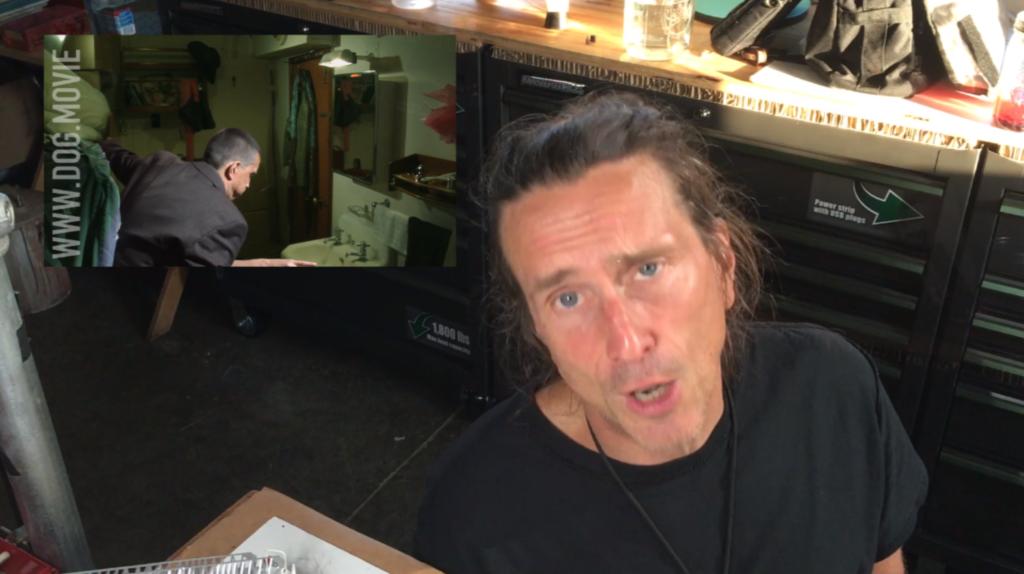 I've discovered the unifying field theory, the spiritual Rosetta stone, a Twinkee made of pure light. The advent of a distributed utopia. What this podcast has been about all along. Process, right? That's not news for devotees of the Daughter of Godcast.

This is probably a rehash of Buddha, Abraham Hicks, Alan Watts and ten thousand others,  but there's also the glint of something new, the Shri Fugi Spilt perspective which perhaps might crack open the vault of your own inner treasures, a tad more. Maybe. If you're ready. Tap YOUR ruby slippers together three times. Because there's no place like home, and you're already home, wherever you are. Which is sort of like what Buckaroo Bonzai brought into our shared gestalt, "Where ever you go, there you are". Aka screenwriter Mac Rauch talking through actor Peter Weller, perhaps inspired by Lawrence Peter "Yogi" Berra and Confucius before him.

While we're digressing, how did Yogi Berra get his nickname? According to ZellPinstripeblog "When he started playing in the American Legion baseball leagues, they had no dugouts or benches for the players. Berra used to sit indian style in the dirt with his arms and legs crossed. One of his teammates, Bobby Hofman, said he looked like a yogi (a hindu holy man), and the nickname stood." So there's that.

Still with me? The signpost up ahead, you're entering... ok. Let's focus. We're taking a whirlwind tour of process today because we're keeping the episodes svelte. And Now This!

English or perhaps American language has this bias, a built in self vs other perspective. I act on the environment, I do things. Me and you. Me and this fork, this camera. For some, me vs my body, like they can be seperate. Let's start there.

Lately, like for the last year, I've been erasing the distinction between me and my body. I've been exploring being my feelings, my sensations, my experience. As opposed to having them.

That's semantics, maybe. But what better game is there than rewriting the code of our conceptions? To tinker with inquiry.

This subtle shift means I have a richer me-ness, attending to sensation means I have less words and less words feels like more autonomy, more freedom. Your mileage may vary.

Fast forward to yesterday or maybe today, I now get that I am a process. I am not a human doing stuff, I am the doing. Doings. Language 1.0 might say it like this, "I drink water." Version 2.0, I am the drinking of water. What does a drinking of water feel like? That's the crux, right there. The question worth asking.

Why is this a breakthrough? Because by being a process instead of a bunch of components acting on each other, I get to go deeper. I am a deeper. Which is to say, I am more. Way more. Than ever I was before.

Sex magic, it get's results. I mean c'mon! What's the point of living the spiritual life or the introspective life or any life unless there's some super humanity to be had? I want to be more. Don't we all? The perspective of consumer culture seems to focus on having more instead of being more. How we imagine the having will make us feel, as if the configuration of physicality is crucial to desired feeling states. That's what I used to believe, fervently. Now not so much, and less every second.

Now I'm backwards. The imagined is waiting, whispering, full of feeling and ecstatic energy. Constantly calling up on telephone, we can just pick up and say Hello. All our favorite feelings activated from one phone call. But we gotta answer. A collect call from the vortex, will you accept? When we've stewed in the feeling, basted, simmered, then there's a showing up, so even your Joe and Jane sixpack neighbors can see, if you want them too. The Delorean in your driveway, the seal point siamese lounging in your kitchen window, the ripped and rippling pectoral muscles framing your sternum. Reality baby.

Enough guruing for today, let's touch on feedback for 098, King of the Earth.

This is a great scene. I also really like the bedsprings.

Me too, the bed springs are fun. I might have prodded Jil and Susan for a little more detail, maybe next week.

Uncle Joe draws back the bow and aims Christina at her heart's desire. The logistics of a bulls eye are explained in no uncertain terms. Is there room for romance in such a scenario? What's MOST peculiar about this set-up?

That's a wrap on the centenial's eve episode of the Daughter of Godcast Season Two Crowd Creation. Scenes and feedback for the win. Savoring these final months on the home stretch, the dream of completion shimmering and pulsing just beyond. Signals from a Nearby Now where all the most hilarious happenings are, ready to be felt, bone buzzing, skin shivering feelings, sensation, presence. The inside scoop on existence, you're an elite subscriber. Do I know what I'm talking about? Can you take this to the bank? Are these coupons redeemable for big savings? Has your ship come in? Your starship? Your Earthship? Row upon row of lounge chairs strewn across the promenade deck, under a panapoly of stars. Stretched out and luxuriating, we bath in the fierce glow of ten thousand million dreams, light speed phone calls. Winking insistently. Ring... ring... ring... Hello?