Reclining in the summer sun, soaking up the output from our local star and becoming that light, turning the light into me. Like when we eat a stalk of celery, we are all of the sudden celery, or the celery is transformed into us. I introduce myself as Dan Kelly aka Shri Fugi Split, but truly that's just a placeholder for all the celery and starlight I embody. How much of us are we really? Maybe we are mostly everything else.

Language is a glorious pageant of nonsense. We enjoy the consensual illusion that a well structured sentence conveys meaning, actionable information. What's a civilization without reportage, debate, legislation, laws. Words, words, words. Words are what podcasts are made of, and that's what we're doing here, for the 97th week running. If we accept and even celebrate that words are silly, but write and speak them anyway, what powers do we invoke, what magic is made? 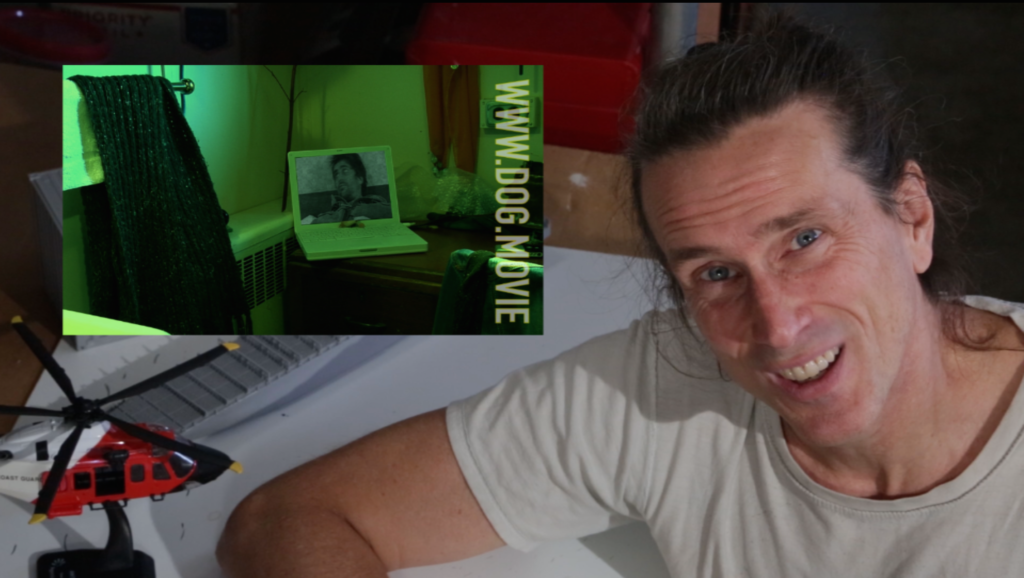 Episode 097 Really. Daughter of Godcast Crowd Creation, a crowd in the quantum waveform sense, a potential crowd, a cast of thousands or an army of one.

We've got a smidgen of feedback for 096, I Think So and here we go!

Gerry and Christina have achieved synchromesh somehow. Clearly there is now rapport and even chemistry. Tea is in the future, and maybe more. Gerry’s last question and Christina’s response implies that there might be some urgency, why do you imagine that would be so?

"Christina is almost done ovulating, and she doesn’t want to loose her chance of conception."

James is acknowledging that there did seem to be some urgency for Christina and Gerry, and stated the obvious reason. As a father, he's had practical experience with the mechanics of pregnancy. How a man and woman achieve biological synchromesh, when they  are yearning to have baby.

[snip] "Full disclosure – that never even occurred to me. 😮 I’m really glad you stated the obvious because if there is ANOTHER reason then we can use ovulation as camouflage." [snip]

That never occurred to me because there's another story on my mind, other agendas. This is after all the Daughter of God, so the miraculous element is definitely extant, in play. We might be able to bend biology a bit.

[snip] "the slow creaking of the door says it all! tea must be allowed to steep."

That reads a little like a fortune cookie or a zen koan. Does Anonymouse mean that there's plenty of time or does she mean everything in it's proper time?

There is a process set in motion here... Gerry and Christina reach an impasse, Gerry puts on the kettle for tea, Christina has a moment of clarity watching him, there's a breakthrough, Gerry says "Let's have some tea and see what happens..." and Christina agrees. NOW the tea has to steep, authentic  time has to pass before they can take any further action. Gerry is going to take a shower while the tea steeps, a ritual preparation for their date with destiny. The tea is like an hour glass, the unskippable interval of waiting, of meditation, of an auspicious doing of nothing, as the stars align.

Again, may I just say that feedback is simply stellar. I am finding deep secrets that I never knew existed, these scenes keep surprising me with their latent power. Thanks James and Anonymouse for these revelations!

Perhaps the shortest and sweetest episode yet, 097 Really, Daughter of Godcast Season Two, Crowd Creation. There's a lot of watching going on in this scene but surveillance isn't just for super spies and big brother anymore! Almost anyone can have a peek at your private life, access your most intimate thoughts and catalog all your compromised secrets. But not to worry. We're all too busy outing our own scandals, confessing our own crimes and getting undressed in front of uncurtained windows to notice what your up to. If you watch me maybe I'll watch you. Yearning for attention, for likes. Carrying intelligent cameras and microphones with us wherever we go. Feels good to have nothing to hide. Maybe that's the upside, deciding to be who we are no matter who is watching. Outrageously, adamantly ourselves. The liberation of all beings in our lifetime, cool!