Hey 93! When the Kurzweil singularity strikes, we'll be singing Steely Dan style about smoking hot great grandmas and grandpas. Imagine wisdom walking in ripped surfer bodies. That's just around the corner.  Actually right now. If you're already young, there's nothing to see here, move along. Because Bruce Sterling spelled it out in Holy Fire. Young people growing up after the singularity will be slightly screwed. Science fiction - guidebooks from the multiverse, everything is already happening somewhere. Read all about it. 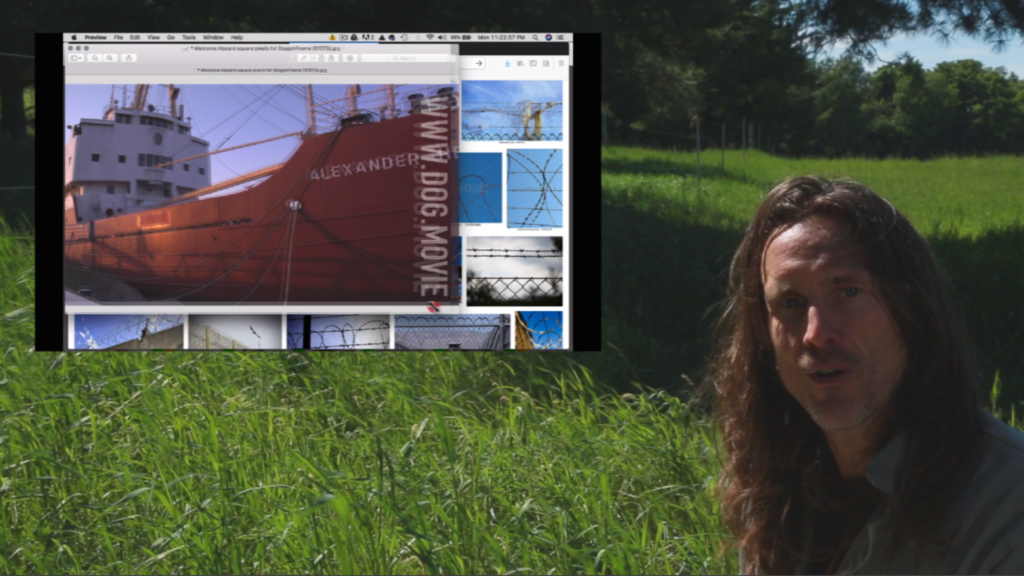 Daughter of Godcast, Season Two, Crowd Creation, Episode 093, Low Level. For the last 22 episodes, we've been flitting about among the clouds, godlike, gazing down upon the movie making process from way up high. The scenes we've seen so far are nearly complete, mostly comprehensible, quaffed. we haven't really gotten our hands dirty or hair mussed. I'm thinking now we're ready to go deeper, thrust our paws into the loamy soil, wallow in the mud, melt back into the primordial ooze of creation. Let us prepare for the ecstatic descent, for a grounding, a wriggling of naked toes in the fallow earth. But first...

Feedback for 092 After At Last

From our two most Best Beloveds, Seamus and Jil.

Seamus was snagged by the words Plague Ship writ large on the side of the big boat. He conjectured...

"I draw two possible interpretations from the words, “Plague Ship' scrawled on the side of the boat. One is that the characters had been either medical personnel or patients/inmates on the quarantined vessel, and that they now roam free after the plague has gone.

The other possibility is that it never was truly a plague ship, but that someone who lived on the boat (I suspect Jerry) had scrawled that there so he would be left relatively alone. This suggests a somewhat antisocial or introverted disposition, or a lack of trust of strangers. Given the shattered glass sound, perhaps there’s a reason to be distrustful."

(snip) "About the scrawl, I’m leaning toward your second interpretation. How to make pirates think twice? Subterfuge and camouflage are themes in DOG, as in RL. You and I are not we what seem to be, Seamus."

There’s plenty more planned for this sequence, PLAGUE SHIP is the vanguard of a much trippier treatment. I’d rather be showing than telling but I’m very glad you caught the gist from this impoverished hint." (snip)

When you start your own Daughter of Godcast, here's some sage advice. Rarely talk about the future, what you're planning to do. Because making promises and keeping promises are two different things.

I have grand plans for the introductory sequence, Welcome Aboard. We've already done 3 episodes on this and gotten more clear to be sure, but execution has lagged. Now, since I want to avoid making promises, I can't say I'm never going to talk about the future, so instead let's say were going to emphasize the present. The process. Low Level.

This too from Seamus

"I also learned that Christina has a magic coat that reflects green light under an all-red lamp."

Yet another piercing insight disguised as a sarcastic quip by our man in Ann Arbor. I paried...

(snip) "Maybe physics inside the boat is different than outside. Could Gerry be tinkering with forces hitherto unfathomed by scientific inquiry? Has he somehow steered the boat into dream space?"

I've hinted that Gerry's got his own agenda in past episodes and most recently in a May 3 FB post. 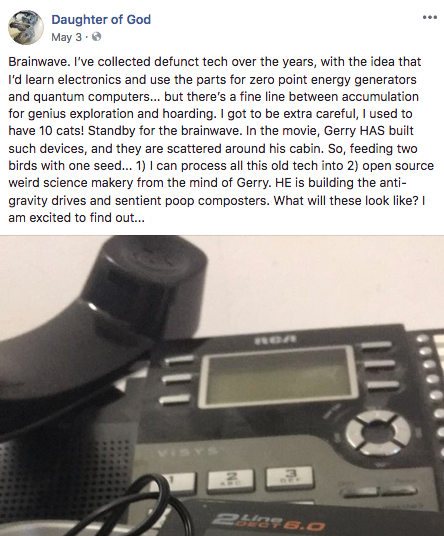 Seamus's quip gave me an idea about how I might tie in the extreme color correction with Gerry's exploits. In the feedback for 089 we explored how Christina's experience of reality is variable, and maybe influenced by Uncle Joe. Perhaps Gerry has created a security perimeter around the boat that alters or effects perception. Or could the color correction be a sort of force field? Hmm...

Jil loves the music, tho she prefers the less produced version of Another Fucked Up Day in Paradise I croon at the start of every episode. Jil's dad was an opera singer and she's got his genetics, tho she doesn't perform in public, at least not yet. That's three votes so far for the theme song from verified audionauts. Yes!

Scott popped back onto the radar screen via Vimeo just to let us know he's been with us for every episode, in stealth mode. Welcome back aboard, Scott.

In my reply to Seamus, I mentioned there's more story planned for Welcome Aboard. We've spent three weeks with this sequence and still are a ways from being nearly complete. Rather than add a few more elements, I think a strategic retreat and regrouping would be way fun. Let's have a design workshop, get down in the dirt and grow this sequence together.

The feedback questions are, what elements could be in the sequence that I might be missing? Was this low level exploration more fun than giving feedback on nearly finished scenes?

That's 093, Low Level Daughter of Godcast Season Two Crowd Creation. We're really into this now, going deep. Back when I first starting writing code, I taught myself a higher level language, Basic and then went way low and learned Assembly language, for either the Intel 8086 processor or the 80286, I forget which. The difference between high and low level languages would be the difference between dropping an ice cube in your drink and inventing  a freezer to make the ice.

We're going low level with the feedback. Final renders will be replaced with placeholder footage and placeholders replaced by sketches. You'll have way more influence from now on. I think this will be a blast, I think this is what we've all been waiting for.

For transcript readers and people who habitually scroll to the bottom of web pages.