Episode 092
After At Last

Daughter of Godcast, Season Two Crowd Creation and we're back with Episode 092 After At Last. In 090, we announced an inside peek at the production process, and posted 090, Welcome Aboard, the musical introduction to the Daughter of God. This was a sequence of strictly live action scenes, shot in Canada back in April of 2006, the before. Flash forward 12 years and one month to the planned post apocalyptic VFX transformation. However, due to some workflow snags and urgent family matters, the After wasn't ready by Episode 091, so we posted a making of time-lapse of the production process instead! 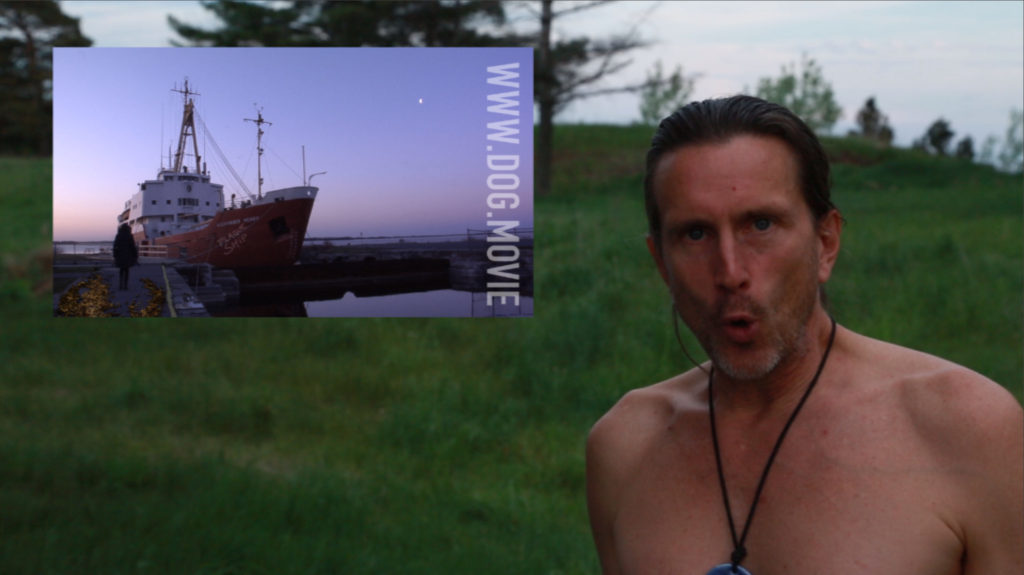 Now for 092, After At Last, the VFX is far enough along to get some  feedback from y'all.

First tho, let's see what the incomparable Seamus and Jil had to say about our making of sequence.

091 After, Almost is not a scene from the Daughter of God, but a peek into the process of adding Visual Effects. A scene behind the scenes, if you will. Even if you won't.

The feedback question is, would you enjoy seeing more of the movie making process, more behind the scenes scenes?

As long as it doesn’t cut too much into production time, I’d love to see more behind the scenes footage. The bullets along the path are an interesting addition, and I’m curious to find out the reasoning for the decision. You’re probably on another list now, depending on how you got them.

Good point about cutting into production time, I’m experimenting with an easy documentation method that not only won’t distract, but might even enhance the process. [snip]

With luck I’ll get this scene pretty much ready in the next couple of days. Becoming evident that revamping my workflow re organization would feel great.

Then we’ll revisit the why of the shells, might be more evident in context with the rest of the new elements.

Not being ready with the VFX version was a fortunate stumble. There are no accidents. I just happened to record my fiddling around in the studio while setting up the brass ammo shells, so I had a little something to share for 091, in lieu of an After. This felt like a punt, maybe even cheating but actually the universe was orchestrating the next breakthrough.

Behind the scenes scenes are like tutorials, and I definitely still have a lot to learn. Shared learning as the driving force behind production. The quest for excellence, complete with fortunate mistakes, trial and error, virtuosic stumbles...

Another factor in expediting future VFX is implementing more efficient organization. I'll need a couple of weeks to fully revamp the project archives.

Finally, the VFX is likely going to get more complicated. If 2-3 weeks are needed to do the next before and after, there can be making of videos along the way.

On Friday I showed Welcome Aboard at Studio Anatomy's Basement Art Show, curated by Nick Walsh. Severalpeeps from the long dormant Michigan Movie Makers were also screening, and we each got to do a bit of Q and A. Quite fun.

Trevor was there and IMed a couple days later, complimenting the theme song, Another Fucked Up Day in Paradise. He's also a real musician, like Frank who opined positively in 091. This is kind of unexpected, I like the song too but I don't really know what I'm doing musically. To have accomplished players and singers offering encouragement, wow. 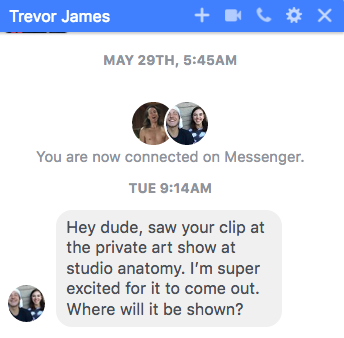 You might have to squint a little to see past the rubber bands and super glue, but at the risk of repeating myself, these scenes are works in progress. Under the toad's warts, a princess.

The Universe Next Door is pushing past the veil of mere actuality, as tentacles of living backstory insinuate themselves into every crevice and corner. Alternatives from the multi-verse are flickering into our experience. Reality is a dream we dare not wake from.

The feedback question - What do you now know about the characters based on their (new) environment?

Remember friends, all you need to offer feedback is a passion for movies, a fascination with expression, art, feelings and ideas. All you need is love!

Thus concludes another riveting episode of the Daughter of Godcast, Episode 092 After, At Last of Season Two Crowd Creation - where you make the movie... better! With your opinions, impressions and associations. This may or may not be the future of film making, a foray into collaborating with the audience from the get go. Spoilers galore. Can a movie still be fun even if you know what's going to happen? Humans love pretending we don't know the future, surprises are us. That's what we designed this universe to be, a springing, an icy gush, a warm rain... of the unexpected. Who's hiding around the corner? Boo! We know how this ends, every one dies. Eventually. That's the happy ending. Because after the roller coaster, there's the log flume, the ferris wheel. After the human game, there's the polar bear game, the star game, the sequoia game. Whatever ride you want to ride, whatever expansion pack you want to try. Desire incarnate. An eternity of reveling, of games, of surprises. Welcome!