Welcome Aboard Episode 090, of the Daughter of Godcast, our 9th episode number palindrome, with the next palindrome coming up in 11 weeks. And this week I'll turn 55, another palindrome. I've definitely cleared the half century hurdle and am striding steady and strong. I've hardly broken in this incarnation of super fine physicality, human comma male, with the 1111 year warranty.  Every breath is more fun, beautiful and interesting. 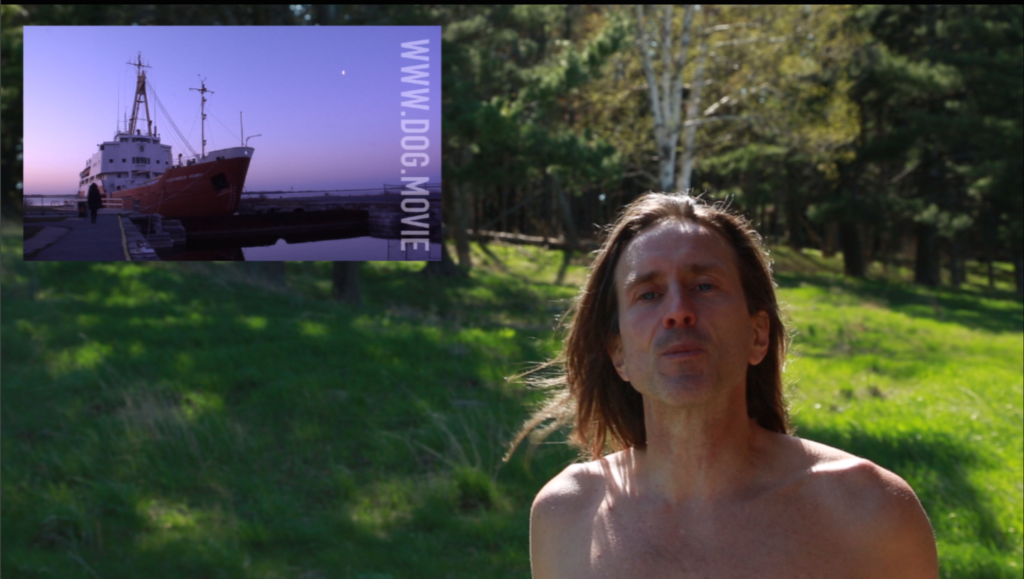 ...and our movie is getting made with feedback for Scene 089, Check It Out.

Christina’s got objections and Uncle Joe’s got solutions. The crux of the quest is revealed and the path is about to light up. The feedback question is, Is Christina putting up token or credible resistance? What does she ultimately want?

Allison, Seamus and Jil responded to the feedback question.

"Token resistance. She wants to believe that Uncle Joe's story is true."

"It’s definitely token resistance…for now. She’s somewhat uncertain about the whole situation, but she’s intrigued and wants to know more. She’s open enough to the idea that she’s willing to joke about it."

[snip] overall, I didn't really sense resistance so much as hesitantly going along.

I prompted Allison for her overall impression, and she responded with an auspicious association.

I'm reminded of a Wizard of Oz feeling, from the beginning, when Dorothy meets the traveling salesman. She's not worldly and she too trusting, but she doesn't quite buy it, either. And her unadulterated persona ends up leaving him feeling guilty about messing with her.

That's not quite how I remember Dorothy's interaction with Professor Marvel. His crystal ball session is pretty convincing  to Dorothy and she rushes back home, which is what she wanted to do all along anyway. In this sense, there's a lovely parallel to Joe and Christina. Jil Allison and Seamus see Christina as going along with Joe's sales pitch, of wanting what he says to be true. Here's the Professor Marvel scene from the W of O.

A few words about Professor Marvel. Interesting that he references Egypt at the get go, and then makes two uncanny guesses. Dorothy's barn has a weather vane of a running horse, and that Aunt Em stands for Emily. Perhaps running horse weather vanes were all the rage in Kansas, but according to thinkbabynames.com back in the 30's Emma was a more common name than Emily. Maybe Professor Marvel has a little real magic going on. I'd trust Dorothy's judgement any day.

I really love that Allison made the connection to the Professor Marvel scene. The Wizard of Oz is one of my favorite films.

The end was confusing for Allison and Tim. Joe whips out a media disk, reflects rainbows into Christina's face, then inserts the disk into a laptop and the scene ends.

Allison via FB "I didn't get that last part from the guy in "check it out."

and Tim via FB "Trying to figure out why the play with the reflection on the CD."

I replied "Do you have any ideas Tim?"

Tim responded with "Not a clue"

089 Check it Out ends abruptly, and although the meaning of the disk business wasn't obvious, I am encouraged that both Tim and Allison raised objections, that they noticed a loose end. Because there is subtle significance to the business with the disk, but based on the feedback too subtle. A few of my more paranoid collaborators were awol for this scene, otherwise we might have had more theories.

A few hours after 089 was posted, I was on the phone with Jil talking about Christina and DOG. Jil is very enthusiastic about Christina, her quirky mannerisms and presence. I messaged Jil a synopsis of our conversation and my interpretation.

Dan to Jil via IM

Jil (paraphrase). Christina’s idiosyncratic behaviors and mannerisms are hilarious and intriguing, she is an unpredictable character. Authentic. (Dan notes – I get the sense that Jil recognizes Christina, that Jil might even admire Christina for being unapologetically and even un selfconsciously herself. She is perhaps almost a heroic character, she has not been bent to norms, would not fit in to patterns that have been demonstrated to her.)

YES! Exactly.
This is also how I would describe you.
She is not the stereotypic image of ‘heroine’. She may be misunderstood as ditzy by some but she most definitely is NOT.

Popping out of the cosmic background radiation, Jordan via FB transmitted a vital perspective.

Is the sound a work in progress? Or is it intentional? It is choppy and hard for me to really focus on the scenes.

Stellar feedback. Jordan's grousing represents a rift in the fabric of collaborative spacetime. How many other potential DOG devotees are lost because the premise of Crowd Creation has not been clearly explained. I replied to Jordan...

"I admit... for most scenes, the sound is mix is usually NOT complete, and definitely not for this scene. I understand this can be distracting. As probably you know, a scene is comprised of many elements - shots, edit, VFX, dialogue, foley... For Daughter of God, the different elements in each scene are in various stages of (in)completion. The sound mix is (traditionally) close to the end of the post production process, after everything else is tight and polished. The theory of this Crowd Creation adventure is that if collaborators can overlook the rough edges, we can get some sense of whether a scene is generally headed in the right direction for story and emotional impact. The opportunity here is not so much watch my cool movie, as it is roll up your sleeves and get into the messy movie making process, create with me. That's not for everyone, it's an adjustment for sure!"

This prompted me to revise the scene page at dog.movie, explaining the premise in more detail.

Through 2018, we're posting working versions of scenes from Daughter of God and asking for your opinions. Answer the feedback questions and/or just give your gut impressions.

These scenes are incomplete, ragged edged, works in progress. You'll hear and see all manner of technical imperfections and glitches. You're welcome to comment on the really glaring problems, or talk about how the story, action and dialogue moves you.

You don't have to know anything about the plot, premise or who the characters are. Each scene is intended as a stand alone mini-movie. Sharing your experience helps us to know whether a scene is on the right track and ready for polish.

The Daughter of God invites feedback from everyone who loves movies, the science fiction genre, art and story telling regardless of gender, nationality, sexual preference or whether you've ever had a delicious pancake dinner with Shri Fugi Spilt. To get involved with the project, you only need to have feelings and be willing to share them.

Then there's the blessings and getting on the list of best beloveds.

Your feedback is making this movie!

While I was under the hood, I also rearranged the content silo for the podcasts so that everything was easier to find. The bounce rate for dog.movie has been high and this was a first step toward remediating that. I also expanded my chops with Beaver Builder and am now poised to begin a comprehensive renovation of dog.movie that might jump dazzle up a few notches, make DOG look more like a REAL movie.

Thanks Jordan, that was really helpful feedback, lots of birds fed with one seed. The biggest bird - test screening implies rough edges, and somehow that's not only not annoying to future collaborators, but the best part. The premise!

Were going to do a little something new, yay! Episode 090 and 091 will feature a before and after of the same scene. First the raw live action footage, then the VFX enhancement. This is going to be tricky for us all, because we're going to peer behind the wizard's curtain and glimpse the control panel. I want to keep you all fresh and innocent, but I think this is relevant to our process and the premise of Crowd Creation. So here goes.

Welcome Aboard introduces the main characters of DOG, Christina, Gerry and the Big Boat. The theme song Another Fucked Up Day in Paradise gives a bit of exposition about the DOG universe. Choose one of these two feedback questions. What stands out for you? What relationships are hinted at?

I trust we won't have too many complaints about the sound in this Welcome Aboard, because it's mostly me playing and singing with some virtuosic mixing and instrumental boosting from the celebrated Gabonese rapper, Ndong Essinga. Maybe Jordan will reemerge from dark matter and shine with more feedback in 091, he loves to be sung to!

That's a wrap on 090 Welcome Aboard, the 90th episode of the Daughter of Godcast, Crowd Creation. Cut me some slack for continually reveling at the episode count. I'm blown away that I've been podcasting for 90 weeks, most of my monogamous relationships don't last this long! I guess this is what happens when we decide to really live, when we let the movie make us. You don't need a movie, just climb bareback onto your wild passion, throw open the gate and ride no matter what. I'm still deciding to really live, every day, with every breath. For me, this project is really a profound illustration of how to manifest. Deploy, pay attention, revise, redeploy, pay attention... and for every galloping, teeth rattling step, trust your feelings, let go Luke, trust the force!