Episode 089
Check It Out

Sparkling days, blue sky, sun. That's spring in Northern Michigan, and well here we are in situ, smack dab in the glory. Taking my primitive technology of microphones and laptops into the wilds, the most advanced technology, our bubble biome, Earth. Then there's me here, a slightly more bordered biome, a walking wilderness. My skin contains an ocean, mayhap I am also a universe. How can you not feel vast on day like this, on any given day, decisively alive and present? 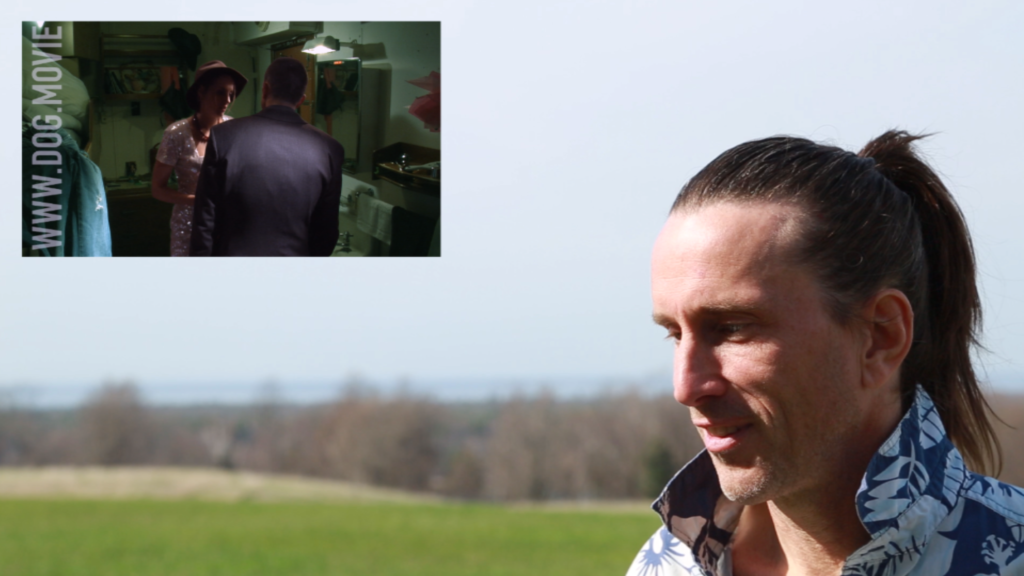 I am reminding myself of magic in this very public way, every week. I don't know who might be listening, but I can feel you are, and I am talking to MYSELF, myself as I will be, myself as I am becoming. I talk myself into being. OK, I write myself into being and then talk after, which for you feels like right now. We have transcended time you and I, for this recording is from the past, perhaps thousands of years old, yet I am alive for you. My words are brand new, spontaneous, unprecedented. Certainly what you do with them will have never been done before. Your experience right now is brand new across all the timelines of this vast cosmos. The new you, hello!

Now let's movie. Wading into the...

Christina is deep into coherent thought cultivation when her phonette buzzes with a communication request. Even before the catastrophic collapse of civilization, voice calls had become a rare occurrence. Post apocalypse, there’s usually just a feral AI on the other end of the call, pointlessly promoting extinct products and services. Exasperated, Christina answers…. and is transported.

The feedback question for 088 is, how would you categorize this experience – hallucination, flashback, fantasy, other? What connections are suggested by Christina’s interlude?

Magnificent perspectives from our collaborators took 088 Hello beyond my original concept.

Jil via Vimeo was enthusiastic. "I fucking love this scene! Brilliant!" [snip] "This is by far my favorite scene. I have watched it many times." Jil opines that Christina "went beyond the veil" [snip] "The place where the souls go after they leave their body via death, ketamine or ayahuaska etc."

An abrupt shamanic episode where Christina gets a glimpse of the wiring underneath the control panel. The soul's journey, visionary plants and the prominent petroglyphs, are all associated with shamanism. Christina is blasted out of her body by a phone call and goes elsewhere, a spontaneous explorer of consciousness, of reality.

What I take from Jil's interpretation is Christina's ability and even agency. Christina might be a spontaneous traveler, but she is able to make the hero's journey and return. She has an extraordinary gift and power. Jil also quips that Christina "is so funny", which implies a trickster deity might be involved.

Seamus via dog.movie gives an contrary but equally intriguing interpretation.

"The way she froze suggests she wasn’t even conscious of the experience. I don’t think she was physically transported. I think her mind was temporarily turned off, transported, updated, returned to her body, and turned back on again."

Seamus seems to imply that her mind is altered without her consent or even knowledge. She is programmed with new instructions, reminiscent of a Manchurian Candidate or a subject of the CIA's MKULTRA project. She is biological machine controlled by who or what?

This is a much darker perspective than Jil's. What was Christina's mind changed to and why? What can we gather from details of the experience? Spooky.

James via dog.movie had one word only, Apparition. I queried him for more detail but to no avail. This word reminds me of ghosts, dead things showing up, penetrating back into our experience. Another version - Christina doesn't go anywhere, but her reality is pushed back by a ghost reality, a long gone reality returning. Again, to what end?

Tim via Facebook was more pragmatic, he opined that Christina was imagining what Uncle Joe was saying on the phone. The quality of Joe's voice changed between the phone and the petroglyphs, which I intended to convey a demarkation, not a continuation. Seems like Tim heard these as one conversation.

088 Hello is still quite rough. Seamus made the excellent suggestion to have the lighting on Christina change to match that on the petroglyphs. I have several other enhancements planned, and now lighting has been added to the list.

My original vision was somewhere sideways of our collaborators', but now incorporates their wild interpretations.

Christina's got objections and Uncle Joe's got solutions. The crux of the quest is revealed and the path is about to light up. The feedback question is, Is Christina putting up token or credible resistance? What does she ultimately want?

This is the big spoiler scene, the premise of the movie has been revealed... or has it?

Episode 089 of the Daughter of Godcast, and my friends, this really IS the movie making process. Preparing a scene each week, getting feedback, writing and podcasting about what I learned from the feedback, then getting another scene ready. In between I take an occasional bath, run in the forest, make food, do some dishes. Flow. The movie is getting made, other key outcomes are coalescing too and what was overwhelming now feels like a hilarious adventure trending towards inevitable triumph. The IDEA of you, my imaginary audience, 89 weeks of pretending you are out there, listening and watching, has made me more. Because, and here's the twist, I've learned both to love you and not need you. I've always engaged in ecstatic self talk but together we've turned this into a practice. Weird right?