Won't you be my neighbor? My collaborator, creative consultant? When you donate your brain to art, you get to have it back afterwards - better, stronger, faster. Test drive the hive mind with Crowd Creation, Daughter of Godcast Season Two. This is episode 081, Drawer and I am one version of Dan Kelly, Shri Fugi Spilt, skidding into the super conscious from Northern Michigan, where we're still enjoying a gorgeous, cold winter. On the road ahead, a dense drift of fresh snow, whisping white in the wind. Let's hit the gas and slam on through, blinding ourselves with beauty. 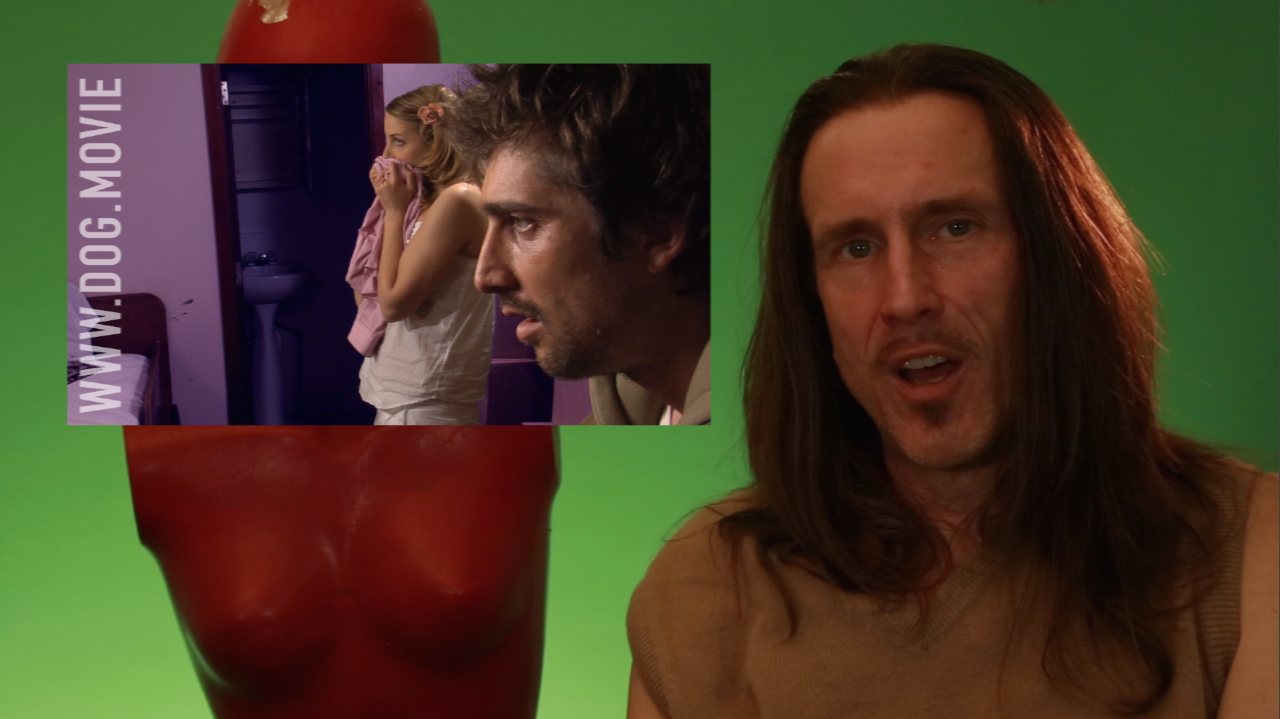 A woman peers out from a door ajar. A prolonged creak as she slowly opens the door, revealing an enigmatic figure, half smiling. She seems to recognize him, calling him by name.

The feedback question – What emotions does the woman experience as she opens the door?

Funtastic feedback from our core and a recent arrival.
Pam weighed in with a vintage reference from the 80's, referring to the dude in the hallway, Uncle Joe as Freddy Krueger, the dream serial killer from Nightmare on Elm Street. I was 21 back in 1984 and too busy raising my own sweet hell myself to bother with Freddy or the Nightmare franchise. Until checking Wikipedia today, had only a vague notion of what the story was about. Here's a movie poster, note in the upper right there's a fedora silhouette. 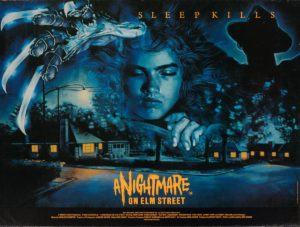 The cover for the score is strikingly similar to how Uncle Joe appears through the doorway in "Creaky" Oops. 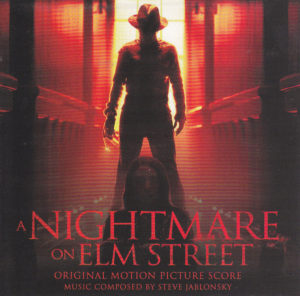 Creaky's strong association and even homage to Nightmare on Elm Street is totally unintentional. We'll have to consider whether this helps or hinders our movie.
For Pam, the woman's emotional journey starts off rough. "At first she seems a bit nonplussed, taken aback, as she scans her visitor from toe to top." (snip) Recognition and realization cross her face as she slowly accepts him and her smile turns into one of welcome.
Then Pam offers a fascinating perspective.

"To me it looks like she has made up her mind to greet him warmly, but I am not convinced."
I encouraged Pam to explain.
" 'I am not convinced', meaning that she is not authentically feeling warm towards him? What is she really feeling about him, do you think?"
Pam responded.
"I think she is feigning her welcome, (snip). I don't know why she's not so happy to see him, maybe just surprised or taken aback, but then she decides there's no reason not to acknowledge him. For me, if he's been brought back from the dead or dying, I might have some hesitancy about my feelings. It seems creepy, somehow.
I love how Pam steps into the shoes of the woman, wearing her. Pam IS the woman in the doorway, an ideal perspective for offering robust feedback.
Timothy threw his fedora into the ring with a bit of sarcasm that I didn't immediately catch, but after a bit of prodding, all was revealed.

Me "I agree totally... but how does it make you feel?!"
"It was sort of like pulling off a band aid. Maybe she was afraid of what she was going to see, but just whip it open, (she's) only making it worse." (snip) I do think the door sound was a little over the top though, in the back of my mind I was picturing you farting into a microphone."

I resisted the temptation to look up the world record for longest fart in the Guiness Book.  Door creak as fart was also corroborated by Seamus, which may say more about Timothy and Seamus than about this sound effect. And perceiving the door creak as a super long fart might be a happy accident, Seamus called it a "comedic moment".

Tim likened her door opening to "pulling a band aid off", he wanted her to  just yank the door open and get it over with.  Which implies the woman has a wound, the guy in the hall is somehow involved with her wound, and now she's gotta do self care. Tim's experience is packed with inferences, which demonstrates a connection to the woman, she's not doing what Tim would do and so he's feeling annoyed. Tearing off bandages is probably not standard first aid practice, so Tim's really talking about how he would open the door, which is wonderful.

This feedback process is so amazing. I think I've just learned something new about the woman from Tim.  I wrote her lines, I directed the actor. There shouldn't be anything I don't know about this woman. Yet, Tim's band aid metaphor is rich with insight. Wounds and self care, wow. Thanks Tim and welcome to the Crowd Creation!

Seamus via dog.movie offered a wide spectrum of emotional experience...

"She looks like she experiences hesitation, then mildly alarmed puzzlement, then bemused acceptance."

...and then dropped a wild card.

"It looks like she was expecting him to show up, but didn’t know when."

That's feels resonant for me, here again, new insight into the woman's character.  How long she had been waiting - minutes, weeks, years? Perhaps she's been in a kind of suspended animation, as if aboard a sleep ship sent to colonize a distant star system, the crew revived just before planet fall. Returned to the busy-ness of waking life. Has she been activated after a long dormancy? Coming on-line? Nice one, Seamus!

Joe via Facebook offered this poetic impression about the woman's experience.

"Serenity then arousal (slightly sexual) and then genuine joy. The door creak made me think of the way when we're entranced or focused we can utterly disregard something otherwise awkward or annoying. Also made me think of how reality moves so slowly compared to memory or thoughts or dreams."

and this from James via dog.movie

Like Pam, Tim and Seamus, Scott via Vimeo identifies  a harsh initial emotional state for the woman "her face begins in a cautious, barely recognizing gaping stare, then blossoms and grows luminous" (snip).

Both Scott and Pam remarked favorably on the Dead Birds Carry Contagion poster behind Uncle Joe. With all Scott's erudite commentary, his key contribution this episode was a more meta inquiry.

"you discuss the many ways that comments have helped shape the movie.... might you soon be able to give an example of an instance that feedback (snip) has resulted in you editing a scene differently, adding/subtracting something from a scene [?] (snip) how's it REALLY effecting change in your process. [?] "

"You bring up a great point that I've been pondering. As you already know, we are inventing this Crowd Creation on the fly, we meaning me and everyone who's offering feedback. I want feedback that's pure, uncontaminated by my preconceptions about what the scene is about or even any context of surrounding story. The less I can say about the scene in the way of setup, the better.

Feedback can be emotional responses, associations, triggered memories, guesses about what might be going on and interpretations of what the characters could be experiencing. I especially dig when folks riff on the themes, spin off variations and totally new scenarios, like Allison and Seamus have done for past scenes.

From my perspective, feedback hints at whether the effect of the scene...

I haven't disclosed what I've learned from the feedback so far because I haven't wanted to contaminate feedback from folks that might join us in the future. However, (snip) I've got to share the evolution, somehow.

So along with new scenes, I want to start reposting scenes with feedback inspired revisions and request impressions again. Somehow this would include a discussion of changes and the rationale for same."

The Crowd Creation is shifting. I've felt a yearning for more and Scott tuned into this cosmic vibe. More soon.

Feedback question - Besides the man and woman, what other characters are active in this scene?

That's our episode, 081 Drawer. Thanks for listening and we look forward to your observations, insights and grousing.

The Daughter of Godcast Crowd Creation is such a  cinematic innovation, we might as well be speaking Francais. Auguste and Louis Lumière, Georges Méliès, and Jean-Luc Godard have nothing on you all! Even though I'll be in the credits for Daughter of God as writer, director and special effects supervisor, YOU are making this movie. Your feedback yanks my strings, helping me to lollop and cavort like an ecstatic puppet, almost a real boy. Your feedback is my soma, my rocket fuel, my blueprint for awakening the hearts and minds of the sustainable civilization. Just as Harleys are more brand than bike, Daughter of God is way more movement than movie. Art is the answer, ecstatic dance our revolution, to paraphrase that sexy bitch, Emma Goldman. Or Michigan's own Voltairine de Cleyre, a total babe.