I'm loving this chapter of the movie, the making and the feedback. Scenes and components sketched out years ago, (or maybe last week) are tuned up and set loose upon the world, the world wild web, that is. How fun, how essential. I am fascinated and often surprised by your experience. Hints about how to clarify and enhance scenes, new ideas. Thank you. 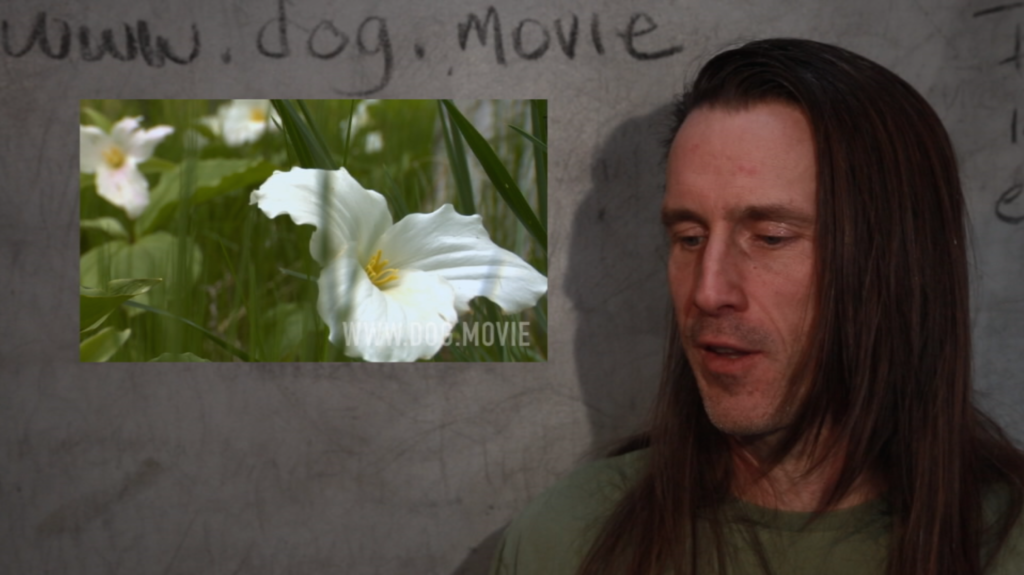 Not much feedback IS feedback!

Maybe Twelve Mediatronic Ads just sucked. Is there another explanation?

Test screening on the internet is exciting, because our content has to be ultra compelling. This not in a darkened movie theater, you are not a captive audience. There's so much else going on, so many other posts, feeds, a smorgasbord of seductions. DOG's scenes have to be more intriguing and magnetic than everything else, if they're going to capture any cognition. But the flow of feedback is not just about a scene's awesomeness.

Sparse feedback could mean the presentation is ineffective - the video might be glitchy, slow to load or my request for feedback could be obtuse and confusing. And/or, the content might be totally inappropriate for the social media platform - too long, too subtle or in conflict with the prevalent aesthetic. There's a lot of mights to consider.

If we offer a scene and there's not much response, I can't immediately assume the content is awful or that no one loves me. This is detective work, observing and tweaking, optimizing for response. The nuts and bolts of getting feedback are as important as the feedback itself.

Twelve Mediatronic Ads was likely too long and didn't have enough context. I wonder... if the ads had appeared on refugee relief boxes, either in an empty hallway or behind Christina or Gerry, would feedback have been more abundant? This will be fun to revisit.

We've requested  feedback on 4 scenes, 2 under 15 seconds and 2 over 2 minutes. On Facebook at least, shorter chunks are more likely to be watched and commented on. The scene with the most feedback so far, Open Season is a free standing miniature story, with a hero, a challenge, and a transformation. That might have helped too.

Social media platforms are diverse. As an artist and designer, I feel Facebook is a horror show, an addictive, sluggish time suck, but many of my family and friends are there. Even so, only a small percentage of my family and friends are also the audience for Daughter of God. She's wanting more nerds, freaks, iconoclasts, mavericks, tilters at windmills, dreamers, utopians, troublemakers. There are scads of social media platforms specifically for artists and geeks. We're headed there, stay tuned.

As of Monday January 29, for Twelve Mediatronic Ads Facebook reports 51 views for 36 minutes. Since the video is 2 minutes long, 36 divided by 2 equals only 13 people, which means most of the 51 viewers didn't watch to the end.

89 people saw the post on Ello with one like by Darren John, a nifty muralist based in London. I can't tell how many watched the video on Ello, but Darren likely did, so thanks Darren!

07 is my favorite, probably because of the rhyme. 10 is the most disturbing, because it implies that no progress will have been made during the intervening years on the issue of male disposability.

07 is Addictouvre, a mashup of English, French and Spanish, possibly promoting a therapy regimen for substance abuse. There's a flash of Ernesto Che Guevara at the end, so who knows.

10 is the classic Uncle Sam saying, Your Boys, My Toys. Perhaps a recruiting poster for adolescent drone pilots.

Judith and I had a brief exchange via email, concluding thus...

11 is about Collaborative Cognition and Global Wealth Redistribution, whatever those are.

James's favorite was 10, Taste the Royals, a not very subtle hint at celebrity cannibalism. I am a little worried this will actually happen before the Daughter of God hits theaters, such an obvious extrapolation of current trends. James was most disturbed by 04, Proslots 100. I am disturbed by 04 too, though I am not sure what it's about. I asked him to elaborate.

I am fortunate to have a cadre of about 25 other artists who appreciate the significance of this undertaking, the zany Daughter of God movie making. Folks who enjoy collaboration. Judith, Seamus and James are among these shining stars. Kudos comrades!

Somewhere in a grassy flower dotted field, federal reserve bank notes and rotting leaves co-mingle. American scrip was always more cloth than paper, and this cash, instantiated just before the collapse of civilization, is more computation than cloth, it's smart money. Each bill is slightly sentient, able to answer questions, check the accuracy of transactions, and offer sound financial advice. Now tho, with humans mostly missing and no economy to service, the lonely bills have only the wild things to keep them company.

I've offered more backstory than usual. My guess is that plenty of people will watch this scene without knowing the premise behind Smart Money... the title is a little hint but I am curious to see what non podcasters make of this.  So, there are two variations of the feedback question, depending on whether you checked out this episode or not.

Thanks for flying with the Daughter of Godcast, the frequentest feedbacking movie ever to hit the internet. An innovation, an unprecedented hot mess that we're just making up as we go along, and what fun we're having, eh? I am for sure, the royal we and if you're still listening and watching up to this moment then by gum you might be too, so unlike greats swaths of the internet, some of our assertions are true, go figure. Truth is totally over rated, what we care about is allowing maximum yumminess, of feeling good in the deep sense, the damn I'm the whole freaking universe sense, because being the cosmos while playing the human game is the cats pajamas. The royal we includes you too, we love you! What emotions does that bring up for you? Feel them, mmm!