Hello, here we are at another episode of Daughter of Godcast, Crowd Creation, this is Episode 073, Open Season.

What's this podcast all about? We're asking the internet to help make a movie, Daughter of God. We want to trade scenes, shots and snippets for your feedback, opinions and critique. Every week we show a new chunk of the movie and report back about the previous week's chunk. 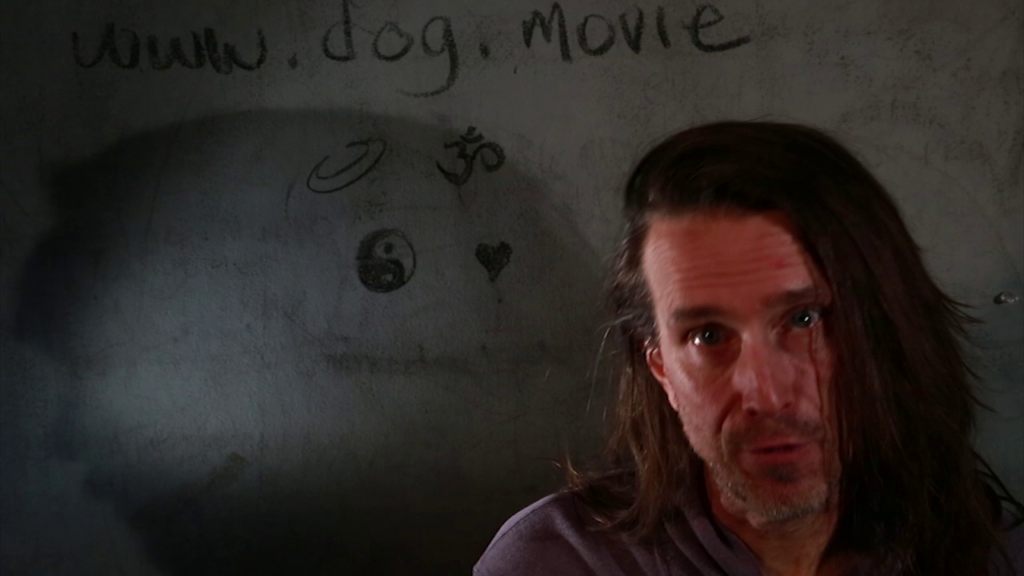 If you just want to listen, no worries.  The Daughter of Godcast strives to be a stand alone audio experience, you don't have to look at anything. However, you are always welcome to join us in the next dimensions, the visual dimension, the interactive dimension. After 70 episodes of history and preaching by me me me, I'm itching for you you and more you.

So there's the premise, super easy. Let's have a conversation. We could have so much fun, we could make such an amazing movie together. A way better movie than I can make on my own. Hear me, podcast listeners and mayhap watchers. Come with me on this adventure. Be a movie maker. Play with me.

In preparation for her date with Gerry, Christina dances into and out of various costumes to the pulse of random shortwave radio broadcasts. The question was, based on her clothing choices and style of movement, what 5 adjectives best describe Christina?

Date Dance had 22 plays, 56 impressions and a play rate of 39%, down from the 33 plays, 78 impressions and 42% play rate for Episode 071 Wall Street Under Water. This drop in interest was surprising - the thumbnail image for Date Dance featured an attractive human female in an alluring gown while Wall Street's thumbnail is just a beach of bricks. Perhaps the deep shadows of the shot made Christina look like she's frowning.

I introduced the chunk and asked for feedback at the end, but this wasn't effective. Date Dance inspired less feedback than Wall Street Under Water, which had no introduction or feedback request. Date Dance was probably too long at 3:25.

Scott and James both commented at dog.movie. Scott gave the following 5 adjectives.

At first, I wondered if Scott was describing the overall vibe of the shot rather than Christina herself, but then I looked up the definitions. For Scott, Christina is fast and energetic in a rather wild and uncontrolled way (frenetic). More than just a quality of motion, she is motion incarnate, (kinetic) and at the same time frozen in a flash of light, stroboscopic.  She expresses emotions in an imaginative and beautiful way, lyric and is a document of her own life, autobiographic, an open book. Scott's adjectives are interesting in that they describe Christina without implying right or wrong, worthy or unworthy. I feel a deepening of insight about Christina because of Scott's description, her backstory grows.

James had these 5 adjectives to describe Christina.

James describes Christina as having  the attractive or exciting quality that makes certain people seem appealing or special, (glamorous), with an even consistency, (smooth), attractively lively and animated (vivacious), having a pleasing quality involving a subtle effect or contrast rather than sharp definition (soft) and deliberately enigmatic, (mysterious).

I replied to James, "Your adjectives feel affirming, I’m guessing you’re experiencing her as a protagonist, a character you’d root for." James feedback is very close to what I intended to convey about Christina, but like Scott, his description also expands her for me. He hints at a goddess-like aspect, both attractive and unknowable, desirable and intentionally occluded. Subtle and lively, animated. She is a collection of fortunate contrasts.

What I learned from Scott and James is that Christina is alive. Carmen Althaus Koenig and I breathed life into her, now she is autonomous, a free agent. Becoming more than I ever imagined.

This week's chunk is Open Season.

073 Feedback - Open Season from Daughter of Godcast - dog.movie on Vimeo.

A she deer foraging in a peaceful forest glade is startled by an arrow thunking into a nearby tree. She looks up, locates the threat, and fires ruby red laser beams from her eyes. There's a pitiful scream and the sound of a body toppling into the bushes.

Here's this week's question. About how many times did you replay this shot? Also, feel free to comment on anything else that stands out.

Remember, you gotta watch and give your opinion if you want to make this movie. Play with us, please. Just takes 5 minutes to join the fun!

You've been hunting for fun with episode 073, Open Season, the Daughter of Godcast Crowd Creation. Who is this crazy Crowd? You are my dears, each and every one of you is our crowd, a volunteer militia of free citizens, misfits and freaks, shining stars with clear preferences, opinions and insight. I invite you, nay I need you. Because now YOU are this movie. You can just listen, you can just watch no problem. That's so sweetly 20th century, what most folks used to do. As for today, the world has mored, bloomed. Our flower nature is calling, what we are about to be is ready. I promise you'll get into lots of excellent trouble, the dreams you've stashed in the dark earth are sprouting, months from spring and they've started to sing. I'm talking about a space ark, people. Parked in your driveway! Go look!