A podcast about movie making and the science fiction featurette, Daughter of God, with Director Shri Fugi Spilt, (Dan Kelly). Daughter of Godcast, Episode 068, Golden. Starting a contemporary American civil war in 2016, (if we're lucky) vs the superimposition of a global utopia flowing from empathic criteria.

Declaring ourselves to be what we are might feel both empowering and risky. in the words of Morrie Warshawski, by putting ourselves out there, we magnetize the field and invite the like minded to come and play with us. We're ready to be found. On the cosmic level, we are also inviting resonant resources to show up, flowing into our desire. 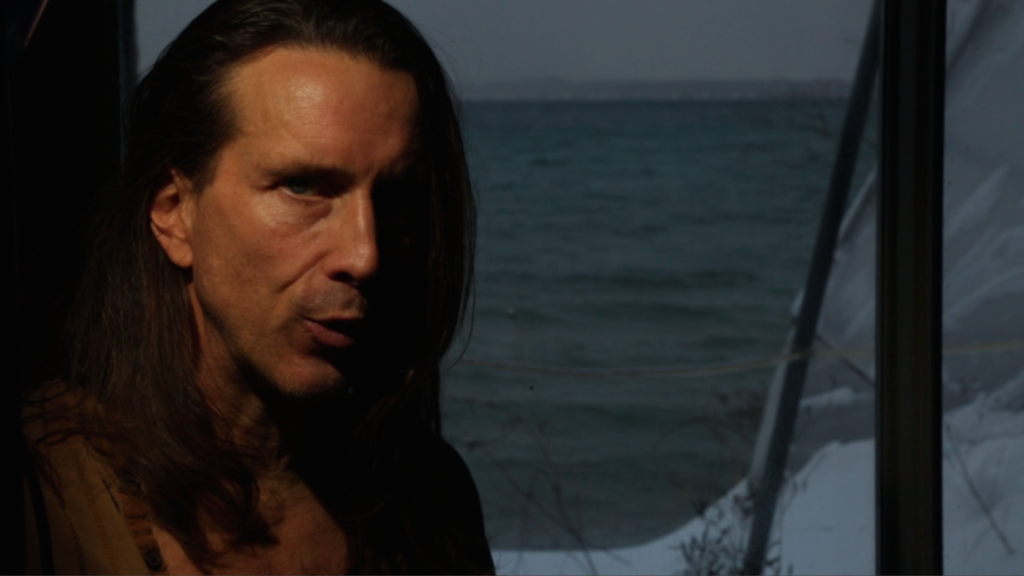 For those fixated on duality, everything has an opposite. Existence implies non-existence, and vice versa. Dualism can be confusing though, opposites aren't always obvious. What's the opposite of monogamy? Being intimate with lots of people (polyamory) or being intimate with no people, celibacy?

A fundamentalist Christian might take issue with my categorizing the bible as arbitrary criteria. To be fair, ALL authoritative tomes are packed with arbitrary criteria, including chemistry textbooks. Science is a kind of religion too. I'm using arbitrary to mean outside of our own experience and feelings, external as opposed to internal.

Interestingly, the golden rule - do unto others as you would have done unto you - pretty much sums up empathy, and that's from the bible!  Like other religious texts, the bible codifies both arbitrary and empathic criteria. Variants of the golden rule are extant all over the Earth, the idea could be universal... but the specifics of what we would have done or not done unto us is dependent on culture and personal preference.

In 2016, episode 010, I opined that the rise of Trump might presage a contemporary civil war, if we were lucky. With all the controversy lately about what is right and wrong, the intense polarization, I am wondering if the civil war isn't already on slow simmer. I have a brother I don't agree with but that doesn't mean we're going to start shooting at each other. We just don't form a viable polity, we don't share culture.

Did we ever share culture? We might have shared a story, once upon a time. How about the Velveteen Rabbit? American democracy is like the velveteen rabbit, a stuffed toy who desires to become a real rabbit through the love of his boy. Americans have been snuggling a stuffed rabbit, wishing and dreaming, but our rabbit still isn't real and perhaps beginning to come apart at the seams.

The national rabbit started out as a patchwork of unpleasant things. Founded on genocide, thriving on slavery for the first hundred years, the USA has since transformed supposed citizens into revenue generators (consumers) to finance a forever war. We have no idea who is actually running the show, but on behalf of consumers, the USA has crushed functional democracies, squandered global resources and oppressed people both within and without it's borders.

Can we love this rabbit real in spite of his horrific origins? I like my house in Michigan, so I'm prepared to dream and love in unprecedented ways, living the nation I want to experience. For starters, I'm pretty much blowing off voting except for local issues, because I agree with Mark Twain.

“If voting made any difference they wouldn't let us do it.”

They! Even Mark Twain had a "they". If we want democracy, we've gotta do democracy in our own unique ways, not the sanctioned, sanitized, stuffed version. We got invent democracy. Get creative. Here's a thought experiment, an update of the golden rule.

Could we devise a version of the golden rule that accounted for the culture and personal preferences of everyone? Let's imagine we have and eventually all the people of the planet recognized this version as the universal human ethic, every autonomous being's standard for determining right and wrong. What would it say?

Offer unto others only what you would offer unto yourself, if you and other shared personal preferences, desires and aspirations.

Well, that's a start. This revision implies I'd take some time to learn about the other's personal preferences, desires and aspirations, which would include any cultural context. However, two problems are immediately apparent.

1) What if our ground is uncommon? Like maybe they eat dog in their culture and I don't in mine. So I'm not going to do unto them some tasty dog because that's anathema to me and what about the dog's aspirations and desires to not be killed and eaten? Since I'm not going to offer what I don't want, I can't share ALL preferences, desires and aspirations.

Offer unto others only what you would offer unto yourself, when the offering aligns with shared personal preferences, desires and aspirations.

Bingo. So we've preserved diversity and found common ground. What was the second problem?

2) What if I've got an offering the other has never experienced before?  We can only guess whether our offering would align with the other's preferences, desires and aspirations. Again this implies some research on my part, rapport, walking around in their shoes. Or I could just explain the offering and ask for consent.

Offer unto others only what you would offer unto yourself, when the offering aligns with shared personal preferences, desires and aspirations.

Well, a bit clunky, but workable.

Universal human ethics in two sentences. So maybe today, right here, this is how the utopia gets going, through the Daughter of Godcast, you all are the seed for a world culture of awakening. Like Dr Steven Greer keeps talking about, he's the guy who teaches folks to whistle up authentic ETs on the beach for $2500 a pop. I'm not charging the big bucks for these podcasts because they are open source, I want to emulate the wind and the clouds, all the best secrets are right out in the open, free. Trees or ETs, this cosmos is constantly falling in our laps.

I started this off opining that declaring ourselves to be what we are might feel both empowering and risky. Bt declaring,  I become visible to everyone, not just allies. What about the dualistically obsessed, those folks who declare themselves our opposite and then get extreme, deciding that our end of the magnet needs to get cut off, amputated, deleted. Who are so close, so deep in the duality that they forget the balance, coexistence, interdependence. Unaware that magnetic fields are a polar phenomenon.

Without an us, there is no them.

Should I ignore the ignorant with their tiki torches and dogma? The idea that threats will be threatening to the degree we attend to them seems nutty. What if Roosevelt had ignored Hitler?  Yet when we put fear out there, we seem to get fearful things back. Choosing courage is encouraging.

Am I forgetting the magnet has poles? If I declare myself this, aren't I automatically declaring myself not that? Am I acknowledging my contribution to the field or am I trying to deny duality?

The idea of utopia is basically a vision for things to be less fucked, or hardly fucked at all. Perhaps utopias are an attempt to break duality, but maybe not. My utopia has to include adventure, that's what theme park Earth is all about. Could our adventures be more decisive, deliberate, conscious? Still intense but not so much about rancor, shame and nameless fear? A utopia of choice.

This update of the golden rule isn't really needed. Because these caveats are already built in when we consider the implications of do unto others as I would have done unto me. I want to be treated with respect for who I uniquely am, including all my foibles, occlusions, triumphs, on and on. To treat others the way I want to be treated means I'll need to think about who they uniquely are. Deep down, past their Facebook profile, why the neighbors whisper about them, what they are for breakfast.

You've been glowing with the Daughter of Godcast, Episode 068, Golden. The first American civil war pitted brother against brother, in iPhone age the sisters are jumping in too. About time. Is this a private fight or can anyone join? We're all welcome to fight, or dance, or party. You might think you were uniquely not invited, that you don't fit in, or that you want to lie low, stay safe. But oh life just got dropped off at our doorstep, the UPS truck is driving away and we're itching to open the box and see what's in there. Whatever we ordered, freshly instantiated, 3D printed from another dimension into our now. We don't need no stinking Amazon