A podcast about movie making and the science fiction featurette, Daughter of God, with Director Shri Fugi Spilt, (Dan Kelly). Daughter of Godcast, Episode 063, Emergence. Coming out of the closet big time about knowing how the universe works, the meaning of life and how dreams come true.

What a wonderful adventure. This is episode 063, Emergence. Sipapu, where we pop out of a hole and enter creation. That's a Pueblo people's myth, at least that's what the white skins said back in the early 80s when I was tramping through the Canyonlands in Outward Bound's 9th and last Leadership Development Program. We're not going back that far in this episode, mostly early 2016 when I was writing every morning, doing focus wheels and rampages of appreciation, techniques for following an unproductive thought or feeling to the inherent boon, the blessing, the revelation. 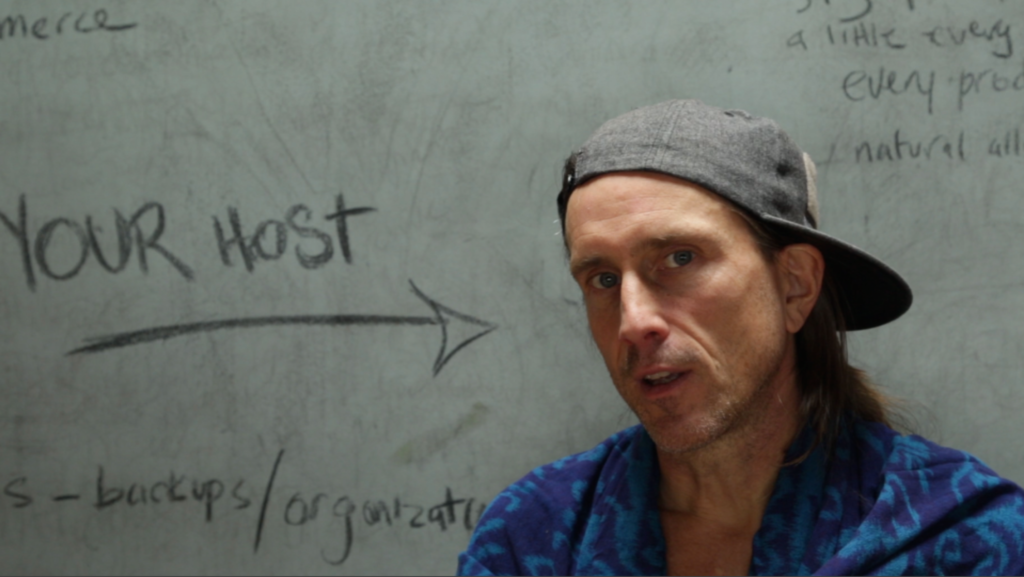 My conception of the cosmos had been reorganized in 2015. My heart break experience was auspicious, because I was uniquely prepared for the story told by infinite intelligence via this lovely woman Ester Hicks. Yep, that lady who channels.

In 2004, I saw What the Bleep Do We Know in the theaters, with Bob, Cynthia and Brent and eventually ended up with two sets of the DVDs. Channeling had been on the periphery of my radar, I'd been exposed to the Seth books but they didn't stick. What the Bleep put channeling on my radar, and the entity Ramtha. I wasn't all that impressed with Ramtha, he seemed full of himself for an enlightened being so I was kinda skeptical about channeling.

As we've established in this podcast, I'm pretty open to the whole of human experience. The scientific method is very useful, a fantastic tool. That's all science is, a helpful tool. Where the science obsessed folks stumble is in missing the obvious, that we are living a miracle, in the Arthur C Clarke third law sense.

Which is - Any sufficiently advanced technology is indistinguishable from magic.

I'm surrounded by magic and miracles, technology so advanced that we might as well call it magic. We human beings are the highest technology walking. We live on a giant living starship, a talking starship and plenty of people never give this a second thought. They cling to a version of science that is primitive in the extreme and call themselves skeptics, rational.

I found What the Bleep to be both intriguing and slightly hokey, similar to another documentary released in June of that year, Micheal Moore's Fahrenheit 911. Adjusted for inflation, Bleep did about 10 million in box office compared to Fahrenheit, the highest grossing documentary at $119 million. I make this comparison just to illustrate the zeitgeist, political machinations vs the nature of existence, what were Americans more intrigued by in 2004?

These box office numbers might also reinforce my theme park Earth premise. We're more into the dirty details of this mortality simulation than our divinity, because Earth is what's for dinner. We came here deliberately. Rarely do we think about our income taxes while screaming on a roller coaster. Earth is a hilarious and hair raising ride, super immersive. That's an apt analogy actually, feeling fullness is about as interesting to some folks as doing their taxes. I love this!

The main reason I found Fahrenheit hokey was the lack of curiosity about the anomalous physics in the twin towers collapse. We had to wait for innovative internet phenomena like Loose Change and Zeitgeist the movie to get that party started.

Tangents, gotta love them too. So... What the Bleep was my first exposure to channeling, and the entity Ramtha left me a little cold. Then 11 years later, in 2015, sitting on the steps by Crystal Lake, Kari poked me with Abraham.

Abraham pisses me off

In 2015, my lover went AWOL and I was feeling rough. Kari Tomashik came for a visit. When I tried to tell her about my woes, she laughed and teased me. Eventually in solid non-violent communication form, I expressed my need to share how hurt I was feeling.

She said, "Sorry Ok. I've been listening to a lot of Abraham lately, so I'd rather have fun with you, but go ahead and tell me how sad you are."

We talked for awhile, but now expressing my feelings wasn't very satisfying.

After Kari left I was like, "Who the fuck is this Abraham?" I found some youtube videos and started to listen, curious but skeptical.

Grudgingly, I started to like what I was hearing. "Yep, that makes sense, uh huh, I agree with that too. I've definitely seen that before."

I marveled at the virtousic performance of this woman Ester Hicks, improvising in character while riffing on an internally consistent story about how the universe works. I had insights, I laughed, I cried. I resonated. 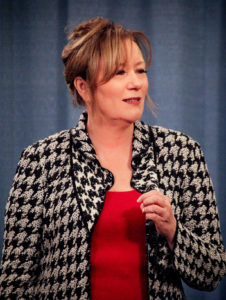 I gently transitioned from seeing her as a performer to believing that she was actually translating an entity or entities collectively known as Abraham.  Abraham doesn't like the term channeling. Basically, through meditation, Ester gradually acquired the ability to open up to infinite intelligence or Abraham, plural. Call them ghosts or gods. What they are is not as interesting as the information they offer.

Abraham was filling in the missing pieces of my jigsaw puzzle. I had a lot of pieces, some even in the right spots. I'm talking about how to live my dreams, not in some afterlife but right here and now life, where I intended to live them.

After downloading scads of YouTube videos, I found out Ester was coming to Chicago in September of 2015. I had to see for myself so I bought a ticket and drove down. Ester live was a bit anti-climactic. She just did what she does on the videos - comes on stage and with a few deep breaths is inspired to speak - as Abraham. They Abraham do an intro and then answer questions from the audience. There wasn't a rainbow aura around Ester, but the information was still top notch.

After seeing Ester do her thing in person without grandiose trappings or hoopla, I released my last vestige of skepticism. This wasn't hoke. The specifics of her process were irrelevant, her content was valuable. I was ready for full on assimilation.

I function best in any domain when I grasp the big picture. Take learning SEO for instance. I had to quit the SEO workshop I was doing a few weeks back because I wasn't getting the big picture, just blasted with a lot of details about the process. I've got to find SEO's big picture on my own, I guess. Search engines are AIs after all, machines starting to think. The suck of singularity feels delicious, like standing on a sandy beach with the surf surging and tugging my bare feet.

Before Abraham, I had a lot of life components and some of them worked pretty well in isolation. Joseph Campbell taught me to follow my bliss, or what I really am inspired to do, do! Alan Watts demonstrated how going divine was a rocking good time. Master Ru, Swami Bua, Marshall Rosenberg. Lovers helped me feel fullness and my last lover in 2015 showed me once and for all that I am fullness.

5) Now Abraham where all this comes together, the pieces fitting. Desires are desirable, manifesting is human nature and wonderful. Our desires are the expression of our divinity, we can believe in them fully, trust them, get charged up by them and the universe is designed to have them show up. The divine is completely at one with the physical, it’s all integrated. Of course we want and so align and have, [be or do]. Notice what could be better and expand the universe with new desire. Yes we are god, we are the leading edge of god in the expansion of the cosmos. How about them apples?

Abraham facilitated a vast integration of what I already knew into an internally self consistent story. By 2016, I knew how universe worked, the big picture. Morning after morning, I consistently practiced my new knowledge and pop! Emerged into creation.

Now, I could tell you everything I know about how the universe works, but you probably don't really want me to. You don't want me to tell you the meaning of life, you want to find out for yourself. That's the fun of being alive. That's why we're here. I'm just glad to know for myself, because now I can finish this movie!

Imagine for a moment I really do know how the universe works, the meaning of life and how to let dreams come true. Turns out the only way to share what I know is to drop hints. If I told you point blank you wouldn't be able to hear what I am saying. Because that's how theme park Earth is configured. Spoilers are impossible. You're not supposed to remember what you really are, you're on a rollercoaster and that means thinking about taxes is not easy, nor desirable. The only way to get there is indirectly, along the path of least resistance.

You could cross a raging river by trying to swim across, brute force, or you could walk a 100 yards to that rickety rope bridge and take your sweet, easy time. Trying to swim the raging torrent might get you drowned. At best you'd have to work hard and the current would likely sweep way far from where you wanted to land. Unless you just love to swim and could care less about the other side. That's a hint, btw. For the rest of the Daughter of Godcast, I'm only going to hint.

Besides, if you're excited for the test screening in 2018, that's going to be the biggest spoiler party ever! You get to evaluate the minutae of Daughter of God, and with your questions and comments change the course of the project. By exploring the Daughter of God universe, we'll be indirectly talking about this one, the one we live in. You'll get the big picture.

You've been popping out of the sipapu with episode 063 Emergence. An easy return to 2016, and how I learned to stop worrying and love the bomb. Because this life is the bomb, the shit, the cats pajamas. We pop into this duality for what reason, why? What's the point? Is god insane as the gnostics imply, with archon armies to keep us duped? Is there a jealous devil seeking our souls? Are we just bio robots destined for the dirt?

Or are all those merely scary camp fire stories we tell each other. Because ultimately, there's a cozy tent and sleeping bag to climb into, waiting just for you. There's snoozing up the crisp forest air under the stars. In the sparkling morning there's slightly burnt pancakes with real butter and maple syrup cooked in a cast iron skillet over glowing coals. There's so much bliss we gotta scare ourselves just to keep things interesting!