I've got a super full plate this week, so this is really just a hello and check in. A brief meander together. 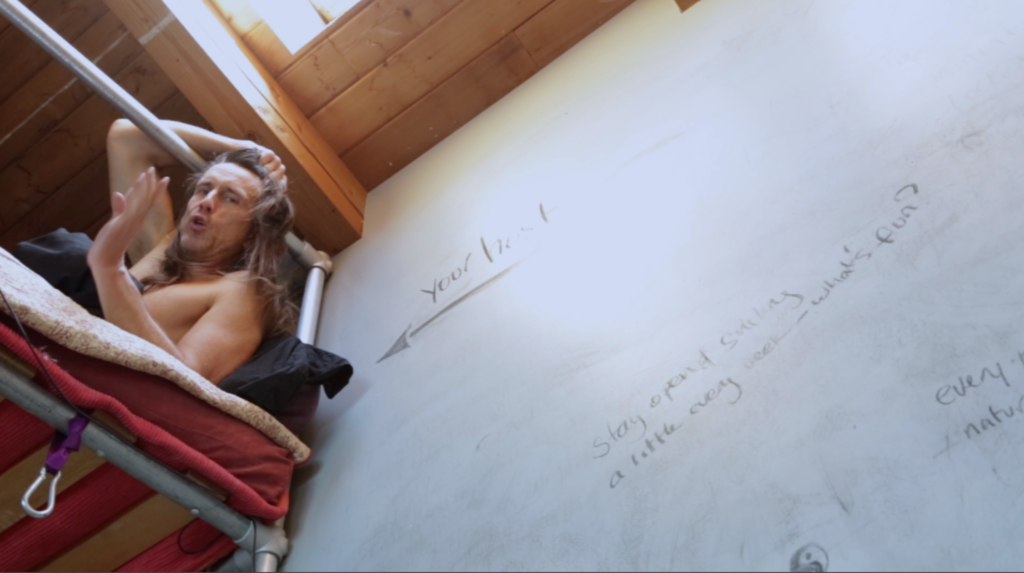 Back from Wordcamp. Went with that connoisseur of the weird, Joe Cissell.

Talking about self distribution and clearing the deck for test screening in just a couple of months, I've identified two learning curves to climb. CSS and SEO.

In episode 058 and 059, I talked about SEO, the way search engines find our project and basically that I didn't have any to speak of.

CSS is about getting WordPress to jump through hoops, to look nice. Nicer than it does currently, at least. But more than that, CSS and SEO are kind of tied together conceptually.

I suppose I could hire folks for both, but I'm dedicating my budget to the final stages of DOG production. Plus Daughter of God is mighty weird and as I learn more about SEO and CSS, I've realized they might not only be mission critical but waiting to yield crazy boons if touched by a creative hand. and since I am the most amazing artist I know...

So I'm banging away on SEO, and the fog is beginning to clear. Still pretty foggy tho.

Other things happened at Wordcamp. At the closing I asked a question.

"Is open source applications and specifically WordPress driving a utopian vision for the future?"

This was met with contemplative silence by the organizers, Ross Johnson, Kyle Maurer and Ian Wilson were up front.

That's a good question said Kyle. Some members of the audience asked that the question be repeated. He couldn't quite repeat it verbatim, so I turned and boomed it back with a bit of theatrical projection.

Then I shut up. A couple of people in the audience responded thoughtfully, like this might have been the first time they'd considered this.

Wordcamp is full of talk about making money, but there's a huge emphasis on community, giving back without thinking about how we'll immediately profit, and certainly the culture of consumption has caused our planet a lot of problems...

On this podcast I've been saying that open source is big shift - as if I know, and I do know. Open source is a challenge to the dominant culture, all that sharing and transparency. Perhaps tho, the community doesn't really see the implications. There at Wordcamp, I suddenly wondered what would happen if I just point blank asked them. So I did.

I had a great talk with Peter Shackelford at the after party. He made a fascinating point. When Apple updates OSX, they give it a name, like tiger, then mountain lion, then they moved on to el Capitan, Sierra. WordPress has been naming their updates after jazz musicians. Peter said that jazz represents the emergence of a oppressed people as cultural influencers, a means to power. Jazz caught the American imagination. WordPress is an analog, empowering the oppressed to influence and shift dominance. I asked if he meant empowering geeks, and he was like no, the same people who made jazz, people of color. I pointed out that the WordPress community in Ann Arbor was already somewhat diverse, and so I proposed that perhaps WordPress could be thought of as a tool for anyone who doesn't fit into the mainstream so well. Call us geeks, misfits and freaks, but not fitting into a suicidal culture is a wonderful thing. Someone has to be outside to offer another way.

Another interesting aspect of this Wordcamp was the prevalence of worthiness sermons. I attended at east three sessions where the speaker said "we might have failed in the past, but we can learn to believe in ourselves and thrive." This was fascinating to me, where was this coming from? Wordcamp Ann Arbor 2017 had a significant motivational and even spiritual component. The word camp suddenly felt oddly appropriate, like base camp, (climbing Everest) training camp (for an army) or camping (roughing it in the wilds).

Could it be possible that the WordPress community doesn't realize they are deep into cultural tectonics? Techtonics? I love that. Not for me to tell them, I'm just over here making movies.

So that was Wordcamp.

You know what else? While I was downstate I attended the World Premiere of Thaw of the Dead, that crazy zombie movie at the Royal Starr Film Festival in Royal Oak, Michigan and... We won audience choice!

You've been Wordcamping with Shri Fugi Spilt aka Dan Kelly, listening and maybe watching episode 060 of the Daughter of Godcast, Camp

Love to all out there, thanks so much for listening and watching. Hey, there's a chance that this podcast is going to get way more listeners in the months ahead, once I get the SEO fixed, so I just want you to take a second and realize that you were here before the crowds. You are a visionary, you are lucky, you are worthy and amazing. You're hooked into the revolutionary resources, you are the change you want to see.