This is the Daughter of Godcast, episode 050 Training.

This title of this episode is a little misleading, but we'll split those hairs later in the episode. 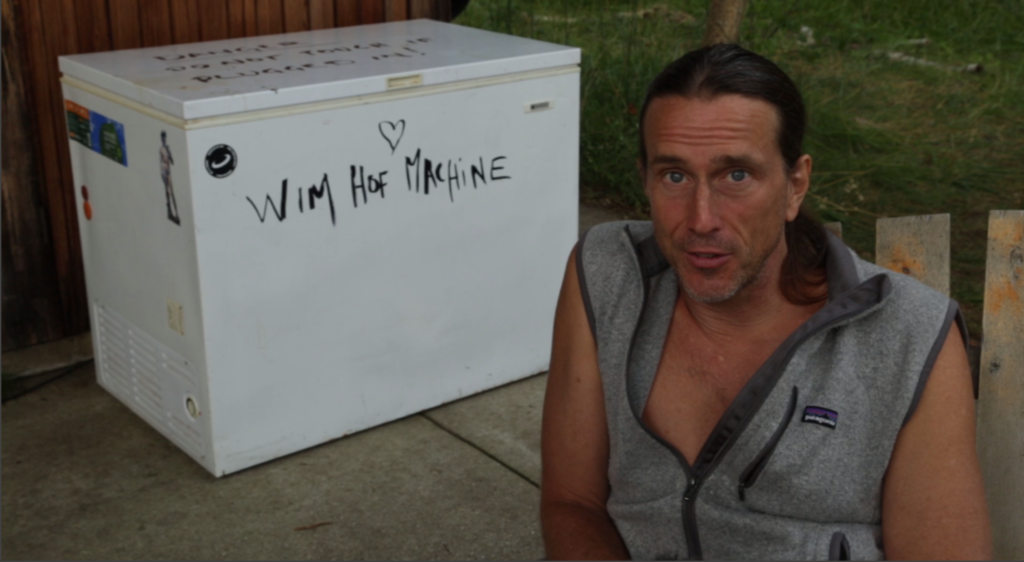 Greetings all beings! Human perhaps but not necessarily. I am definitely playing at duality with all the perks implied, and the name of my game is Dan Kelly, aka Shri Fugi Spilt. This is Northern Michigan USA, Earth somewhere in the first quarter of the 21st century. Whatever manifestation YOU've chosen, share an echo of this now via digital archive, forever frozen for our mutual pleasure. Welcome to Episode 050 of the Daughter of Godcast, TEAM DOG's Training Tips!

First a word from our sponsor.

So we're still family friendly for another episode or two, the swim is this Saturday, August 12, 2017. Two miles in the open water of Grand Traverse Bay. In previous episodes we've been fundraising for wild water, and this week we reached our goal of $2018! There's nothing wrong with raising a little more, so if your hearing this before August 12, 2107, there's still time to donate. For just $11, you'll be... helping to protect wild water, eligible for some groovy movie swag, on the inside track of Daughter of God's gentle release and generally blessed by divine powers in ways too wonderful to explain.

Go to dog.movie and click on the blue and white Swim for Grand Traverse Bay circle.

Episode 050, Training. How does one train for a 2 mile open water swim/race? I've waited to just before the swim to reveal my training secrets.

Not everyone can reveal secrets via a podcast, because a podcast is mostly words and as Abraham Hicks says, words do not teach. Wim Hof says, feeling is understanding. My words in the episode are not designed to convey meaning, but rather inspire a feeling, so with a little luck we won't waste the next 15 minutes.

I enhance my physiology with applied curiosity. What might be fun today? Where is this moment's exhilarating adventure? How  much more yuuminess do I get running 4 miles on trails while wearing an extra 8 lbs feel? How long can I hold my breath under ice?  Why would I drink water straight from Crystal Lake for a year?

Much of my past was about getting ready, in contrast my now is about being fully alive. Rather than training for what's to come, I prefer to be present for what is. In contrast to training, exploration is a discovery of everything we are in the moment.

You want to be a stellar athlete, actor or artist? Get virtuosic with your now. I'm just talking to myself here, you don't have to listen.

The best secrets are hidden in plain sight and this one is no exception. Everyone has known forever about their power being here and now, but we set up theme park Earth to be slightly distracting, to help us wander, get curious, stumble and grope in the dark.

This here and now might not feel like much of a secret, because we are all about suspending disbelief, we don't want to see the green screen or the frayed costumes or the rented sets. We want the maya to matter!

So instead of getting all annoyingly obvious on you, let's do some smoke and mirrors. A tantalizing taste of TEAM DOG's previously proprietary physicality optimization, including practices like unconditional enthusiasm, decisive hallucination, esoteric Hindu posturing, Taoist energy cultivation, sprouted fresh and raw wonder foods, deep Dutch alkalinization and miraculous body work. All utterly non-essential, but taking action is fun! Instrumentality is interesting.

So let's start with the most sparkly practice, yoga. Any truly groovy training program has to include yoga, because, you know yoga! Stretchy chakra commercialized hinduism lite. I don't have my 3 week teacher training intensive certificate yet, so whatever you do, take my yoga commentary with a grain of salt, but be sure it's pink himilayan salt!

Every really badass training regimen should include some martial arts, to release our inner warrior, blaa blaa. I like Tai Chi because it's the stealthiest of martial arts, most gwáilóu think it's only something old chinese people do in parks. That's why we should never go to war with China, their old people will kick our asses.

Plus Tai Chi embodies Taoism. The Tao is often compared to water, and Taoism is a sort of going with the flow. Going flowy is essentially the same thing as...

We are mostly water, 99% by molecular count. Yet when we immerse in lakes and oceans we do not dissolve or disperse, we remain somehow distinct, water within water. Then to move, to slide our separateness through, as fish or dolphin cousins do, to return to our primordial element, all grown up. Then children again, playing in the shimmering stuff, remembering ourselves.

That's the crazy Dutch dude I went to see in Episode 047-048, right after my birthday in 2017. He's fostering a world change through breathing, cold water and mindset, to help us all be Happy, strong and healthy. Here's my first time in my homebrew Wim Hof machine, a 20 year old laydown freezer filled with water.

I'm powered by plants. Often raw. I also eat a little cheese and yogurt so as not to hurt the feelings of the cows, or goats. Mostly though, grains and leafy greens, roots and fruits. With vinegars and oil of olive, coconut and sesame. Spices like black pepper, curry and cardamon. Rice and beans. Quinoa and buckwheat, millet. Seaweed. Superfoods of cacao, chaga and reishi. Local morels and leeks. Goji and longan berries. Watermelon, ginger. Blueberries.

I love to run, barefoot usually in the deep forest or along the beach. In the fall and spring I might wear five fingers to ward off the chill, but I much prefer direct contact, connection of skin on soil or loam. I touch the earth as much as possible, my feet rooted, my skin in the wind or rinsed with rain.

You've gotta love this life. Once I remembered myself and noticed the giant blatant wonder in the middle of my experience. You don't have to die to be in heaven. Like that crazy gnostic Thomas said, Heaven is spread upon the Earth and man does not see it. When first I heard that, I never suspected this to be literally true. This is the best, every moment. 500 or so years at playing the Dan Kelly game. Along with all the plants, lakes, forests, fruits and cacao. We're back to the beginning, the inexplicable. Truly presence is the core, the crux, the cake of optimal physicality, everything else is just icing. Fireworks. Razzle dazzle.

Thinking about conveying presence, I guess I've come to another epiphany about this podcast. In the past I've thought of words as conveyers of meaning, but the experience of meaning is a feeling. Words work when they offer a compelling feeling, whether that's meaning or something else like appreciation, wonder or delight.

I love words and fitting them together, a little alliteration, rhyme and rhythm. The puzzling together of sound symbols is art. The song of the words, how the sound influences the meaning of the sounds. The meaning of non-words, the language of the the unspoken - wind, crickets, waves.

Maybe future episodes of the Daughter of Godcast will explore how we can feel more together, enjoy really excellent translations between my now and yours.