Greetings, this is the Daughter of Godcast, episode 048, TEAM DOG.

Daughter of Godcast is raising money for wild waters! That means this podcast is family friendly and mostly coherent until after the open water swim on August 12, 2017. Bring the kids and grandparents together for a wholesome cognitive rendezvous, right now. 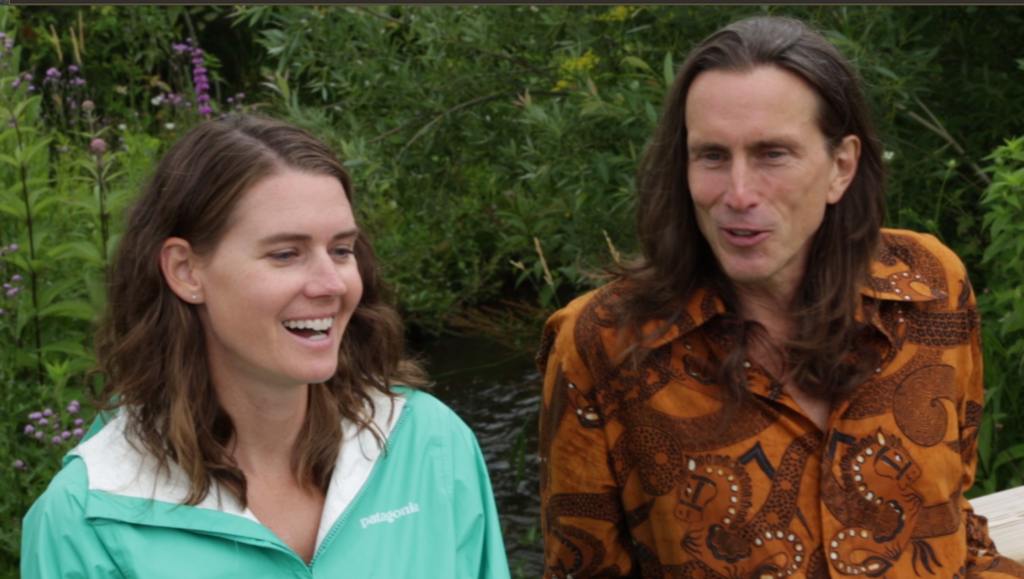 So blaa blaa, Daughter of Godcast, 12 years of movie making, post apocalyptic romantic comedy featurette, Shri Fugi Spilt aka Dan Kelly, the movie that made me, and so on. If this is your first episode and have no idea what any of that means, you may have just stumbled onto your bliss, what you've been longing for your whole life. Congratulations and stick around!

In episode 047, we talked with Christine Crissman about what a watershed is and how her organization, the Watershed Center stewards the wild waters of Grand Traverse Bay.

In this Episode 048, TEAM DOG, Christine and I talk about the Watershed Center's August fundraiser - a 2 mile open water swim in the Grand Traverse Bay. Daughter of God has entered a team, TEAM DOG, me.

TEAM DOG is throwing down the gauntlet, we I mean me are fired up to both be one of the top fundraisers and the top finishers for the swim.

What's an open water swim got to do with a science fiction movie, a post apocalyptic romantic comedy? Daughter of God is a fairy tale about what happens when wilderness - the basis of the global life support system gets taken for granted, that's the post apocalyptic part. But even after a whole slew of apocalypses, love triumphs... and that's the romantic comedy part.

This is certainly an unpredictable podcast, one week we're talking about 12 years of movie making and the next week were raising money for wild water stewardship. I'm just following the recipe from this book, The Surefire® Method for Successfully Releasing Your Surreal Indy Featurette, by Amon Ra. This is a the unabridged english translation of egyptian hieroglyphics found in Australia of all places! Who knew the ancient Egyptians had cinema or even visited Australia, but I guess they did because here's this book and everything we've ever been taught about history is wrong, just like the supposed limitations of your physiology are bunk. Actually this the Starfleet Technical Manual, circa 1975. I'm just totally making up this podcast as I go along. Me and the cosmos. Aren't we lucky there isn't an owners manual for the human experience? Who wants a bunch of rules and maintenance schedules? Way more fun to just wing it.

This has been episode 048 of the Daughter of Godcast, TEAM DOG. I've dedicating several episodes to talking about the upcoming open water swim and the Watershed Center. By helping people to have deep rapport with wild water and involving them directly in stewardship too, the Watershed Center meets my standard for non-profit integrity.

The Grand Traverse Bay in Northern Michigan may be far from you, but all waters are one.

This episode is almost over, so go to www.dog.movie and click on the Blue and White Swim for Grand Traverse Bay logo. Give $11 to help Daughter of God protect wild waters. You'll also be encouraging TEAM DOG to swim our hearts out. And helping fascinating strangers to enter the fold of the chosen, become the audience of my little movie. My 12 year odyssey. We can do a lot of good together with just $11.