Moving right along. We're back with the Daughter of Godcast, episode 046, swim. These skinny episodes seem to be popular. I am also slightly skinnier, having just finished 10 days of the master cleanse or lemonade fast and about to enter 3-5 days of fresh juicing. I'm in training, resetting my metabolism in preparation for a open water swim race this August. Because Daughter of God is raising funds to protect and steward wild waters. 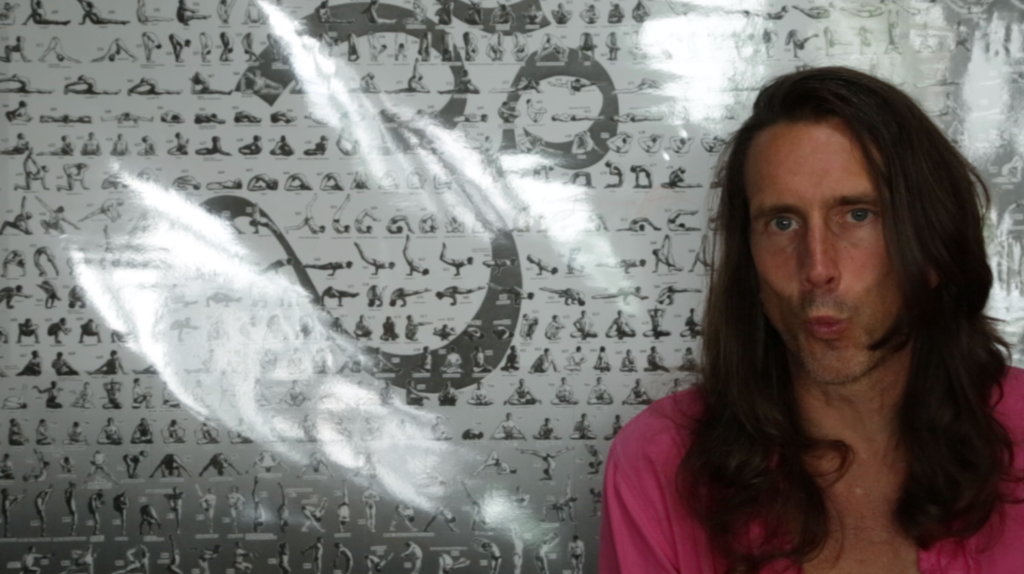 Here in Northern Michigan, there's lots of wild water. We've got Lake Michigan to the west and Lake Superior north of the Upper Peninsula, and if you've never been here the beaches are amazing. You might as well be standing next to an ocean, these lakes are really fresh water inland seas. Also we've got gorgeous rivers and creeks, and lots of smaller lakes, like Crystal Lake, where the Artist house is fortunate enough to have our primary studio.

The Watershed Center, Grand Traverse Bay is a non-profit doing all sorts of stewardship in the region. I've got some healthy skepticism about non-profits, some of them are running a suicidal agenda and others seem to exist just to provide a living wage for their staff. What makes the WC legit for me is their kick ass scheme for raising funds. This August they are hosting their Swim for the Grand Traverse Bay, a 2 mile open water race event, their second.

I believe that low or zero impact open water experiences are powerful for raising awareness and expanding appreciation for our waters, about the value of water everywhere. That's one of the reasons I went sailing in episodes 023-026, to explore how I might translate open water experience to the cinema.

My sense is that if people became more intimate with wild waters, felt the joy of swimming, diving and sailing, stewardship would come naturally. I've dreamed of organizing an open water swim on Crystal Lake, either 3 miles across or 7 miles along the entire length. But I don't know that many other open water swimmers.

We are about to meet more.

The Daughter of God has entered a team (me) in the Swim for the Grand Traverse Bay. One of the conditions for entry is to raise at least $150 for each swimmer through crowdfunding. I want to raise way more - $2018 - to celebrate the theatrical release for this little movie I’ve been making for the last 12 years.

And guess what? Yep, I’m asking you to help get TEAM DOG to our goal of $2018 with a donation of just $11. You CAN give more, but I'd love to see lots of small donations from tons of peeps. Every dollar goes to fund the projects of the Watershed Center, but all your love goes to enliven Team DOG.

In the first 3 days after launching our crowdfunding effort, we raised $300.

Clearly, I'm feeding several birds with one seed here. Bird number one is my love of the wilds, the automatic life support system of the planet Earth. Bird two is exploring crowdfunding as means of inviting resonant crew for Daughter of God's homebrew starship fleet and bird three is yet another excuse for robust physicality.

Sailing around Lake Michigan on a 16 ft catamaran was a sort of analogy for life on a starship, whether something smallish like the Mir space station or bigish like the planet Earth. I pumped drinking water through a ceramic filter, charged batteries from the sun, composted food scraps and poop in the poopinator and stored up trash and even collected lots along the way. Sustainability for the Mir crew was way more fundamental, dealing with severe temperature changes, reclaiming urine, oxygen regeneration...

Earth has been developing basic life support for billions of years, through the wilds - systems so advanced and ubiquitous we take them utterly for granted. Nowadays mostly the oceans and any place on land that humans aren't. The automatic life support system maintains favorable conditions for life in every uncivilized place - rain forest, desert, wetlands, mountain tops. The best thing humans can do to keep Earth's, our life support system robust is to leave well enough alone.

So I encourage very low or zero impact experience and appreciation of the wilds. Like Around Lake Michigan expeditions and now Swim for the Grand Traverse Bay.

Daughter of God is completely funded right through to the finish in 2018, which for an indy project is actually a slight disadvantage. Crowdfunding is certainly about raising money for a project, but the really interesting aspect of crowdfunding is not the money, but the people. If I invest in a project, I'm going to follow that project. I pledge for a movie's swag to show I am into that movie. Giving money is a way of saying I love this, I feel connected, I'm involved

I've been scheming on how DOG could get involved in some crowdfunding, maybe partnering up with a cool non-profit or helping another movie project get going.

This spring, I heard about an obnoxious proposal, powerboat boat races around Grand Traverse Bay in 2018. I attended a Traverse City Council meeting to gauge the public's reaction and to decide whether I needed to rally opposition. Noisy smelly petro squandering is the poles apart from wilds rapport, IMHO, so I'm happy to toss a monkey wrench into the works whenever possible. That afternoon, the room was packed with concerned citizens and almost very comment was against the proposal, except that of event promoter's pretty wife.

One of the opposing voices was Christine Crissman, the Executive administrator for the Watershed Center. She opined that her organization's annual open water swim race / fundraiser would be adversely effected. Open water swim race?! 2017 would be their second year and hey, there's a crowdfunding component. Yay!

I'm inviting you to help me help wild waters for just $11. This is the best way I can imagine to celebrate the last 12 years of movie making as related in this podcast, 46 episodes and counting. Together we back an organization that's walking their water talk, here in the great lakes, the second largest collection of fresh water in the world, by volume and the largest by area. If you've got $11, go to dog.movie and click on the blue "Swim for the Grand Traverse Bay" logo. Do it!

And there's a third bird.

I'm in this for the glory! For the win! For the amping up of my already beautiful bod. But nobody will send $11 bucks to further inflate my zeppelin-like ego, so let's keep the third bird our little secret.

Speaking of swimming and wild waters, 2015 was the summer of the big raft relaunch. Since Keanu Reeves still hadn't showed up, Ben and Bri moved into his Airstream, ready to trade labor for rent.  The plan was an ambitious renovation of summer infrastructure, primarily the big raft. Artist Alex was hired to weld some serious reinforcement on what he started calling the doom raft.

This 20 foot hunk of rolled steel industrial marine dock had washed up on Point Betsie in the 90s. Mike Murphy and I brought it to Crystal Lake, where it became bullet proof flotation for a 20 foot tall cedar tower. The tower had two diving platforms attached, at 8 ft above the water and 18 feet. This incredible contraption was hilarity incarnate for many summers, but eventually the platforms started getting a bit rotted and  dicey and the raft had to stay on the beach. A decade or so went by. Now with the help of Ben and Bri, a summer of resurrection. A new deck, tower reinforcement, new anchors, paint job and new tower hardware and maybe a new tower. We ended up launching the day before Ben had to go back to school, sans tower.

The raft is parked at 20 ft of depth to accommodate the eventual redeployment of the high dive platform and for breath hold practice. 20 feet of depth is about 100 yards from the beach, so swimming to the raft is a great workout. About 80% of that swim is open water. Though working on Daughter of God was the top priority in 2015, relaunching the raft was a nod to Around Lake Michigan and encouraging the direct connection to wild waters.

2015 was a revamping not only of the doom raft, of Rosie's brightwork, of the Hobie Cat armada, but of my own presence. After my brutal birthday, I was doing everything in my power to just feel phenomenal and practice a decisive optimism. I had been given a wonderful gift, shown the general direction of freedom. I now turned my face toward the sun, and let the light warm my skin, my bones. I now had just about all the components required for movie completion. Everything was working out just fine.

You've been immersed in another episode of the Daughter of Godcast, episode 046, Swim.

I'd like to remind you about giving that $11 dollars. The podcast is free, DOG stickers are free. I'm gonna train and swim 2 miles whether you back TEAM DOG or not. Why should you bother? What's in it for you?

A better question. Are you ready to be magic? I've been deliberately getting magic for almost year now with this gentle release. I'm feeling pretty tingly. Giving $11 is a shortcut. Celebrate with me and step into my stream, my fast flowing energetic party. You give $11 dollars, you are going to feel a part of this movie way more than before. I'll see you. I'll be feeling you... and so will she.

After 46 episodes, you've got to be feeling her. The Daughter of God I mean. She is real. She is coming. She's all you ever wanted. She is you. $11 dollars to TEAM DOG is one energetic penny tossed into the wild waters of eternal life. Or drinking a self love potion. By giving $11 dollars or a deploying a sticker or listening to a podcast episode, you are hooking into strange and wonderful magic. $11. A better question. What will happen to you if you do?