Tada! You're opening Episode 038 of the Daughter of Godcast, Boxes. What's the most important part of a box? The space inside. Boxes hold, contain, define. Whether cardboard or conceptual, boxes are the boundaries we can travel to and trespass. Each episode of the Daughter of Godcast is your weekly re-birthday present, tear away the paper and ribbon, and get gifted. Every week around Thursday morning, wake up and find another box, waiting.

My name is Dan Kelly, aka Shri Fugi Spilt and I might also be a sort of box, full 4th phase water, the fundamental packing peanuts of biology. Bubble wrap can be fun, but obviously, you're looking for what the bubbles wrap, what the packing peanuts protect. I've flopped my flaps wide and invited you to peer in, to see what stirs in my dark corners, way down there. Together we've sawed port holes in my big box and are playing spaceship, or fort. 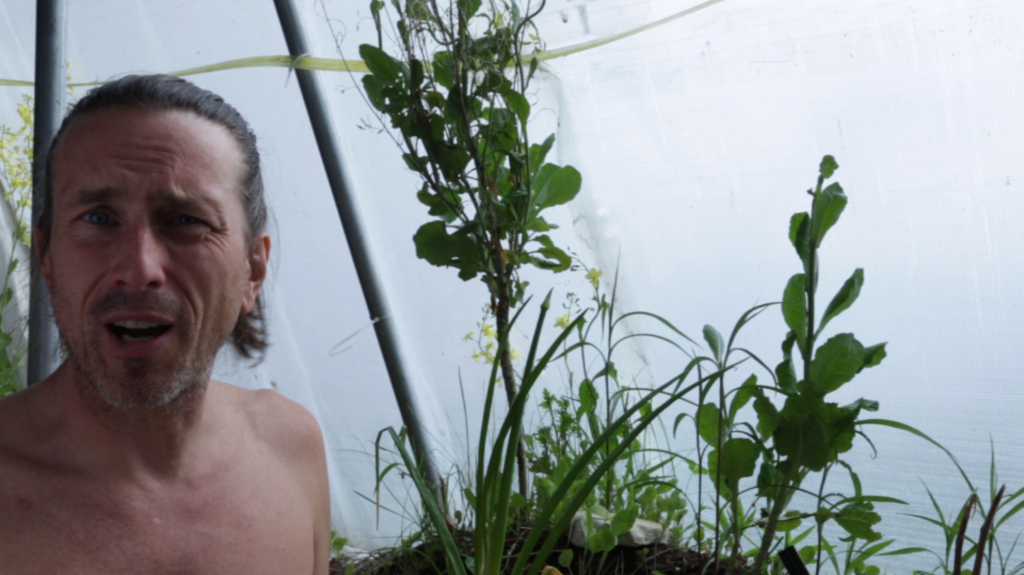 In episode 037, after gathering almost a decade of notes into the deep archive, I was ready to complete Christina's changing sequence. This scene is a micro intermission between Christina's dead uncle's delivery of the news that she was going to give birth to the Daughter of God, and Christina going to visit Gerry, the recluse down the hall. Christina is trying to find the right look for the occasion, eerily dancing in and out of various costumes.

The spooky musical arrangement pulled off by mix master Ndong Essinga and my slippery editorial was already a killer combo, I was excited to add the turbo boost of animated boxes.

Back in April of 2006, Melonie and I had crammed the cabins and hallways of the big boat full of ordinary Uline cardboard cubes, placeholders for hoarded supplies. After primary production I re-imagined the boxes as mediatronic, swiping an idea from Neal Stephenson's Diamond Age. The boxes were now both carriers of subtle backstory and a sneaky cognitive camouflage that busies up the scenes.

Wait a second Dan Kelly aka Shri Fugi Spilt, or whatever. Are you going to do an entire episode on boxes?! Cardboard boxes?

Oh yes! Yes, I most certainly am.

The following excerpt is from a design reference created in 2008, when I was trying to ensnare other artists to collaborate on fleshing out the DOG universe.

The Book of DOG

we see relief boxes stacked in every nook and cranny. Story-wise, that implies that some person in the DOG universe got the design of the relief boxes right – primarily what’s inside but also how they look, transport, stack etc. The refugees consider the boxes so valuable that they don’t mind the clutter.

In 2006 when I directed the production crew to stack blank boxes all over the ship, I knew that they were relief boxes and that the refugees were stockpiling them, but that’s all I knew. Now we have to either 1) keep the boxes blank and leave the audience mystified about their origin and purpose or 2) develop a relief box design that implies that these boxes are very valuable.

If we choose #2, it’s clear that the person who designed the valuable boxes was competent, that they did their homework and got it right. Here is the trick – I want to know about the designer because that’s who I am going to become, I will enter the DOG universe as that person. So in this sense I am an actor/designer.

Continuing with the relief box example – What would really effective disaster relief look like? Folks are hungry, thirsty and maybe injured – so food, water and medicine are important. To discourage hoarding and make sure everyone had a chance of getting the supplies, they are air-lifted and dropped over a wide area. To get the maximum nutrition to weight ratio, the food component is freeze dried – dehydrated. Alternately, various sproutable grains and seed are also included with a simple sprouting kit. Survivors are thus provided with very high quality fresh food source for weeks after the disaster. In the case of flooding the availability of water is not an issue but making it safe to drink is. A solar powered water distiller is very important because distillation removes not only bacteria but toxic chemicals that one would expect to find in a flood zone*. Of course, personal hygiene supplies like condoms, sanitary napkins, toothbrushes and the like are very handy. Finally, survivors need to communicate with each other and the outside world, so low power cell phone sized shortwave radios would be great. ••• Notice how much storytelling is happening here. In the real world, objects have history and context. Each design or illustration is a chance to tell more of the story, to riff off the existing narrative and elements. ••• After all this, I extracted the following categories…

The categories can be used as a listing of contents for one all purpose box or for creating totally separate classes of supplies.

[Posted 04-21-14.] As I write this I thought up a couple more. Social games, encyclopedic reference and large towel. Folks need some fun, knowledge is good, and according to the Hitchhikers Guide, a towel is very useful.This kooky sidetrack suggests a visual gag. There are lots of boxes in the various scenes. Maybe certain boxes are associated with specific scenes and as the movie progresses through each scene, the labels on these boxes could get more and more bizarre. So maybe by the time we hit the home office scene we’ll be using LARGE TOWELS or whatever. Also, boxes could be added to the last three Uncle Joe scenes for continuity and added fun.

After 038 episodes, clearly my movie making is all entangled with my life living. And yet, I have only started really living yesterday, a few moments ago. Oh, so that's what life is! I feel like I have this epiphany every other day. You'd think I wouldn't be shy about telling you this or that secret about myself, but evangelizing can be tedious. The compulsion to share vital awareness...

The Earth is our mother! Eating meat makes you old, raw food turns back the clock! Dealing with acute bursitis? Forget about hot and cold packs, you need DMSO! OMG running barefoot on trails in a forest full of unfurling buds and fresh pollen is the BEST EVER!

Are we still talking about boxes?

The specifics of what works for me, this may or may not translate. I've known full on gurus in the yoda sense, I've trained under a bonefide yoda, just like Luke Skywalker. At least two yodas. Did you know that yodas actually exist? People call Star Wars a kids movie, number 4 I am talking about, back from 1976. Most fans of the franchise weren't even born when number 4 came out. How many have since yearned to feel the force, to find their own Yoda?

That's just a movie, c'mon. I'm here to tell you otherwise. George Lucas didn't invent sages or the ground of being. Neither did Joe Campbell. These are givens in the human experience. They are ever present, available right now for the asking, for the allowing.

Here's the we-ness theme kicking in again. We might yearn for a yoda and we might be yoda.Parents can be yodas, my parents definitely had some anti-yoda aspects. Which fires up the yearning for yodas, so that's totally ok, the adventure of life starts where ever we are. Who are you a yoda for? Are you neither a yoda nor a yodee? What's your operating mythology?

Milagros has been listening since episode 001, and she tells me that the movie making blather is less intriguing to her than my vulnerable moments, where I talk about my feelings. There are likely other folks who would opine the flip - get over yourself, Dan Kelly and talk about the project.

By talking about the boxes, (remember the boxes?) I'm talking about both at the same time. I'll likely please neither camp, but stubbornly, I continue to just be me. Tuning into my strongest signal.

What about those boxes!?

The Book of DOG design reference was my trying to guru other artists on how to dive into the DOG world, to design within the world, as a character there. To cross over with me, from this world to that. No one else was willing in 2008, so in 2014, I shouldered my pack and tromped in solo. I gleefully filled the DOG universe up with myself.

The universe of boxes

From containers for supplies that the refugees horded, the boxes became civilization restart kits, with inspiration from Marcin Jacubowski's 2011 Kickstarter project the Global Village Construction Set. Boxes as anarchic assertions of fundamental human rights. Then a self sustaining low resolution reiteration of global digi-presence. A mostly benign cardboard skynet.

And we haven't even talked about the ads yet!

You've unboxed episode 038 of the Daughter of Godcast, multi-orgasmic media delivered weekly, safe when used as directed, a powerful placebo. With only thoughts and feelings you surf the cosmos, needing nothing at all, not even this podcast, just the steady radiance of what you already are, thrum thrum.

I might be a Yoda, subtly nudging the world with this podcast, more likely I am merely nudging myself, reminding myself of what I already know, which is what Yodas and best friends do. If you hear me too, all the better.

The Daughter of Godcast is proudly supported by Clooney BurgersTM, the premiere American feast, featuring 100% certified celebrity meats, tank cloned on site in their fully automated kitchens. Safe and so good! Get Aristocratic with the new Royals Menu! Clooney BurgersTM, Eat the StarsSM.