Episode 004
Five to Ten in the Canadian Slammer

Back in Episode 003, the ultra easy became way complicated when a swirling vortex yawned open and swallowed the project. Carmen, my female lead couldn't legally work in the USA, so we moved the production to Canada. Then, Maho found a big boat to shoot on in the province of Ontario, clearing the way to restoring the script's post apocalyptic context, which opened a whole other can of worms. On my way to eyeball this can, less than a month before we're scheduled to start shooting, my alleged sex crimes prevent me from entering Canada.

Since this is Episode 004, you might as well admit that you've been sucked into the lightning streaked vortex too, and you're kinda liking the ride. This might be a good time to drag ten of your most trusted allies into the gaping maw of the Daughter of Godcast, because the story only get's weirder and more paranoid from here on, and you might need some peer support to make it through alive. Just saying.

You're going deeper, poised to slip past the outer edge of the inner circle. You're about to be initiated into one of the most closely guarded secrets of this podcast. This is your last chance to turn back!

Episode 004 Five to Ten in the Canadian slammer

I love Canada. I've partied with friends in swinging Toronto, attended the 1996 CHI conference in Vancouver, BC, and crossed the Peace Bridge countless times traveling between NYC and Michigan. As recently as January of 2006, I had driven up to Montreal with Laurence Schroeder and two other artists, Jung Woong and Valere for a long weekend of snowboarding.

Negotiating with Sonya De Mambro of the Canadian Entertainment Division to get work permits for the cast and crew was a piece of cake in contrast to the pointless application and denial by with US immigration for an H2B visa. Fine, we'll just enhance the Canadian economy with our juicy production budget. 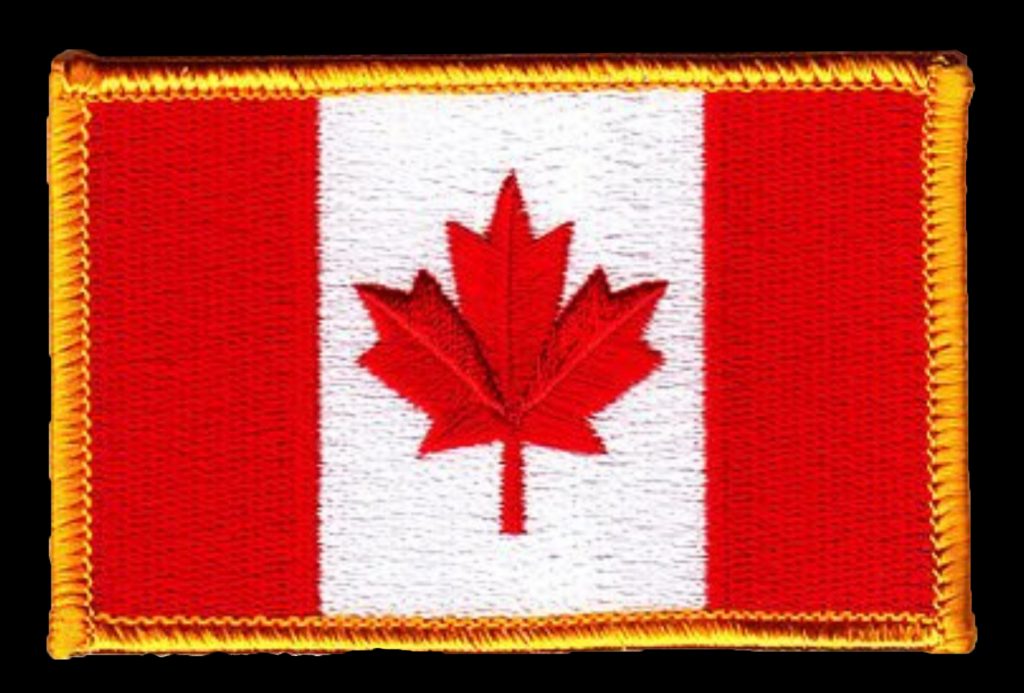 Ann Blake of The Marine Museum of the Great Lakes in Kingston Ontario offered us 10 days aboard the Alexander Henry with support staff for $5000 US. The ship wouldn't be ready for guests until May so we booked another b and b close by and a fantastic vegetarian restaurant in downtown Kingston, the Sleepless Goat for supreme craft services.

On March 22 I drove 6 hours through the boondocks of upstate New York anticipating a tour of the Alexander Henry and a heavy session of production planning. I rolled up on the Canadian border at Landsdowne and wearing a broad confident smile, handed my passport to the agent in the booth.

He asked, "What are your plans in Canada?"

He gave his screens an extended stare and said, "Pull over."

I pulled over and parked, and another customs agent started to inspect my Honda Odyssey. We chatted amiably, did I mention I love Canada? He found my SLR camera, extra merino wool long johns, organic celery and...

"Step back from the vehicle! What is this?"

The agent was brandishing a copy of The Concealed Handgun Manual, How to Choose, Carry and Shoot a Gun in Self Defense by Chris Bird. The National Phenomenon Second Edition. I had bought it on a whim years ago and forgotten it in one the random compartments in the back of the van. 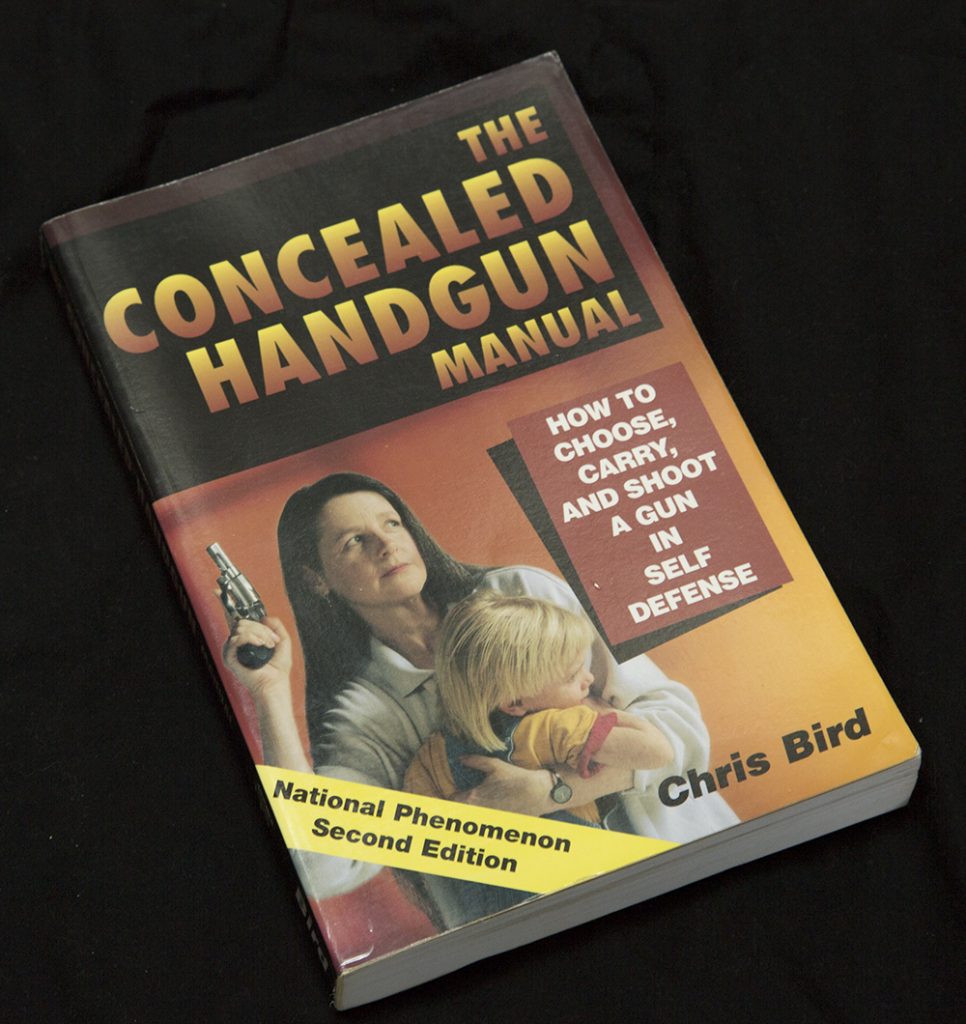 "Sir, are you transporting any weapons in this vehicle?"

I thought fast. "No! Look, I'm a filmmaker, it's for research. I buy lots of books for research. People have guns in movies.  I don't own any guns. The most shooting I've ever done was plinking soup cans with my friend's father's 22." I may not have said ALL that, I was just trying to sound sincere, which was tricky because well... I was sincere.

"Well, what was I supposed to think when I found this?" He sounded kind of apologetic. I love Canada. Inspection over. I entered the border control office and handed my passport to yet another agent behind the counter. She was rather attractive, I couldn't help but notice as she brought up my information. I wondered if perhaps I might ask her out.

"Were you ever convicted of a crime? She asked.

She turned her screen around on the counter so I could see. There was the action with the Traverse Eight, what the rabid prosecutor had patriotically felt were appropriate charges for laying down in front of army reserve tanker trucks - criminal trespass and molesting workers.

I told her they were from an protest in opposition to the Iraq war, and that all the charges were essentially dropped.

She helpfully explained, "There are three boxes here - the initial charges, what you're tried for and the judgement. The first box has your felony charges. The other two boxes are blank, so your record appears as if you haven't gone to trial, there has been no resolution. Molesting workers in Canada means sexually molesting workers. You can get 5 to 10 years in prison for that here."

Her eyes we were not flirty, not even friendly. As far as she knew, I could have broken into a office building, had my way with an elevator full of secretaries at gunpoint, been arrested, jumped bail and was now fleeing the country. As a representative of law and order, she likely wasn't into bad boys. Forgetting completely about the big boat, I watched my scheme of getting with her take a torpedo amidships. I was feeling not a little annoyed.

"Look, this was a war protest. The prosecutor reduced the charges to blocking traffic, not even a misdemeanor.  I am planning to shoot a movie in Canada in April, I've gotten work permits from the Canadian labor board. What can I do?"

"Go back to the jurisdiction where you were arrested and obtain a notarized copy of your complete records, then come back to this border location and we'll fix your records here in Canada. We can't do anything about your FBI records in the USA, but you'll be able to enter our country." She was kind of sweet on me after all. Or maybe just Canadian. I smiled and thanked her.

I jumped back in my van, turned around, got a brusque wave through by the troll-ish US border agent as I re-entered 'merica and then settled into the 6 hour drive back to Brooklyn. I got on the phone to Traverse City Government Center and asked about my records. A typically friendly Michigan lady looked me up.

"Well, they look good here, everything is complete."

"Why would my FBI records be incomplete?"

"I don't know. We transmit everything to the FBI once the case is closed. Couldn't of happened on our end, that's just not how things work here."

I requested a duplicate for immediate pickup. Melonie Steffes, my painter friend living in Honor, Michigan was scheduled to join the DOG crew as an Assistant Director. I got her on the cell and she leapt into action. She drove to TC, grabbed the records, had them notarized and dropped off at Fedex. With luck we'd only be slightly behind schedule.

On March 27 I drove back to Landsdowne and once again met with my attractive border officer. She seemed preoccupied, my triumphant return to Canada and exoneration didn't make much of an impression. Maybe she liked bad boys after all, like in Raising Arizona. She fixed the Canadian version of my FBI file, advised me to keep the notarized records with my passport just in case, and allowed me to enter her country. I didn't ask her out.

The Alexander Henry was truly awesome! Complexity be damned, this was the location. Besides, time had run out. Production scheduled to start on April 10, now just two weeks away. 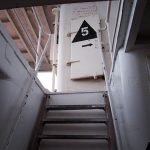 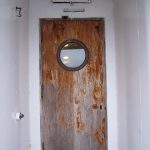 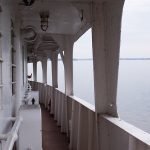 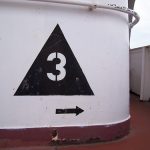 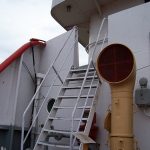 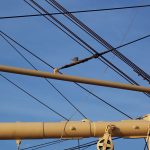 You're initiation is almost complete. Now you get to find out the most closely guarded secret of the Daughter of Godcast podcast.

The audience for Daughter of God... is you, and everyone else like you."I'm special, I don't know any other people like me," you might be thinking. Yet. That's the beauty of this podcast. All over the Earth, strange attractors similar to Daughter of Godcast are popping up, (visualize web enabled mycelial mats or thorny black locust saplings growing into radio telescopes), and transmitting, calling every dreamer, closet optimist, super freak, volunteer outcast, and unwitting super hero just like you and me.