This month August 2016 starts the gentle release of a project started 11 years ago this September, Daughter of God. I reckon by now most of my friends and family think this movie is a myth, a hallucination. Even the cast and crew have long since given up asking. Several people I wanted to invite to opening night have selfishly up and died. The last thing anyone expects is absolute and total completion.

I have enjoyed a perverse satisfaction presenting as a poser for the last decade, weeding out the unimaginative and painfully pragmatic. That's over now. Those who truly love me have not been fooled... and they will be richly rewarded.

If I just rolled my baby out of the shed right now, all sparkly and gleaming, there could be a rash of fainting spells, apoplexy, governmental collapse, spontaneous pregnancies... so we're going to take this slow and easy. Maybe you think I'm just stalling for time, that it's still NOT totally DONE. Maybe you'd be right. Maybe you can just go pound sand.

So let's begin with a story...

I arrived in Palm Springs on a big old jet plane. This is September, 2005. Back in those days I still flew in jets, before I realized what a nasty fuck you to planet Earth flying in jets was, I mean is. The spooky consequences of kerosene combustion in the lower stratosphere. Forget about the carbon footprint. Forget even about corn syrup junkies overflowing their cramped seats and pesky skyscrapers always getting in the way.

I didn't make hotel reservations, just started calling around for vacancies when I hit the terminal. The Palm Court Inn was all pastel California cute and reasonably priced. The Palm Springs Short Film Festival. 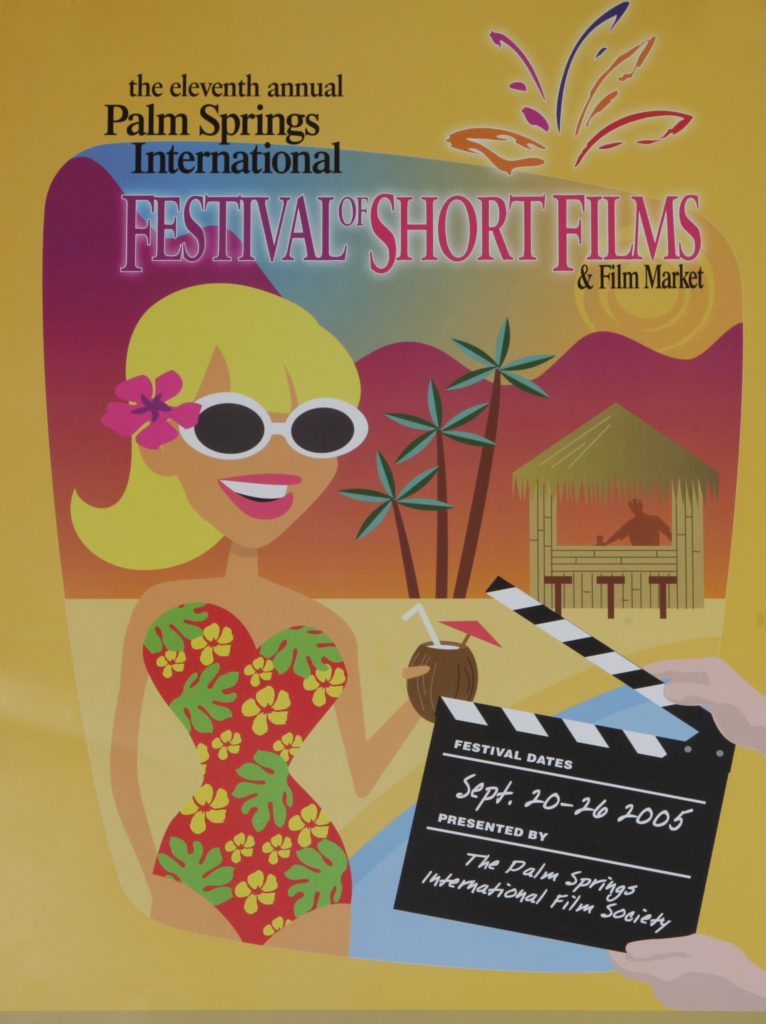 My first festival and attending as a filmmaker. Editor actually. Also continuity repair and soundtrack. What De Niro's character pulled off in Pulp Fiction. After months of triage, I had unexpectedly made Michael Aaron's student project, Blind Date, watchable.  This narrative short had been subsequently accepted into the Short Fest's film market. Although Micheal and I had fallen out since, I wanted to see what festivals were all about.

I went to workshops and panels, made copious notes, saw tons of short films, hung out with groovy kids. There's that stale joke about the dad in the modern art museum who says, hey, my 5 year old could paint that. That was me. Hey, I could make that movie. More to the point, I can make a better movie than that one, or that one... Holy shit, I want to make movies.

Now this seems like an odd epiphany at the age of 42. I'd been making movies my entire life. My brothers shot stop action and dramatic shorts with me and the neighbor kids when I was in grade school. In high school, my best friend Chris and I shot a short science fiction epic for an Astronomy extra credit on Super 8, that was before the Mormons got him.

My buddies Bob and Mark and I recorded endless hours of Andy Warhol style video dinners in our young 20s, I shot scads of 16mm with my hot film student girl friend Barbara Jo in my late 20s. In my 30s I edited and did a little freelance production for Richard Brauer, when I wasn't selling Macintosh computers or coding games.

I remember sitting with Rich in his truck in the early 1990s, driving to a job. Rich came out of the closet with his plan for cranking out B horror features, and I was kinda judgemental. "OMG Rich, is that REALLY your dream?" Like I knew what someone else's dream should be. And he's since had a lot of fun making them. He's Northern Michigan's Ed Wood, and I say that with respect. Ed Wood was amazing. Ernest Borgnine was Rich's Bela Lugosi! The parallels are uncanny, tho I've never seen Rich in cashmere.

Yeah, so film, movies. I'd been making money on the periphery of the media universe for three decades, tinkering with gear, trying this and that. All that time I lacked something - gumption or self confidence. I felt brilliant and destined for great things, but deciding to be great was a fuzzy notion I was perpetually groping towards. That's the kindest way to say it. Also, my freelance lifestyle budget doing media in Northern Michigan at the inception of the internet? Not exactly abundant. Of course, that's just a factor, not a valid get out jail free card. Money isn't the essential ingredient in the recipe for bliss, just like you don't need eggs or even wheat to make kick ass pancakes.

Back to Palm Springs. Here I was Forty Fucking Two, the ultimate answer to life the universe and everything and what the hell? These people are making movies, I am as cool as they are, I want to make movies, too. I felt a bit pissed. Something clicked. Finally.

On the second or third night I wrote the script Misdirection in one sitting, which starts with a cryptic scene between a woman and her dead uncle and then swerves into various diverse vignettes in the same world.

Now, perhaps one should not decide to shoot the first script that the universe offers. I wanted to write at least 5 scripts and then decide which one to shoot. I developed the first scene into the screenplay for Daughter of God. 10 pages, so 10 minutes of movie. Doable for my first short.

However, the main character Christina seemed impossible to cast - a mystical, mkultra-ed ingenue. I started working on the other 4 scripts. Then I met Carmen Althaus. 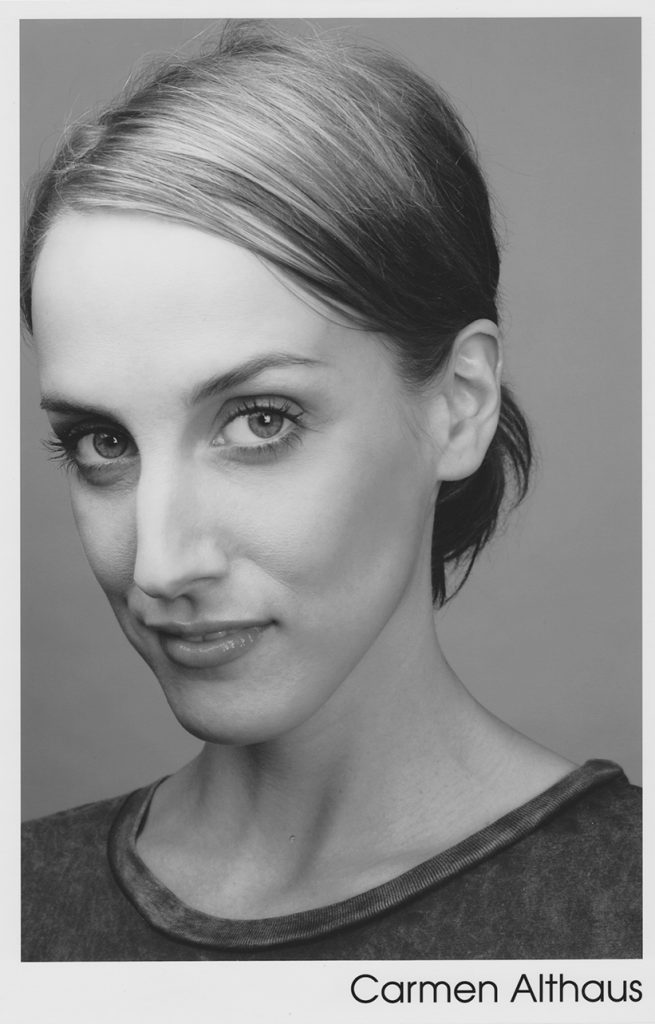